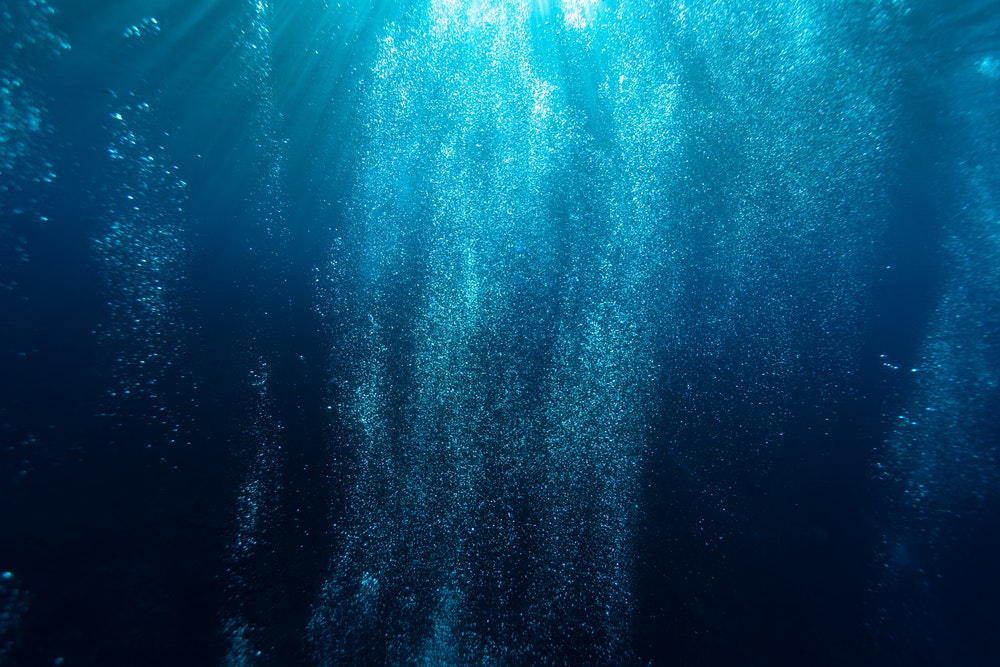 As you look up from the forest floor, you can see a slender looking Nightwing-Seawing hybrid staring down at you. Zircon's build is nothing special. She could be called tall for her age, but that's a detail most won't notice unless it's pointed out.

She has a slender build, like it was built for running, when ironically she is terrible at running. Zircon's reflexes are probably the only thing that reflects her build, being able to react quickly to anything.

Her scales seem to reflect the night sky. It's not exactly pretty, but her midnight blue scales do look like a kid just mixed some blue and black together, the source of her name. She has pure white horns, and a light blue underbelly, reflecting her Seawing genes. Zircon's light purple wings have star patterns on them, looking like someone took a bucket of stars and flung tham at her wings, making them more like a mess of silver than the actual night sky. Her webbings oh her spikes and talons are a lighter blue, fading to green, just like her tail.

She has a Nightwings body shape, with webbings on her spikes and talons, which would help her swim if they weren't so pathetically thin that they can't hold any water to swim with. Despite that, Zircon is still good at swimming, just not as a Seawing would normally be.

Her stance would seem pretty threatning to be honest. She holds herself tall and alert, even when she doesn't realize. Her scales seem to be pretty dull, but sparkly in some areas when they are constantly wet from water from swimming.

Zircon's expression is normally a poker face. Maybe you could catch a smile or frown, but it's pretty rare, only really happening if the situation makes her extremely happy/sad.

Because of her ADHD, she is always moving. If you saw her in class, she is always figeting with a pencil, ripping some paper, tapping her talons, or something like that. It gets annoying, but most dragons get used to it.

Zircon never wears any jewelry. The only piece she'd ever worn in her life was a bracelet for a day. She feels as if they just restrain your body movement and hurt you.

At first, most would describe Zircon as your typical shy girl who hates talking to everyone, and basically the one that's easy to ignore. However, she is the complete opposite of that if you get to know her.

She is sometimes happy, and at these moments, she seems pretty shallow, just laughing at everything, and Zircon knows how it makes others feel about her. She really doesn't care, since she likes to enjoy the times she really is happy.

Most of the time though, Zircon is seething with anger or sadness. She likes to lock herself in a room sometimes and just break things, or virtually break things online. She's mainly tried to hide it, and it's worked so far. If she's sad, she used to just cry, but at this point, she's founs out how to hold back her tears. Normally she'd just wait for nighttime, and just cry herself to sleep.

Despite this cycle of sadness and being mad, she normally acts how she wants to feel, and it can trick her mind into believing that she really does feel like that. One of Zircon's favorite things to do is to imagine that she was one of her favorite book characters, and act like them, which is normally sarcastic and funny, but depending on what book she was into at the moment, it can change, making most dragons confused about her real personality. It's sort of like a gamble everytimg you talk to her. One day she could respond nicely, the other she could respond with a sharp insult, slam the door, and leave.

Daydreamer would be the word to describe Zircon in class though. SHe likes to imagine herself, but with everything that she'd always wanted to be, in a different universe, normally in a world of a book series. Normally that character would be a Mary Sue, and now that Zircon is older, she realizes this, but doesn't care. She likes to spend classtime just daydreaming, and everytime a teacher calls on her, she doesn't know what to do, and just stutters.

As for her hobbies, archery and swimming are pretty high up on her favorite things. Despite the fact she hates most sports, she loves those two things. Archery has been her goal since she was 6(in human years). Zircon had always dreamt of being good at it, and when she started classes, she really wasn't great, but she still liked doing it. Swimming is something she's been doing for a while, and enjoys in too, even if swim coaches can get annoying.

Zircon also loves to draw and write. She'd always written her her mind in her daydreams, but she'd recently started writing actual stories that made sense. She enjoys it, even if most assume she's bad at writing since she is terrible at writing essays. As for art, she can't draw humans/scavengers, but she still enjoys drawing other things, especially dragons. It's sort of like therapy to her, even if she's not great at it.

For some weird reason, she also loves nature and the ocean, despite the fact Zircon spends all day inside her house. SHe'd get unreasonably exicited to go on trips to the forest and beach, and she still hasn't figured out why.

Zircon doesn't really hate anything more that little dragonets. They seem too happy and innocent, and everytime she sees a dragonet, she just wants to strangle it.

Other than that, she really doesn't hate anything. She tries not to take things for granted, and just tried to appreciate everything.

Zircon loves animals a bit too much. In her eyes, humans are the worst animals, and anytime someone kills even a fly, she screams at them.

Her self worth is way too low to be healthy, and she knows this, and tries to ignore it, but it never works. Zircon will always try to act overly confident because of this, and a lot of dragons mistaken her to be narcisstic.

Zircon hatched to two upper-middle class dragons. She'd never really felt overly rich, despite the fact she went to a private school. She'd had a pretty normal life for the first 7(human) years.

Her parents had always expected her to be a great student, and she lived up to the expectations until second grade. When she hit third grade, she got a B on her report card, and her parents blamed her friends for this. They forbid Zircon to be with two of them, who were the "worst" out of all of them. Zircon had ignored this and continued being with them, and in fourth grade, her grades improved, and her parents thought that her friends really were the problem.

In fifth grade, her grades were worse. Zircon had felt even more pressure to be better, but she still stayed with her one remaining friend, since she was incredibly bad at making more friends. In the middle of sixth grade, her friend left. And she was left all alone.

In this time, she developed a hate for everyone. SHe still loved her parents, but she barely saw that anymore, and had no friends for a long time. She was lonely, and fell into a state of depression, and around this time, her piano teacher had gotten more strict, and her brain made every little critique by him a statement of "your more worthless than a dead bug." It didn't help that she felt the same way about her swim coach. For around a year, her self-worth was incredibly low, and she had breakdowns very often

Finally, in eight grade, she started talking to a popular girl in her class. She turned out to be pretty nice, and they became friends. Being the popular girl, her friend introduced her to everyone else, and slowly, she started having friends again. She still had breakdowns, and it's still a longs process with her self-worth, but she feels like she's getting better, even if she still hated everyone.

Zircon is now going to high school, and she's slightly scared to have to start over with friends, but she's ready to start over, and leave behind her mess of a life from her old school that she had grown up with. Zircon hopes to get good grades in math, even if her hopes for all the other subjects weren't high, since she really wants a job in math or coding when she grows up.

"SHUT UP OR I WILL KILL YOU, TRACK DOWN YOUR CORPSE, THROW IT INTO A VOLCANO, AND SMASH THE VOLCANO WITH ANOTHER VOLCANO!"

"I mean, if there are no objections, I'll just make one up."

"So according to the laws of gravity, all things should go down. So if my happiness is going down, I should be blaming gravity."

"Normal is just what everyone is on the outside. No one is normal within."

"Well, if you don't know what it's used for, just assume it's for murder."

She hates tomatoes and pineapples, but loves all other fruit

Plays violin, but hates piano with a passion and it can go die in a hole

Dreamed of playing violin since she was 5(human years) and after she quit piano, she started it

Night Owl and a early bird, meaning she gets around a maximum of 4 hours of sleep per day, which probably isn't healthy

Math is the best subject and spelling sucks 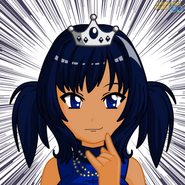 Zircon as a chibi human by Ronin

Zircon's ref sheet by me. Please use this when drawing her! (Ignore the necklace, I got rid of that in the revamp) 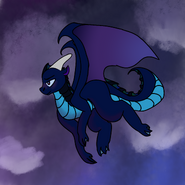 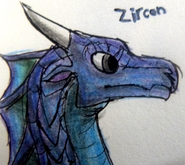 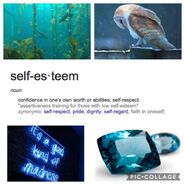 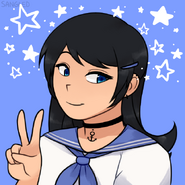 Zircon as a human by WildKadachi!

Zircon on the cover of Midnight by Hazeart!

By Silverblaze!
Add a photo to this gallery

Retrieved from "https://wingsoffirefanon.fandom.com/wiki/Zircon?oldid=2096366"
Community content is available under CC-BY-SA unless otherwise noted.