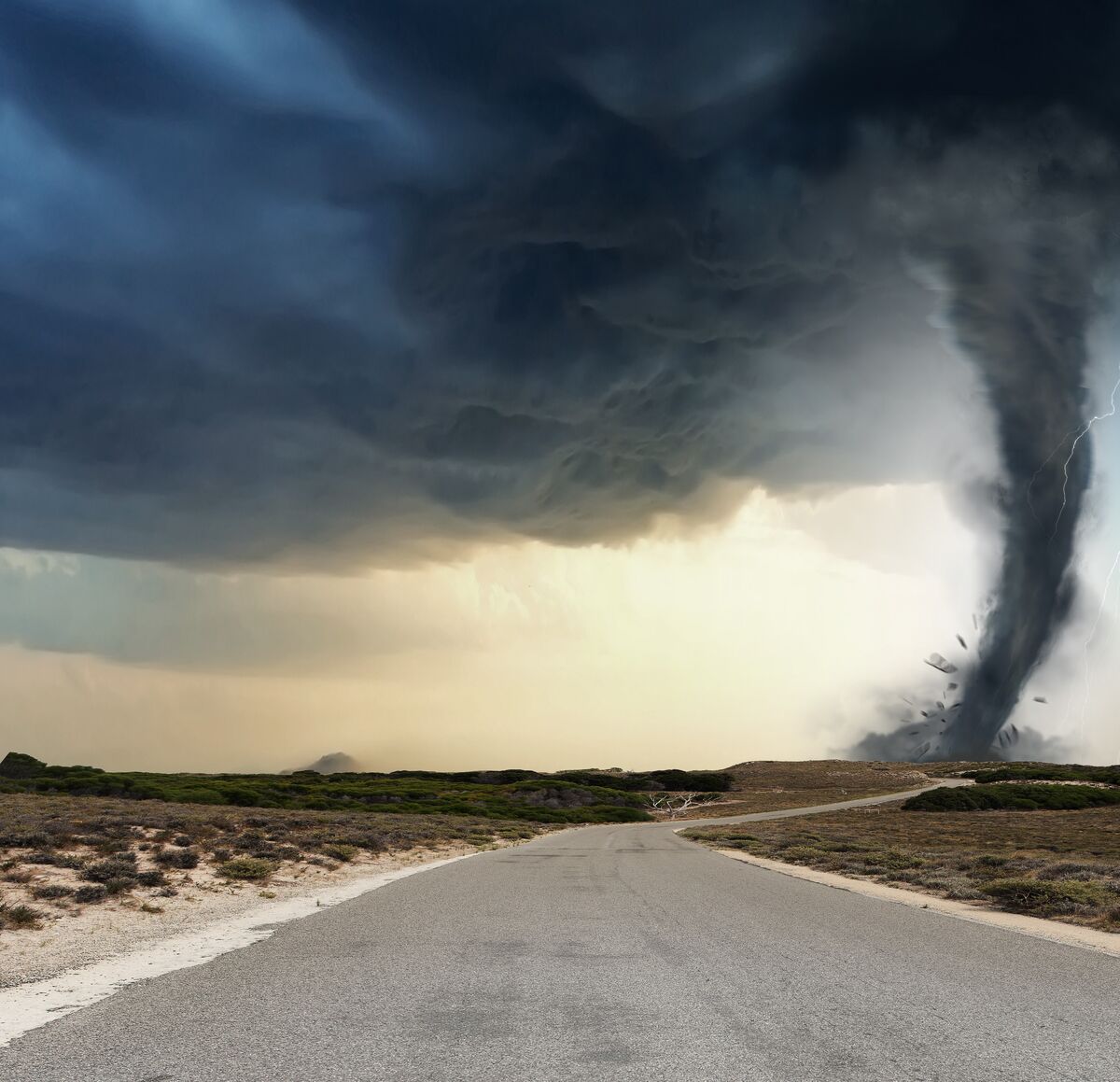 Tornado is muscular TempestWing. He has unusually large wings which allow him to fly really fast.

His main scales are dark grey and his belly is a lighter shade of grey. His wing membrane matches his belly and has green tattoos all over them. His stripes are bright green and match his transitional scales and eyes. His horns and claws are light grey. His spine is extremely dark grey and almost black. His whole body has a tint of green and his eyes are yellow.

For accessories, Tornado doesn't like to where much but he will where a silver armband from time to time. He will also where a satchel around his neck if needed.

Tornado is very bold and brave. Sometimes he can be stupid though and do silly stuff such as divebombing from 10 feet in the air. He has a large ego and thinks he is really awesome. He is very protective of his friends and will get aggressive if necessary. In his spare time, he enjoys flying around with his friends and doing small flying competitions to see who can fly the fastest, do the most daring trick, who can swim the fastest, and his personal favorite, who can roar the loudest. When alone, Tornado is usually seen practicing his aerial moves. His personal favorite is his wing gust in which he flaps his wings forward so fast it creates a huge gust of wind that can knock a flying dragon out of the air. Other than practicing moves, he likes playing with cards and enjoys a good came of solitaire or liar. He has a few small hobbies such as making leather pouches and satchels along with carving small stone figures; his main one is weapon forging. He is best at axes and daggers but hasn't quite mastered a sword since he can never get the blade straight.

H I S T O R Y
Born to a TempestWing general, Tornado was expected to be well disciplined and join the military. The first three years of his life he was well disciplined and trained as a soldier in the Storm Force. Unfortunately, his father was demoted after an accident of recklessness injured is troop. His father was sentenced to prison for 30 years leaving Tornado's mother responsibility for what happens to him. His mother was much more softer than his father and let him get away with more things. With all this new freedom, Tornado forgot all about his discipline and became a rowdy dragonet. As he grew older, he grew more rebellious and started getting into more trouble with the public. He started a bad habit of sneaking money from dragons who weren't looking then at night, gambled with his stolen earnings. One day he was caught in the act and arrested. The judge gave him the option of either being sentenced to prison for 20 years or serving in the military for 10. Not wanting to be locked up and taking the shorter option, Tornado chose to join the military where he was taught proper respect and discipline. The first years were hard and tough for him having to retrain his thought process from mischief to listening and obeying commands. During this time he made good friends and even got promoted to captain. When he wasn't training, he and his friends would sit in the bunkers playing card games and telling stories. Once his ten years were up, Tornado chose to stay another two years then retired from the military. In his 12 years in the army, he ever saw battle, but did come close to it, the commander caught word of an ambush on the Palace and ordered 1000 soldiers to its defense. Tornado was one of them and took position near the entrance. Nothing happened that night and it was assumed the threat a hoax made by an outlaw trying to stir up trouble. Now out of the military, Tornado wasn't sure what to do, so he returned to his mother who was overjoyed to see him again. He stayed with her a few weeks before he found a home in Saltwind. Here he began work under a merchant for a year. He resigned since he grew sick of only moving merchandise from boat to shop and shop to boat. Instead, Tornado found a place at a smith shop who needed a desk greeter. Tornado took the job and worked there for the next 5 years. During his time there, he learned how to work with hot metal and forge swords, spears, axes, and small knives. He also liked how some weapons from this forge were donated to the military and he sometimes wondered of he ever used a weapon from there. The owner of the forgery retired and gave ownership to Tornado. Today, Tornado works at his shop he renamed Storm Swords and Weapons.

(Ask to be added to relationships)
Text Here

Retrieved from "https://wingsoffirefanon.fandom.com/wiki/Tornado?oldid=1394044"
Community content is available under CC-BY-SA unless otherwise noted.