She is a young adult Nightwing with midnight blue scales, and a pale, grey, underside. She has silver scales behind her eyes, which are emerald green, and a wing pattern that resembles galaxies. As for jewelry she has two silver earrings that look like miniature moons and a silver bracelet on her left arm.

She is kind and generous, but lost her loyalty when her queen betrayed her.
Normally she acts like a normal dragon, but occasionally as a side effect of being
mistreated, she will have a crying fit, thinking no one cares about her anymore.

Soulstealer first started of with what many would call a “normal life.” She was twice moon born to parents that anyone else would have, and she grew up happily. At the age of 3, she learned that she was a animus when she told a stick to dance as a joke. Seeing her potential, the queen hired Soulstealer for classified and important projects. These included work on insta-kill weapons, invincible soldiers, and recon technology. Soulstealer loved this job, blissful unaware or carefree of what these weapons could do. All she knew was that she was helping her kingdom. It was all going well.

As Soulstealer continued her lIfe’s work, dragons began to somewhat un-rationally fear her. They grew envious of her powers and high position.They could no longer see the large amount of goodness, but the instead were blinded by her few negative qualities. Darkness is the cancer of the dragon heart.

To make matters worse, the NightWing she loved, Dreamcatcher, was in love with someone else. She was filled with grief and hated him with all her heart. It came to a point where it actually affected her work, unknown to her. She became more irritable, weak, tired, and got illnesses more often. The public became so afraid that she was going to be the next Darkstalker, that the queen had to intervene.

Concerned that her kingdom would rebel and riot against her if she didn’t do something about Soulstealer, the queen sent her to a uninhabited island for a ”a very secret project.’ In reality, the island contained absolutely nothing. Soulstealer was sent here to be exiled away from her kingdom.

When Soulstealer learned of this, she was furious and depressed. The kingdom she worked so hard and passionately for kicked her out due to her powers and success. She was able to escape the island by enchanting a large slab of stone to float and go we’re she wanted to, but before going back to her kingdom, she used her animus powers to slighty alter her appearance to that of what you see today, so others wouldn’t notice her when she came back.

When she came back, there was practically no remnants of her work. She fell into fits of weeping and was often depressed. She drank alot, hoping it would help her problems. (It actually did, kinda.) Eventually, after a long time at the bar, she realized there was no point into what she was doing, and decided to start her career over again. This time, she hid her powers, knowing that they were the cause of her current situation. She managed to get a job as a medicinal scientist, and quickly accommodate to her new life.

After getting used to her new identity, Soulstealer soon progressed through the ranks of her job. For the first time in a while, Soulstealer was respected and complemented on her work. She published a series of scrolls on medical plants and substances, as well as scrolls on first aid. But while Soulstealer was happy in her job, she wasn’t as happy as she needed to be. She yearned to to be free from her alternate Identity, and be free to use her powers. Not only that, but her past life severely scarred her, making her mildly insane. She had to escape. And one that, she did. She packed up her belongings and left her kingdom towards Possibility.

Soulstealer now works in Possibility at a medical lab. She no longer hid her identity or her powers, and no one judged or grew jealous of her powers. Here, she could finally have a peaceful life. While she is still slightly insane, she is doing her best to heal. 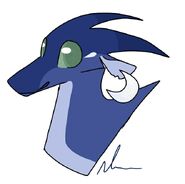 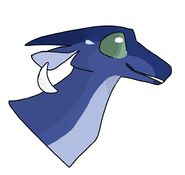 Add a photo to this gallery
Retrieved from "https://wingsoffirefanon.fandom.com/wiki/Soulstealer_(_Sans_)?oldid=1940610"
Community content is available under CC-BY-SA unless otherwise noted.