ohohohooho i might have to rewrite this. possibly new code with ethos as the alt/dark variant

Behold the head of a traitor, so die all traitors!

Sleepy's character. Do not take anything from this page.

Willowy and stone faced, Somnus is a macabre husk of what a dragonet should be. There are no smiles for him, no laughter, no skipping stones under the warmth of the sun. The town holds its breath; all flee from the cloaked figure as swiftly as light from the shade. His flapping black chlamys, this little association: this is all anyone needs and they part like he is the plague. Fine rope drapes around his thin waist and the townspeople hush in their gossip that is string from the noose, because he is the headsman's boy, and Death and his many hands would surely bring about the severity of the gods.

His scales are drab grey and eyes sterling-purple, as are his accents, his star-freckles; his wings near-black but not quite. His height at its full hardly grazes the shoulder of the average full-grown; he is still a child after all, albeit a startlingly mature one at that. It is a sight to behold how so young and small a boy could steal a soul from the damned, clean a dragon from its head.

Why are you running?

Somnus is despised by the rest of his tribe; if not despised, then pitied for his trade. He is an outcast at its most basic level, rejected from all aspects of society by everyone save for the one dragon merciful enough to take him under his wing.

The boy is bitter and spiteful, emotionally distant -- he has pulled away from the rest of the world in a hopeless cycle of isolation. He is unlovable, and will forever be; he’s accepted that much as fact. And the villagers certainly act the part, calling names and throwing disdainful looks whenever they catch a glimpse of him. The bacon-faced shop owner spits at his feet. Children and adults alike cower, slam the doors. The streets are empty. Why is he here? Rat. Vermin. Pestilence.

My name is Somnus.

He doesn’t understand why the townsfolk hate him so much. He hardly knows them, and they hardly know him, yet they look at him with such contempt that he cannot help but feel guilt for whatever crime they have accused him of. He’s done nothing bad, and he tries and tries to tell them that, but he knows and well, that no matter how hard he works, no matter how kind he is, no matter how much he cares for others, he cannot change any of this. So he doesn’t care. Perhaps it is better that way. That’s what everyone expects from a face of death. At least then he would do something correctly.

Convinced that any new relationships would only end painfully for him, Somnus is extremely hesitant to form bonds, regarding everyone that is not his mentor with suspicion and scrutiny. His personal background and environment has made him hyperaware of facial cues, body language, and vocal tones, his mind racing to predict whatever whoever was feeling, and if they posed an immediate threat to him. It’s not something that he could switch off, either. The constant hum at the back of his mind has made him overthink many very simple things, further contributing into his stress and desolation.

He constantly craves validation and attention to sate his feelings of inadequacy, and also because he did not receive much when he was young. He never gets quite enough, though, and it only leaves him hungrier, yearning for more. He has never experienced affection or love, not from Ethos, not from anyone, and childishly dismisses them as nothing more than stuff of fairytales. Pyrrhia was run by selfish villians and bloodthirsty maniacs. They could rot in the deepest pits of damnation or live in splendor for all he knows or cares; he does not belong in their world.

He is grateful for what he gets. It’s something, however little, that’s not snarls and curses and silent condescension. At least he wasn’t dead and dying in a ditch, dumped in a shallow grave and with an unmarked headstone. With no stable parent figure or role model, he clings to Ethos like a shadow to the ground, the only dragon that has ever shown him any form of approval thus far.

For as much he dislikes the public, he does not fear them like they do him, even with all their disgust and loathing. He distracts himself by immersing in studies of anatomy and death, trying to soak in everything Ethos has to teach him so his brain is too occupied and exhausted to think of anything else. But his young heart cannot hold all these suppressed feelings, not yet. When heads are turned and eyes diverted, he cries -- not much, for that was unprofessional -- but he cries. And he cries alone, for loneliness is all that he knows.

Please ask if you wish to have a roleplay with this character. Another TempestWing would make the most sense.

Do-Do I scare you? 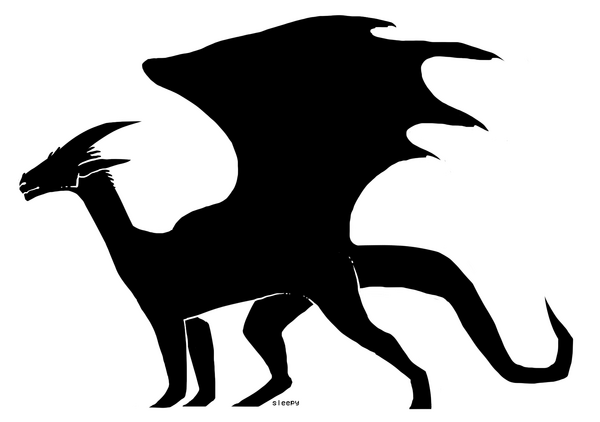 May you dig up your father by moonlight and make soup of his bones.
Retrieved from "https://wingsoffirefanon.fandom.com/wiki/Somnus?oldid=1891776"
Community content is available under CC-BY-SA unless otherwise noted.