Spade belongs to Pumpkin!!! Do Not Touch, or Queen Coral might execute you :\ Coding by a jelly bean! Can you believe it?


Being a royal figure, her head is held somewhat high and her scales shine brilliantly, glowing in the distant lanterns, royal blue scales sprout across her body. This is Princess Spade, of course most SeaWings already know her, but that is for those who don't. She's soft in color, not quite as dark as most of the royal family's scales, making her stand out, but still enough to fit in with them perfectly fine. These soft blue scales however, fade into a lighter variant near her legs and wings. Light turquoise luminous patterns run down her body, upon her underbelly, face and legs only. They come in forms of circles upon Spade's plated underbelly and the underneath of her eyes, yet appear more elongated on her legs.

A darker hue of blue strokes to top of the princess' head, spreading over the tip of her snout and stopping before her horns. Yet the most distinctive marking upon her face, regulating back to her name is a large spade surrounding her eyes. Her eyes themselves are a pale light turquoise or sky blue with pupils of a dark navy. A membranous sail follows down her spine, of an ice blue coloration, this is for all her membranes excluding her wings. Deep blue tiger stripes mark her body, down her neck to her very tail, although the upper ones, going across her back are darker than those of the ones sprouting from her underbelly.

Speaking of so, she's got an underbelly of soft ice blue or very pale light turquoise, with smooth texture followed by a protruding membranous fin on her chest. This slithers down to her tail tip, which to mention isn't quite as thick, possibly due to age. Twin fins curve across her head, remaining a slightly darker color that her mainscales and in so they remain membranous. Curvy horns sprout from the backside of her head remain a dark blue, similar in color to the soft hue running across the top of Spade's head. Even in a crowd of SeaWings, this dragonet can't help but stand out perfectly well, not strange in colorations but in markings.

Her build remains curvy and stocky but all the same has a bit a kind chubbiness to her, around the underbelly, legs and tail. Additionally, the SeaWing princess has narrow wings with light turquoise membranes and upon them, deep royal blue luminous patterns of a royal. They curve and twirl, branching and budding, appearing like some sort of sea creature even, they're quite an impressive sight to behold if you are interested in designs. Flowing down her back is her longish tail and somewhat short neck and upon her face and head in general, large ears and narrow, short and softly curved snout. Her eyes aren't big, but they aren't small either, rather they're in the middle when it comes to size. Adding on to her appearance, pearls the fail to be fully round rest around her neck, twine around her horns and drape down her tail and wings, in color, they remain pale pinkish white. Truly marvelous, no? Someone who really strikes quite an appearance.


Spade is neat and orderly, even- ESPECIALLY when she's stressed. When under pressure, Spade will dash around the room checking everything to be as neat as possible. Every corner, every niche, every shadow she will organize.

Spade adores her younger cousin, though she might be the slightest bit more immature. She loves the letters he sends her and always looks forwards to the next. She always asks Moray if she could go visit him (most of the time she is declined) 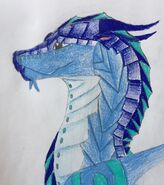 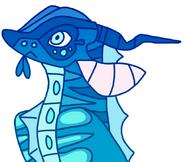 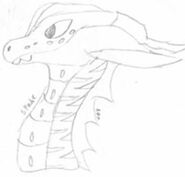 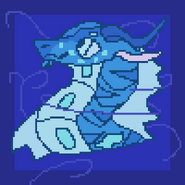 By Verglas! So coot :O
Add a photo to this gallery
Retrieved from "https://wingsoffirefanon.fandom.com/wiki/Princess_Spade_(PTP)?oldid=2094315"
Community content is available under CC-BY-SA unless otherwise noted.