She's old I need to revamp her :P WIP

(Inserts stupid quote about how getting older kinda sucks)

InterGalacticFly's Character and Coding. NO TOUCHING!...

Pothos is your basic LeafWing in appearance. She has Pear green scales With slight gradients scattered in her the layers. Her scattered over-scales are a very pale sandy green color and Scatter in patches underneath her eyes, create sketchings on her horns and create two large lines on her tail. Her spines are a light mahogany purple and the webbing in between each one is a natural yellowing green color. She has a large white melting splotch on her back all the way down to her tail.

Her body is slim but not scrawny and is extremely short for her age, her little sister has grown bigger than her to prove it.

Her wings are shaped like leafs and are a duller shade of her webbing. She has brown green eyes and usually wears a plain shirt that has an EDM free zone sign on it(This is a very hypocritical shirt of her to wear as she loves EDM). Her shirt is usually covered by one of her many different jackets. Including one with cats wearing fastfood costumes and a plain purple jacket.

She's to lazy to put on anything else on sometimes.

Pothos is a very joyful dragon and enjoys talking. She would describe herself as a pretty shy person in general but she still does enjoy talking with her friends. She can appear very air headed sometimes because she usually gets lost in her thoughts quite a bit. This can lead to her just walking down a hall and being like ("OMG!! What was I trying to get again!?") a lot. On rare occasion she can get very angry or annoyed as well, but usually she's a pretty chill \dragon in general.

She enjoys the idea of dreams and fantasy but slowly as she's been growing older her happy day dreaming personality has been etched with pessimistic and cynical thoughts. This new side of her tends to make her seem tired, rude or bored. Usually the happy side of her shows through in the end though.

She is a very passionate dragon, once she likes something she doesn't really forget about it. She'll probably draw fan art for months or just enjoy talking about all of her obsessions with her slightly younger sister. Pothos and her sibling share almost all of their common (and even uncommon) interests and can go on and on talking about them even throughout the night.

Pothos is most definitely more of a pushover able dragon. She doesn't really like getting into trouble and is a pretty strict follower of the rules. This can make it hard for her to ask questions sometimes because she hates being irritating or bothersome to others as well. This means that sometimes she just ends up accidentally breaking rules anyway because of not knowing about them. She can also be a pretty gullible dragon as well.

I guess you can ask in the comments...

-Pothos thinks Iceberry is a pretty cool dragon. She can relate with being shy towards new people and very talkative with family and friends. Pothos doesn't know her that well, but hopes that they might become friends in the future.

-Pothos thinks Wildfires cool and interesting. She is glad that Wildfire enjoys her characters so much and hopes that they can become closer in the future.

-Pothos enjoys Featherflights company. She thinks of her as a pretty fun dragon and enjoys roleplaying with her. She hopes that her and Featherflight can become friends.

-Pothos see's this big floof as a really cool and fun person to be around. She loves her art and her interesting characters. She hopes to get to know her better in the future

-Pothos was very happy when she found another Hollow knight fan on the wiki, and so far she seems to be a nice and pretty fun person to chat with. She hopes that she'll be able to get to know Verglas better, but for now, she is glad to know that she can always find someone that can have a mile long conversation about Hollow knight with her.

-This dragon is very cool indeed. Pothos finds Risque a pretty interesting dragon to be around and regrets not having the will power to finish some different roleplays with her... But for the majority of their meetings she's thought of Risque as very been fun and kind. She hopes that her and Risque can become friends.

Just an old drawing I did of her

This is basically the main color scheme and idea behind Pothos. 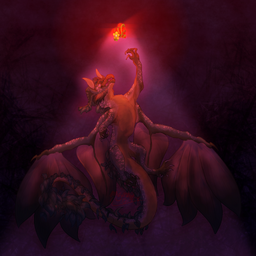 an Amazing Drawing by Enigma the Hybrid!! TYSM!! Has a undertale reference! 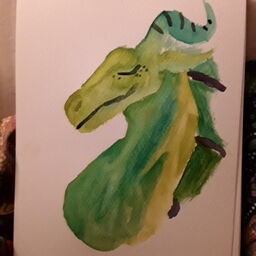 By totally not Darkstalker! TY!! 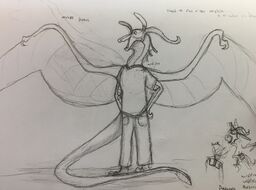 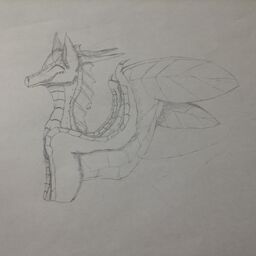 A awesome drawing by Verglass! TY!! 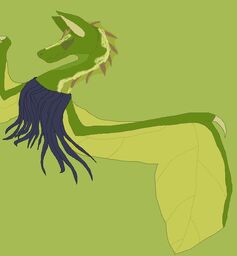 By Wisteria~Solstice! It's Pothos as a the Ghost, TY!! 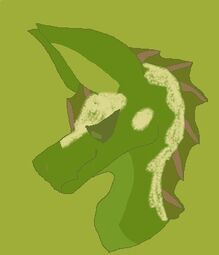 By Wisteria~Solstice! TY!!
Add a photo to this gallery
Retrieved from "https://wingsoffirefanon.fandom.com/wiki/Pothos?oldid=2030528"
Community content is available under CC-BY-SA unless otherwise noted.