Platypus is a SeaWing with teal blue scales. He is one of Tsunami's many brothers, making him a prince. However, instead of having any contact with his close relatives, he rather left the Kingdom of the Sea and headed off into the continent in search for traces of a mysterious, distant ancestor. While not very successful so far, he ended up befriending a bunch of very peculiar dragonets, including Everseer, a murderous NightWing with a lot of issues, and Eagle, a SkyWing he's way too gay for. What a nerd.

Platypus thinks of himself as a scientist, but the truth is, he's just a huge nerd. He is well aware of his animus powers, but refuses to believe in anything related to magic. Instead, he uses his vast knowledge of anything scientific for numerous experiments, most of which end up failing because of his clumsiness. Additionally, he may know a lot about science, but not about social conventions, so he tends to be quite awkward around others, especially large groups, as well as oblivious to sarcasm and irony. He does love science jokes, though.

He tries to be nice to everyone, especially dragons like Everseer, believing that nobody is really a bad person. As such, he is strongly against all kinds of violence and tries to solve everything in a peaceful manner.

Platypus couldn't care less about being a prince, so he doesn't even tell other dragons about it if the topic isn't brought up. The only princely thing about him is that he doesn't use contractions in speech, but one can probably also blame his scientifically accurate nature for that.

In the end, he's a great friend if one can ignore his almost unstoppable ramblings about science and his social awkwardness. 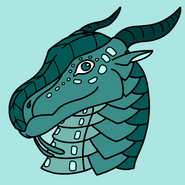 Platypus being adorkable by Daybreak the Traveler 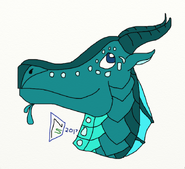 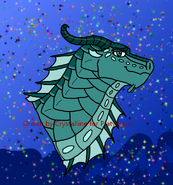 Platy by Crystalline the Dragon
Add a photo to this gallery
Retrieved from "https://wingsoffirefanon.fandom.com/wiki/Platypus?oldid=1677386"
Community content is available under CC-BY-SA unless otherwise noted.