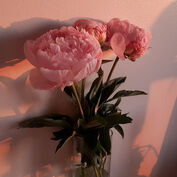 CLICK TO OPEN!!
peachy is my mascot, and she is very near and dear to my heart.
i worked very hard to make this code. please do not take any of this page's code/content/format.
thank you. òwó


🍑
Nurtured by the ancient philosophies of the ancient masters, Peachy is almost always found lost in thought. Her pale pink eyes fervently searching for answers to the mystery of life. In the end, all things desire to be happy, and Peachy is no different.
coding by epheme

Muted colors dance across her scales, forming chaotic storms of pastel hues all across her wings and body. Stark splotches of black contrast the vivid colors, accenting a black-gold tail band and matching black rings on her dusty white horns. On her left shoulder, matching the black gold jewelry, are black peony tattoos that trail from her shoulder onto her upper arm. Her light pink eyes are always either cloudy and lost in thought or glimmering with laughter.

She is built like a Rainwing, sans the frill and the venom, and has muted Nightwing features, such as the slightly curved horns that adorn her head. Two white canines poke out slightly from her mouth, another indicator of her Rainwing heritage. Despite being mildly athletic, Peachy is very soft and squishy—nothing like the lithe supermodels that are so dearly coveted by her society.

In the public eye, Peachy is often exuberant and energetic, but when left by her lonesome, she is typically much more placid. The gears inside her head constantly turn, regardless of her social situation. She never speaks without thought, every word is meticulously chosen, every sentence carefully and painstakingly constructed before leaving her mouth. But when she speaks, the words pour out of her brain, cascading in a torrent so fast that her mouth can't keep up, which oftentimes leads to her slurring or mispronouncing words. Some particular downsides to her contemplative nature are that she tends to overthink a lot and is easily stressed, especially when it comes to social situations. Despite her nagging anxieties, she perseveres and still does her best to be socially active.

Although she is mostly introverted, making friends come easily to her, but being a good judge of character, she only has very few close friends. She is much more relaxed around them and they know how she is much more than the vivacious persona that she puts forward. She loves all of her friends wholeheartedly, and they mean the world to her. She can be rather a pushover at times, but heavens forbid anyone insults her friends. Peachy is a steadfast pacifist, however, she is not afraid or unwilling to stand up for what she believes in. She's a strong believer in justice and forgiveness. As a young dragonet, her first reaction to anything that displeased her was violence and anger; she would also hold on to resentment and grudge. But as she matured, she learned to forgive and to forget. She became calmer, mellower, and relaxed—and nothing really phases her much anymore.

One of her favorite places in the world are cities at night, she loves the aesthetic of the flashing neon lights, the lively streets, and the sonderous chaos of it all. There’s a deep sense of calm in the heart of a restless city. Despite her love of the city, a life goal of hers is to take a vacation in the mountains, away from the people and the pollution, and stay up all night stargazing.

Her favorite hobbies are art, gardening, and stargazing. It's rare for Peachy to have the option to draw because of her busy work schedule. She has a job as the cashier for a small, hole-in-the-wall take-out restaurant that her family owns. It's rarer for her to get the chance to stargaze since she lives just outside of a major city and the light pollution outshines the stars. Gardening is one of the hobbies that Peachy actually has the time for, and has several plants. Philosophy is the study of knowledge and existence, and Peachy is an avid philosopher. Peachy loves everything about philosophy, and about learning about how she can live her best life. She believes that all living creatures strive towards happiness in an uncaring universe. But everyone assigns meaning to their own life, and she has no jurtistiction over others and how or what they choose to believe.

Semi: An astounding artist and coder!! They're super creative and have a really good eye for aesthetics. Peachy thinks that they're really cool and definitely have good vibes. Semi is also probably one of the first friends that Peachy made while on this wiki? Talking to Semi never feels boring or awkward to Peachy. She wishes that they could talk more, but alas, time zones are unforgiving. But she does cherish the times that they have talked; hopefully, there will be many more!

Day: One of her closest internet friends, as well as one of the most amazing artists that Peachy knows! Day is also a treasured friend to Peachy, they've known each other for a long time, and have braved many adventures together. Although they stopped talking while Peachy took a hiatus from the internet, they've picked up right where they left off!

Dryad: Peachy considers Dryad a close internet friend. She's amazing at coding and art; and also has an amazing eye for aesthetics and color palletes. Dryad is just really fun to hang out with and the two usually could chat for hours if given the chance.

Maple: Peachy considers Maple a good friend, they're always nice and super helpful! Maple is always super chill and Peachy feels super comfortable talking to them since they have similar senses of humor. It's always a riot when they're together.

Raccoon: Another good friend that Peachy has made over the course of being on this wiki. They're always extremely nice, helpful, and super funny. She's also an amazing artist and her art style is super unique.

Stormbreak: Peachy has seen Stormbreak around the wiki and appreciates everything they do for the community. Peachy doesn't really know how to approach Storm sometimes because of their blunt nature, but she appreciates Storm's sense of humor and taste in aesthetics.

Luke: Luke's rebellious nature makes Peachy slightly nervous since Peachy has always been the one to abide by the rulebook. But they're always super fun to be around regardless. She empathizes with Red about familial problems and sends Red her bestest vibes.

"pulvis et umbra sumus—we are but dust and shadow.

Art made by me

Art made by you 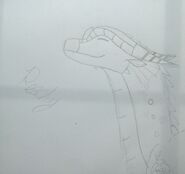 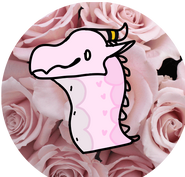 by Heir of Rain 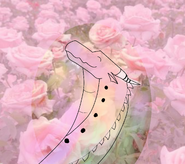 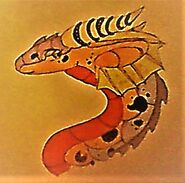 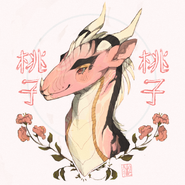 by sleepy
Add a photo to this gallery
Retrieved from "https://wingsoffirefanon.fandom.com/wiki/Peachy?oldid=2171976"
Community content is available under CC-BY-SA unless otherwise noted.