how should i revamp this? 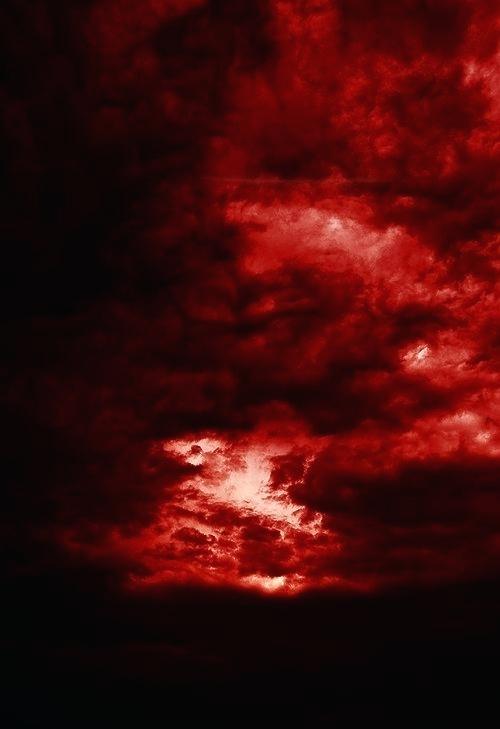 The dark side of her, and my altsona, can be found here.

You open the door.

You see a dragon. By herself. She seems to enjoy herself. She's basically Bernadetta von Varley; she never leaves the room and doesn't like coming out, but this time she allows you in.

You open the door and see her writing. Noble writing, reading, studying, or really just doing anything with her technology.

Surprisingly, her name describes her exactly. She wears a carmine necklace with some black glasses. Why does she wear black glasses? Her blue eyes don't allow her to see very well, as she has nearsightedness.

Her scales are mostly a jet black with a very dark green that almost looks black underneath. Her stars shine bright during the night. Some of her scales shine like crystals. Those come from her distant SeaWing genes that she has almost none of. They say they shine often, even if she's in a dark room. She says that she got her SeaWing genes from her ancestor over 100 years ago and they already became distant.

Noble is usually very calm if things go her way, as she does not like to be angered. When she is angered, you can tell that her eyes can definitely show fury, as she can also be a bit violent when she is too angered.

As a Pisces, Noble is very sensitive and creative and usually likes to be left alone while working and is extremely angry when bothered. She hates cruelty of any kind and criticism when it's not constructive.

You'll often see her draw a dragon during art, and when she is asked to draw a human, a stick figure. Why? She's not lazy or anything; she hates to draw humans and they always turn out terrible, but her dragon drawings always turn out nice somehow.

Noble's parents, Destinyreader and Battlewatcher, loved each other for awhile, including Noble in there as well.

Noble hatched nearsighted and with precognition and mindreading, although she thought it was simply normal vision until she was about five years old, where her teacher noticed her scores dropping down and her squinting. She then got glasses and her grades quickly increased over the years.

Her least favorite subject was math. She absolutely hated all the additions and multiplications, certainly division and square roots. She prefers English, as she is a good writer from her being a Pisces.

She lives her life playing Fire Emblem a lot on her 3DS and Fire Emblem Heroes on her phone, which she loves to do sometime while procrastinating. She likes to socialize via technology instead of real life.

Her birthday is March 7th.

f r i e n d s Bustard: She can truly relate to him. Maybe if she gets to know him better, they can be really good friends.

Skysearcher: "I used to be cold too outside of the internet until I met a bunch of people online and became friends with them. I feel like we can relate in many different ways."

Sunset: Best friends! The part is that, we can't touch. :(

Cactus: "I thought you were a green SandWing at first but then you were a hybrid--"

Saburra: So relatable on almost everything since we're both loners.

Skylights: Lights in the sky. That's how I thought of your name. Pretty. (Positive)

Ari: The personality is so relatable.

Before requesting relationships, please make sure we've had a good chat before. Failure to do so will result in your request being ignored.

I Had A Bike

I had a bike

Took it on a hike

I drove it down the mountain

And broke it at the pike

It was a blue bike

One of my favorite colors

Now it is dead

I was so upset

But then I realized

It was my own damn fault

I didn't start that food fight at Jade Mountain

Someone threw that pumpkin

And it wasn't me

Who even brings pumpkins to school?

But in my head

I thought about the epic pumpkin man

Who had the power of poptarts

But then one dragonet threw

M AND MS WITH THANOS ON IT!

You need to eat your sandwiches

Because it's an equivalent of taco bell

Because I like bacon in mine for some reason

So advice to y'all dragonets out there

What color is mustard?

What is the primary color of the sun?

I Dropped My Cellphone

I was flying in Pyrrhia with my cellphone

And dropped my phone for the third time today

Yet it still worked okay

Then I took it out

For a selfie in the winglet cave

My clawmates pushed to get in

Knocked the phone out of my talons

In slowmo I saw it fall out the cave window

Their horns cracked my phone

You owe me big now bro

Noble walks around with her pansexual pride usually wearing a t-shirt with the theme of Nintendo. She is fairly short, however, but never really cares the fact that her sister, two years younger, is almost as tall as her.

She usually wears darker colors instead of lighter colors, as she doesn't care about light colors.

Her glasses are a black color that usually slide down her nose a bit, but she isn't bothered by that.

Noble is usually very calm if things go her way, as she does not like to be angered. When she is angered, you can tell that her eyes can definitely show fury, as she can also be a bit violent when she is too angered.

As a Pisces, Noble is very sensitive and creative and usually likes to be left alone while working and is extremely angry when bothered. She hates cruelty of any kind and criticism when it's not constructive.

You'll often see her draw a dragon during art, and when she is asked to draw a human, a stick figure. Why? She's not lazy or anything; she hates to draw humans and they always turn out terrible, but her dragon drawings always turn out nice somehow.

Her past is her true shadow. She finds her past embarrassing and terrible to think about. She, however, dwells on it, and she hates it. She remembers once drawing a joke stick figure in sixth grade during science class and the teacher getting all mad. She thought she would've gotten punished after seeing the science teacher tells the assistant teacher, but she didn't and felt guilty that she was going to get a punishment, but she never did.

She, which others might say "for some reason" about it, wants a scar on her eye like Scar from The Lion King's due to the fact that she survived living in the shadow of her past.

Noble's parents were fine with her childhood, but she was not fine with it having to exist.

Whatever Noble did in the past, certainly about works she did, she usually (and mostly) felt fine about it. But in the future, when she usually improved at her works, she thought it was cringey work and usually deleted it and replaced it with her new skills. This mostly appears in her writing, but sometimes in her artwork. She treasures her writing more than artwork, however.

Quickstalker: "Stop that!" She is fine with her younger sister being around, but not to bother her. Her younger sister often bothers her a lot just to stress her. She has a bad relationship with her when it comes to socializing.

Retrieved from "https://wingsoffirefanon.fandom.com/wiki/Noble?oldid=2072969"
Community content is available under CC-BY-SA unless otherwise noted.