I’m probably going to revamp the page soon, but the character herself will stay more or less the same.

This is MorphoTheRainWing's main dragonsona and her first page on the wiki. Please do not edit without my permission, and only use her in a fanfic or a roleplay if you ask me and tell me what you're using her for. I have had Morpho for a very long time, before I even discovered this wiki. The basics and essentials are done, but I will still be adding more to this page. The coding is from the coding help page, but the colors were edited by Morpho.

Morpho primarily exists in The Morphoverse, but can be used in other universes as well.

CLICK ON THE PIC TO OPEN THE PAGE! Ref by Kindred-Heart, thanks so much! 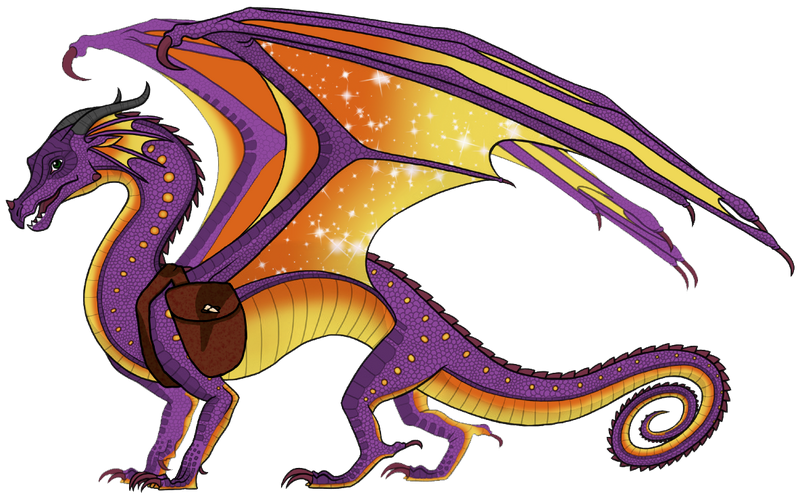 Note: Although Morpho’s purple and gold appearance is her most iconic appearance, feel free to experiment around with her colors while drawing her - she is a RainWing, and likes to change color.

Morpho is a tall, somewhat plump RainWing. She likes to change her scale color, but most often, she is purple with a gold underbelly and gold wings. Her eyes are always dark green, and she cannot change the color of them. The insides of her ears are usually some shade of pink. Her horns are usually dark gray. Her snout is elegant, and her cheeks are somewhat chubby.

She has silver NightWing wing stars under her wings, which is the only physical trait she has from her NightWing ancestor along with her dewclaws (the little claws on the back of her talons) being farther down on her legs. She also has silver NightWing stars on her ruff. Her ruff itself is a bit larger than an average RainWing’s, especially when compared to her rather smallish ears. She has a single silver star freckle on her left cheek, which isn't always visible depending on the lighting. Even when her mouth is closed, Morpho's fangs sometimes stick out a tiny bit.

She has several different pieces of jewelry that she wears on different occasions, most of them with gemstones on them. She always has a sack that she wears on her shoulder that she carries several scrolls in, some blank, some written or drawn in by her, and some written or drawn in by others. She carries these in case she has an idea that she wants to write or draw, or if she needs to access information. She also carries several pencils in her sack, both colored and not.

Morpho often will change her colors and patterns if she’s in a new location to fit with the feeling and aesthetic of the place. This isn’t because she wants to fit in with society, but rather so she can really feel at home there and enjoy being there. One of her favorite patterns to change to is those matching the sunset, if there is a sunset that she can see at the moment. When Morpho is brainstorming something creative, spots of many different colors will drift across her scales.

Modern Morpho looks pretty much the same as her canon counterpart except for a few details. She typically wears a fandom T-shirt (almost always Puddle Universe), and shorts, sweats, or pants depending on how cold the day is. Like her canon counterpart, she will often wear some jewelry. She doesn't have any piercings. Morpho is usually seen carrying around an iPad.

This is what Morpho looks like in Enigma’s headcanon AU. ALL OF THE SECTION UNDER THIS HEADER WAS WRITTEN BY ENIGMA. FULL CREDIT GOES TO THEM.

Morpho is a RainWing with the same traits as an average RainWing (ex: feathery ruff, chameleon tail, chameleon toes) though her distant hybridization causes traits similar to that of her NightWing ancestors.

Morpho's horns, rather than being made of cartalidge and scales, (which means they're bendy and less likely to harm the RainWing in the case of fall) is made of bone, pointed with a similar nature of a NightWing. Her spine is also tipped with fur, ending a short while down her tail, rather than the bumpy scale spines of an average RainWing.

Her feathery ruff is softer and fluffier than most average feathery ruffs, maybe in part due to her ancestors, but also it captures the gleam of her golden colors of choice perfectly in the light.

Her wings mark resemblance to a blue morpho butterfly, in which the inside of her wings (the bottom, because she's still a dragon) are golden and reflective, tipped with black/dark purple patterns on the ends. The outside of her wings (the tops) have the same similar pattern of a morpho butterfly, with patterns in dark purples. The "eyes" of these patterns, however, are accented with the same golden color, to a much less glaring degree.

Morpho is a RainWing, which means her scales typically shift to her emotions, quickly and easily. Going "invisible" (camoflauging) is taxing and tiring for RainWings, especially completely or for long periods of time. Though, because of her recent non-RainWing in the family, especially a NightWing, she has a much easier time choosing her own colors, and going invisible would not be too difficult for her, as long as she can keep the sections of her body that are typically very glittery out of the light.

(ugh I need to revamp this)

Morpho is mostly a pretty sweet dragon. She is kind to those she likes, and makes friends easily.

She is very creative, and loves to write stories and draw. Her head is often in the clouds and she can drift off into her own world easily.

She is also pretty intelligent, and has a sense of humor. She is a complete nerd about minerals, gemstones, and crystals, and geeks out whenever she hears about them or sees one.

Morpho has the typical RainWing powers of spitting venom and camouflaging/changing color. Changing color takes a millisecond longer than it does for pureblood RainWings, but it isn’t at all noticable unless you’re specifically looking for it. She cannot change the color of the stars on her wings and ruff. She prefers not to spit venom unless she has to,

Morpho also a very mild form of NightWing powers in that she has intuitive feelings about things sometimes. She will sometimes say things that sort of predict the future or read someone’s mind, but are vague and she doesn’t know she’s doing it until it’s pointed out. For example, Morpho could say “Haha, I hope there aren’t any sharks here,” and a shark fin pokes out of the water a second later. Another example is Morpho could say “Do you want a mango?” to somebody who was, unbeknownst to her, craving mangoes. This does not always happen, though.

Morpho cannot breathe fire at all.

No one can ever find out we did this. I never want to look back. So, for my last order to you as Spyro the SilkWing, please, let's never speak of this again. No one can know....

This does not include other people's OCs.

Scoot, throw, shoot, shove, push, or whatever your dragonsona or alt here.

NOTE: MOST OF THIS SECTION IS VERY OLD AND OUTDATED, SO MANY THINGS HERE MAY NO LONGER BE TRUE (such as gender pronouns). 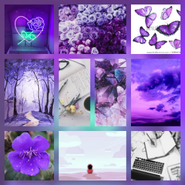 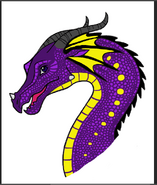 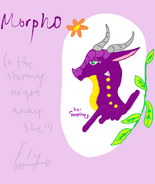 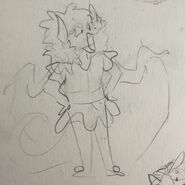 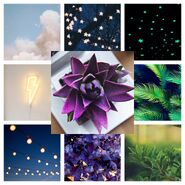 Aesthetic by Heir of Rain

Morpho as an Ametrine Gem by One Crazy Artist 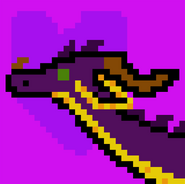 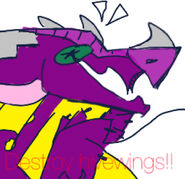 Morpho vs. Morpho by Verglas

Morpho vs. Morpho meme by Dewdrop

Morpho as Steven Universe by Verglas

Morpho vs Morpho by KittenQueen

Another Morpho vs Morpho by Crystalcat

Morpho vs Morpho by BanderItchy 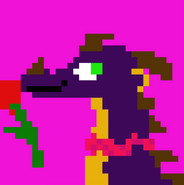 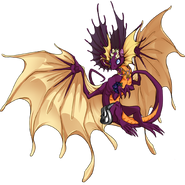 A Replacement Scry for Morpho done by SabotageTheNoctol (Created because of changes made in FR's "many, many morphologies" update) 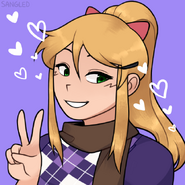 Human Morpho made by WildKadachi

Morpho by Dreaming, as a gift from Moonmoon 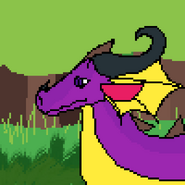 Gift by Moonmoon
Add a photo to this gallery
Retrieved from "https://wingsoffirefanon.fandom.com/wiki/Morpho?oldid=2190992"
Community content is available under CC-BY-SA unless otherwise noted.