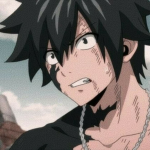 This is more than divine decree, it's my destiny.

Adakias
heyo! you can report any issues here, as well as ask permission for one of these projects:

✘ requests
✘ trades (unless i initiate)
✘ coding
my flight rising: BlazingWings
you are also welcome to just chat with me! here's some of my interests/fandoms/ships: [click to open]