Start a Wiki
Click the image to open the page! 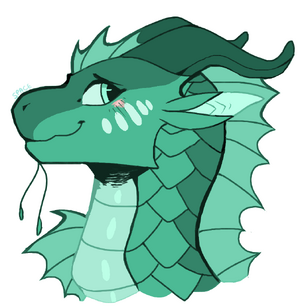 Isla is my dragonsona, and as such, is a very important character to me. Please do not steal or otherwise tamper with any of the content on this page!

please do not steal or tamper with any of the coding!

Isla is an average height for her age. She has a stocky build with muscular arms and legs, although her body is padded with a bit of chubbiness, resulting in a plump face and generally rounded features. She usually has a rather placid expression on her face; despite this, there are usually bags under her eyes, a result of numerous nights with too little sleep.

Her scales are primarily a jade green, although the scales on top of her head and her spines are instead a slightly darker variation of this color. However, her underbelly is a soft seafoam green, a slightly lighter color than her wing membranes and the webbing along her body.

Isla's luminescent stripes are a shade of green so pale that they almost appear white. Her horns are a darker color than her scales and the irises of her eyes are a clear aqua-green.

The only jewelry she wears on a daily basis is a silver nose ring. There's also some faint scarring on her underbelly and arms, although they're barely noticeable. For special occasions, Isla adorns herself with a string of white pearls that coils around her neck.

To most dragons, Isla seems to be a rather shy and sequestered individual, rarely ever choosing to open up conversations with others. She does, however, seem to act much more at ease when she's around her friends and family. She's easily intimidated by most individuals, making it difficult for her to approach anyone. Once initial contact has been established with others, however, she'll quickly warm up to them. It's also for this reason that she dislikes confrontation and avoids it as much as possible.

Isla can easily become frustrated or annoyed, although she rarely ever displays these emotions outright, instead choosing to bottle them away until she can no longer hold them in. This can result in some charged and abrupt outbursts during which she lashes out at others, although she's deeply apologetic afterwards.

The dragoness tends to overthink the smallest of problems and convince herself of the worst possible scenarios, leading to a large amount of anxiety. She also struggles with her self-confidence—her primary source of validation comes from the praise of those around her, which she constantly feels a need to seek out. She's come to believe that her self-worth is determined solely by how much other dragons approve of her. Isla also criticizes herself for virtually every action that she makes; as a result, she finds it difficult to accept praise from others.

Because of her nervous demeanor, Isla usually becomes awkward in social settings and may act in a manner that makes others uncomfortable. However, her interpersonal skills have begun to improve with the assistance of her friends.

She is, however, a genuinely sympathetic and compassionate individual. Isla hates seeing other dragons in pain, and will do what she can to assist them in her own way.

The dragoness is an accomplished pianist and violinist, having been trained in both instruments for many years. In her studies, she's proficient in both language arts and the natural sciences—however, her mathematical skills are still far from perfect.

Isla is quite strong and enjoys exercising on her own; although she's never received a formal training in combat, she's certainly powerful enough to hold her own in a fight. As for her other capabilities, she's a decent swimmer by SeaWing standards and is fluent in Aquatic.

Isla was born in a small coastal village, Coral Cove, located on one of the many islands of the Bay of a Thousand Scales. Her parents, Viridian and Gannet, were both busy dragons with jobs that kept them away from home most of the time. Despite this, they did their best to accommodate their daughter for at least the first few years of her life. Although her family wasn’t wealthy, they earned enough money to keep them in modest comfort and could even afford a few indulgences.

At the age of one, Isla was promptly enrolled in the local school and began to attend lessons there. Since she wasn’t exactly the outgoing type, she mostly kept to herself and rarely spoke to her fellow students, preferring to read or draw alone. For the majority of her youth, she had few friends, although she wasn’t too worried about her social situation.

Even from a young age, she displayed a strong passion for music, often experimenting with the various instruments available to her at school. As she grew older, her parents were able to hire a teacher to instruct her in piano and violin. Isla quickly grew in skill, practicing with fervor and even neglecting her other duties at times so that she could rehearse.

Through the next couple of years, it seemed that things were just as they were meant to be.

But the peace didn’t last.

Gannet suddenly lost his job and was unable to find a new one. As their financial situation steadily worsened, the added stress began to take its toll on Isla’s family. Viridian grew angry and irritable, snapping at her daughter for little to no reason.

Isla began to notice that arguments between her parents were becoming much more frequent, whether they were about their relationship, their money, or even her. This progressed to the point where she'd often return from school only to find herself in the midst of a shouting match. She soon began to avoid her home as much as possible, spending more and more time near the beach in the hopes of avoiding these altercations.

When she turned four, her parents finally reached some sort of agreement and decided to go their separate ways: they sold their house and Gannet moved to the heart of the kingdom, while Viridian and Isla packed their belongings and flew to Possibility.

It was difficult for the dragonet to adjust at first. The bustling city was nothing like the quaint little town that she used to call home. Not only that, but she would soon be registered into a new school with new teachers and new dragons.

As it turned out, the school wasn't all bad. Her classmates were fairly polite to her, and she even managed to make a couple of new friends (although she never became particularly close with any of them). Most of Isla's free time was spent poring through the books at the library on her own.

please do not steal or tamper with any of the coding!

In the modern timeline, Isla's appearance is almost exactly the same, with jade-green scales, a slightly plump yet muscular figure, a seafoam-green underbelly, slightly darker webbing and wing membranes, and so on.

Her face is usually free of makeup, as she has no knowledge of how to apply it. She's typically seen with a rather tranquil expression.

Isla's wardrobe consists of a variety of clothing. Her go-to outfit is a button-up or graphic tee over a pair of high-waisted jeans (cuffed, of course). In warmer weather, she'll also wear sundresses, floral skirts, tank tops, mock-neck tops, and shorts. Her outfits are usually complemented with either a pair of canvas sneakers or combat boots.

She's almost never seen without her silver nose ring, although she can also be seen wearing a variety of earrings. One of her favorite accessories is, inexplicably, a faded baseball cap that reads, “Women Want Me, Fish Fear Me."

The SeaWing's personality is mostly the same as the canon timeline; she's still reserved and somewhat nervous, although it's worth noting that she's not quite as acquiescent and makes a bit more of an effort to get to know other dragons. She can, however, be a bit absentminded, often drifting away into her own dreams and thoughts.

As a young dragonet, she often had hopes of becoming a doctor, although her priorities have since shifted elsewhere. Her current goals are to simply live her life doing the things that she enjoys with the people she cares about.

The dragoness is an accomplished pianist and violinist, having been trained in both instruments for many years. In her studies, she's proficient in both language arts and the natural sciences—however, her mathematical skills are still far from perfect.

Isla is quite strong and enjoys running and flying on her own; although she's never received a formal training in combat, she's certainly powerful enough to hold her own in a fight. As for her other capabilities, she's a decent swimmer by SeaWing standards and is fluent in Aquatic.

Just like in the canon timeline, Isla grew up in the village of Coral Cove and eventually moved with her mother to Possibility after her parents' separation.

Feel free to ask for your sona to be added as long as we've spoken before and they're from a canon tribe! 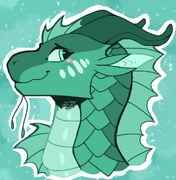 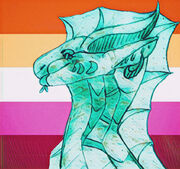 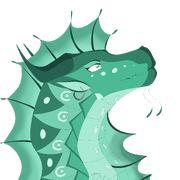 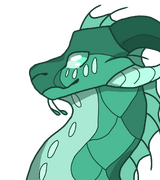 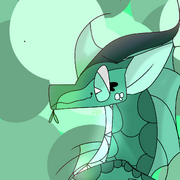 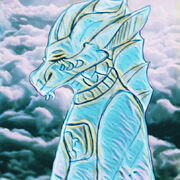 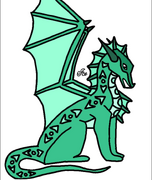 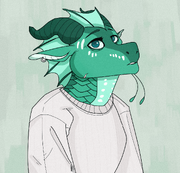 Isla's moodboard (made by me)

Retrieved from "https://wingsoffirefanon.fandom.com/wiki/Isla?oldid=2689699"
Community content is available under CC-BY-SA unless otherwise noted.