Hyacinth has a long, graceful neck and limbs. She had been taught to hold herself in a certain way, which may seem condescending, but her composure breaks when other dragons come up to her and try to make conversation. She ducks her head and looks at her talons when confronted, trying to seem smaller. She has a short, round snout and horns. Her wings are usually held stiffly upright, her tail curled neatly around her back talons.

>COLORS<
Hyacinth is mostly teal colored, with pale red markings lining her spine and back. Her underbelly is a shade of muted yellow. She has round violet eyes that are constantly downcast and looking at the ground. If you approach her, her eyes will widen with fear and stare into yours like 'a deer in headlights'. She only smiles around her close friends and family. Her wings are teal, tinged with salmon-colored spots and pale yellow highlights.

Hyacinth is a very introverted, withdrawn dragon who despises social interactions and goes out of her way to avoid them. She rarely speaks, and even when she does, her voice is quiet, barely above a whisper. In social situations, she often just nods and goes along with what everyone else says, even if she doesn't agree. She can be an extreme pushover, not displaying her own opinions so as to not cause disagreements. She isn't provoked easily, and will easily shrug off a mean comment or hurtful insult.

Hyacinth is very good with young dragonets, and can speak freely with them. She smiles and becomes a playful, more talkative version of herself when alone with dragonets. She greatly enjoys her job as a babysitter.

She is also very kind. She can easily empathize with other dragons, and puts their needs before her own. She is always ready to help, viewing herself as a servant for HiveWings, as that is her job. In the time she spent as a servant and babysitter, she could easily understand others' emotions and sensing what they needed.

Hyacinth was born into a normal SilkWing family. Her parents were both loyal construction workers, and they taught her from a young age to treat the HiveWings as her superiors. They were extremely strict about this, and eventually it was imprinted into young Hyacinth's mind. She was aware that she was inferior to another tribe, yet she didn't think it was strange or unnatural. She accepted the fact that HiveWings were simply better than her. She began perceiving them as an entirely different species, that unattainable level of dominance that she was a servant to.

She began working as a babysitter when she was six, and it confirmed for her that SilkWings were indeed inferior. She fell in love with babysitting, and worked as one for the next two years. In this time, she became better and better at understanding emotions of other dragons, especially dragonets, and developed a deep sense of empathy that would be harder to develop for others. 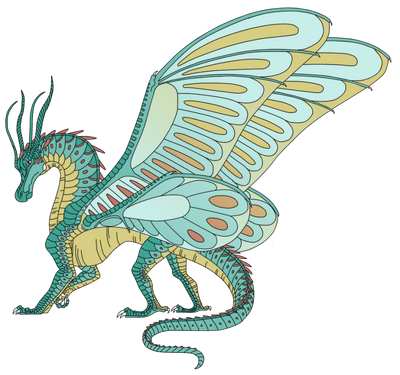 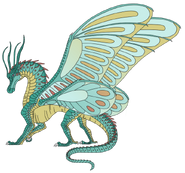 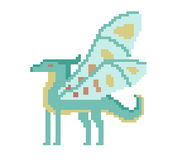 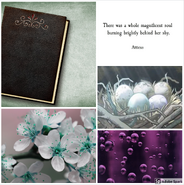 Headshot by Cloud
Add a photo to this gallery
Retrieved from "https://wingsoffirefanon.fandom.com/wiki/Hyacinth?oldid=1919334"
Community content is available under CC-BY-SA unless otherwise noted.