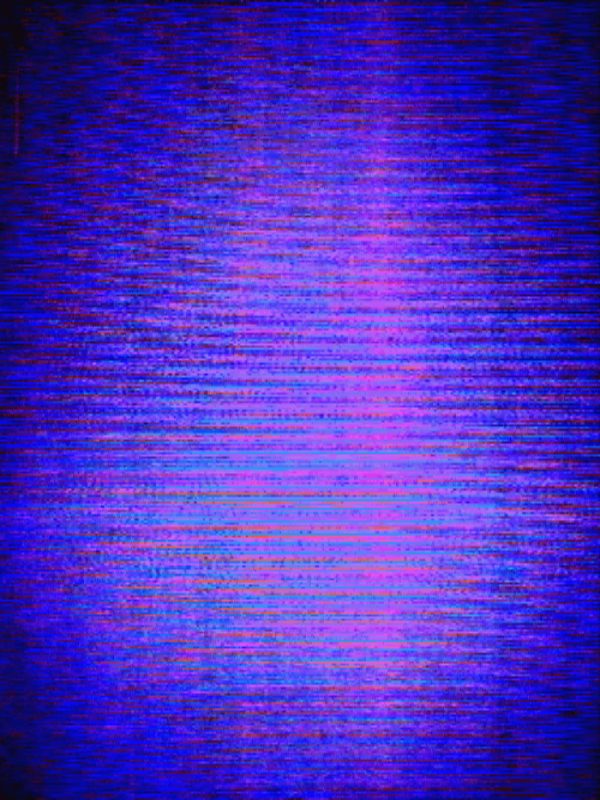 Glitchtrap is a pretty normal-sized dragon, average height for a adult male SandWing. Normal weight with an average wingspan and a short neck. He has long limbs with a a snout on the shorter-side. His eyes are rounded instead of your normal oval-shape and he has long, camel-like eyelashes. His large ears and rotting buck teeth might remind someone of a rabbit, albeit a dangerous one. His talons are short yet sharp and his horns are longer than his ears. He has a long tail with a small barb at the end as well as scavenger-like paws and rabbit-like hind feet. He has a small frill and droopy eyelids.

The first thing you'll notice about him is his eyes. His bright magenta-colored eyes that glow in the darkness. The next thing you'll notice is his brown smile and his chocolate-colored horns. Then you'll see his golden-brown mainscales and the black stitches that run down his body. His eye-ridges are black and his overscales are a dusty brown, as well as his secondary scales, his underscales are a tan-color. Two brown, button-like dots fleck his underbelly right under his chest. His talons are a mud-brown and his wing membrane is a burnt seina color. His eyelashes are black and his frill is dark brown. Glitch's blood is... Well, I'm not sure if he has any blood, or flesh for that matter, but I'm sure he does, let's just say he does for now.

Glichtrap finds jewelry to heavy for his line of work, so instead he wears only two pieces of clothing. A very large purple bow-tie that perches high upon his neck and a violet vest with magenta star patterns decorating the surface.

Glitchtrap moves like any other dragon, but he dances with a smoothness that some can not pull off. Sometimes he 'lags', that means he suddenly freezes and doesn't move until a short time afterward. The same goes for flying, though he doesn't do it often. His voice is soft and raspy, slightly british accent-wise but bot much and has been reported to smell like dust and blood. He doesn't smell that pleasant to be honest.

It is unknown how Glitchtrap truly came to be, some say it's the soul of a serial killer that had accidentally got scanned into the game, others say that it's just a extreme virus. The only thing we really know is that he is extremely dangerous.

The first sighting of this strange rabbit-like dragon is in the game Help Wanted, where he appears stalking the player from behind, although he looks very different from his last appearance, he almost looked like a phantom, all green, with semi-translucent scales and magenta eyes.

As the player continued, Glitchtrap disappeared and reappeared at random moments, seemingly getting more 'physical' every time, changing from green to a golden-brown color. After awhile, the player could see him beckoning them behind the curtain in the showtime area.

When the player decided to follow him, he started to act quite... strange.

Snowshoe: Snowshoe is Glitchtrap's 'host', meaning that he has (halfway) taken over her body. He has no real connection to the hybrid, like how two business partners don't feel for each other, they just coexist to get things done. Although, instead of normal work, it's killing dragonets to find a new host.

Elegance: Glitchtrap hates (but not as strong of a hate as other dragons) Elegance and would honestly be glad if she died.He is annoyed about how she tried to stop him.He does love the fear that she has when she sees or hears him more then other dragon's fears though.

Gator and the Other Performers: The performers seem to take a strong dislike to Snowshoe and him, attacking the two every time they show up. Glitchtrap seems to hate them too.

- Based on Glitchtrap from Five Nights at Freddy's

- He is believed to be a reincarnation of Purple

- Glitchtrap has been reported to look like he's wearing some sort of mascot suit, which causes much debate over his actual tribe, that is, if he is even a dragon

- Glitchtrap could possibly be a demon of sorts instead of a dragon, as stated above

Headshot by Peak
Add a photo to this gallery
Retrieved from "https://wingsoffirefanon.fandom.com/wiki/Glitchtrap?oldid=2825712"
Community content is available under CC-BY-SA unless otherwise noted.