This is Bean's sona. Do not take anything from this page. 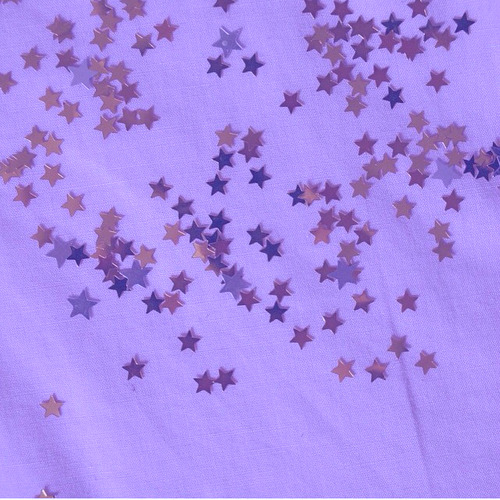 Forgetty belongs to Raybean. I said it once and I'll say it again.

Forget-Me-Not is like an object of the mind. Their appearance constantly ebbs and flows, like the tides of thought in one's head. Her scale colours are like the arctic seen through stained glass window, colourful yet cold. THeir main scales are a perfect ivory with hints of rose, violet, and periwinkle occasionally flickering, while her ruff constantly swirls in shades of purple and green. Her eyes dance betweeen blue, green, hazel, and grey, like the flame of a candle.

Her body is made of curves. Strong, imperfect curves, yet graceful, like a flier. Her wings are large and shining gray and blue, like polished silver and her tail thins into a point with a few spikes. Overall, she has a neat, slightly flawed posture to go along with her almost random colours.

Forgetty truly isn't one to be forgotten. Their face usually has a quiet, slightly enigmatic look when she's alone, but a more relaxed look when she's with her friends. They don't seem like they would stand out, but they do, in little ways.

Ther persona is a thick tide of emotions. They like to hide it under a silky veil of calm. Emotions for them are... complicated. But they will show them to their friends. Forget-Me-Not will reach out.

Usually they wait before interaction, wait A LOT. One of their biggest fears is awkwardnesss, so they do not attempt to engage unless they are positive that it will work.

When she does make friends, she's a good one, and she'll always be there for them. Though oftentimes she can become clingy.

They are a slight grudge-holder, and have a long-lasting memory of times they have been wronged, though, more often then not, they hold grudges against themselves for doing stupid.

Despite all the negativity, they try to see beauty in everything, though it's difficult for them to shake of their natural pessimistic behaviour.

Forgetty is daring, bold, though also a coward at times. Their pessimistic behaviour extends to their belief in their own capabilities as well, though they prefer to put the heavier load on themselves, pushing it way too hard and failing.

She has proven to have a high IQ, mostly in the reading & comprehension area, along with vocabulary, though she has uncannily terrible social skills, which makes things complicated when behaving around others. Stupid.

They had the average dragonet history. Their parents loved her, yadda yadda yadda. They have an infinite hard time loving themselves.

They met Stormsurge one time and fell in love rather quickly. <3

Not much to know.

They have done some... questionabe things to themself, but they'd rather share them privately with friends.

Pancake: FMN thinks this dragon is epic. They can relate to being demifemale and liking girls very much. They like to chat with them and FM thinks they want to get to know them more.

Iceberry: Forgetty has known Iceberry for a loooong time now, and thinks that she has amazing writing skills. Also, they love rpping and chatting with her constantly.

Ghosting: (sorry sora, ik you didn't ask but you were in inky's relationships and she's no longer my sona sooooo) Ghost is one of Forgetty's favourite friends. It was because of her that they got into She-Ra and they love to chat with each other.

Morpho: Their personalities clash, but Forgetty and Morpho have bonded tons of times over fun things like Puddle Universe!! They also really love Morpho's writing, and they hope that she writes more!

Dewdrop: They have only just met her, and have superstitions about animus magic, but they think that Dew is actually pretty cool. She thinks it's awesome that she plays instruments!

Glide: OWO WHAT'S THIS?? Forgetty thinks this dragon is amazing, and they talk way to little. She loves how they both like Red Queen!!

Intellect~ They aren't street smart at all, but they do know tons about the world, especially words, books, and ASTRONOMY. For example, in their cores, stars fuse hydrogen into helium, and when the hydrogen supply is exhausted, and helium into heavier elements, up until they get iron. Then, if the star is massive enough, it can collapse into a black hole! Wow!

Strength~ While they lack the ability to get a basketball in a hoop, their body structure is built more bulkily than other dragons their age, enabling them to take others down by sheer force.

Frostbreath~ By sheer chance, they inherited frostbreath rather than venom. They do have the fangs, though, but they lie dormant and venomless. The "frostbreath" isn't much use either. It's a misty sort of cloud that kind of makes the air a bit colder. Useful if they want to hide themselves in a cloud of it.

Tests~ They despise taking tests and often stress waaaayy too much. Enough said, they blow things way out of proportion (WHY DO THEY CARE IF THEIR AVERAGE IS IN THE 90-100% RANGE?????)

Envy~ Yes, it's a sin. But we all sin, and Forget-Me-Not is no exception. They have terrible envy, but it's a double-edged sword that often hurts them when they fail to meet their own expectations of surpassing all others.

By the wonderful NS!! I wouldn't call it edgy. It's a beautiful piece of work, and an accurate representation of how I often feel.

By amazing Pearl! Forgetty is so beautiful in this one. They look so innocent with those cherry blossoms. 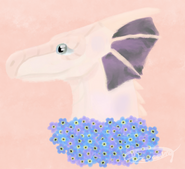 By DragonDreaming! It's a beautiful new style, and it looks great on Forgetty!

By fabulous QE1! It's a beautiful image. The colours are soft and go well with the lighting!

This wonderful piece of work is by Dreamoo! I love their expression! It's so mischevous and peaceful at the same time
Add a photo to this gallery
It's over, isn't it? Go home.
Retrieved from "https://wingsoffirefanon.fandom.com/wiki/Forget-Me-Not_(Raybean)?oldid=1909139"
Community content is available under CC-BY-SA unless otherwise noted.