Princess of the NightWings

The Kingdom of night

~ Evilslayer to Darkstalker about Igloo (well as a SeaWing named Trident)

Evilslayer has the headshape of her father and the bodyshape of the average NightWing.Her eyes are more like clearsight's eyes with a hint of her fathers.Her scales are black with the upper scales being a dark grey and the under belly being the same color has darkstalker's underbelly.Her horns are a dark grey but lighter the spines were the same color. 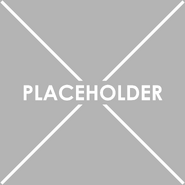 Add a photo to this gallery
Retrieved from "https://wingsoffirefanon.fandom.com/wiki/Evilslayer?oldid=2115636"
Community content is available under CC-BY-SA unless otherwise noted.