This character belongs to DJ. Don't use her without my permission!

The End Guard belongs to NS. 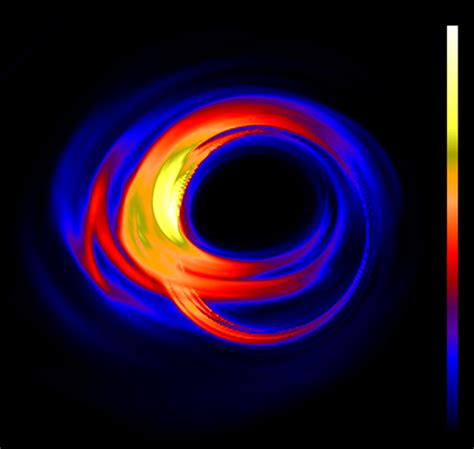 a theoretical boundary around a black hole beyond which no light or other radiation can escape.

Event Horizon is a pretty standard-looking TempestWing. Her scales are a deep purple, appearing black in most lighting. Her horns and spikes are also black and shiny. Her horns curve slightly in the middle. Her eyes are bright purple, as are the stripes on her wings. Her wing membranes are black. Horizon's transitional scales are bright white and glow slightly when she's charged.

Event Horizon isn't special-looking in build, either. She has a good fat to muscle ratio, and might be considered a bit athletic-looking. Every proportion conforms to the TempestWing average.

She wears a plain colored t-shirt with a longer sleeved button-up shirt over it. Over that, she often wears a stained, formerly white apron with a large pocket on the chest. It used to have some sort of embroidery on it, bit it has since worn away into a couple of random black threads sewn into the apron. She is very fond of it. Horizon will wear normal blue jeans or nicer-looking black pants.

Event Horizon carries a black wallet in her pocket, containing her ID, $15-$25 in various bills and coins, and a concealed carry permit. When allowed, she carries a small black pistol with her for self-defense, although she's never had to use it.

When talking with others, Horizon is considerate, polite, and just the right amount of positive. She tries to make any conversation worthwhile or simply less awkward. Event Horizon appears a bit shy, which is mainly shown in how she looks away from whoever she's talking to every so often, and the way her head is often tilted toward the floor.

Horizon is both terrified by and intrigued by the End Guard subjects. She has no wish to interact with them one-on-one, but also wants to know more about them. She follows most (if not all) rules to a tee. She loves her job as a cook. She has a fascination with space, sciences, and the divine.

Event Horizon hatched to a fairly normal family in Endwit. Her mother (Nebula) owned a small bakery and her father (Darkflash) was an astrophysicist.

Her parents had married only recently, and the relationship between her mother and father was a bit shaky. They both loved Horizon, but they disagreed on how they should raise her. Nebula wanted her daughter to have infinite possibilities in her life, become what she wanted to, and learn things at her own pace. Darkflash wanted a structured, orderly life for her, and hoped she would follow in his footsteps and become a scientist.

Event Horizon grew up under her mother's care, for the most part. Her father's job kept him away from the early hours of the morning to late at night, where he came home, ate dinner, and went to bed.

Horizon attended a local school and earned average to above average grades, and made a few friends. Nothing abnormal or extraordinary.

When Horizon entered third grade, her parents' relationship became worse. They fought more, and when they weren't fighting, they gave each other the silent treatment. Her mother attempted to explain it to a curious dragonet, saying that it was nothing she should be concerned about.

As Horizon grew older, she realized her parents' fights weren't just "nothing." They began ignoring each other more, her mother ending up doing household chores, getting food, and taking care of EH while Darkflash worked.

It was this time Event Horizon learned to cook. She loved it, and was arguably even better than her mother (who was a fantastic cook). She got a part-time job at her mother's bakery.

Nebula confronted Darkflash one night, saying he wasn't doing his part to help take care of Horizon. He claimed that he was the "head of the household" and that "without me, you'd be living on the streets." He said he was insulted that Nebula thought he wasn't taking care of their only child.

Nebula, in a fit of rage, clawed his snout and threw him out of the house. Horizon hid in her room for the rest of the night.

The next morning, Nebula decided to divorce Darkflame. It went rather smoothly, and their lives continued rather uneventfully. Event Horizon graduated school and went to college with a scholarship for academic excellence.

She finished college well, and learned of a project called the End Guard. She applied for a job as a cook and, after a while, got accepted into the program.

Soon after she was accepted, Nebula told her of a wonderful dragon she met named Windcall. They met and got along surprisingly well. Windcall was funny, nice, and clearly loved Nebula with all his heart. Two years after they met, Nebula married Windcall.

Culinary skills: Horizon is one of the best chefs in the End Guard, and has been tasked with the misfortune of training new chefs.

Enhanced Senses: She usually enhances her hearing and smell to avoid burning things. She has grown used to her enhanced senses and can't function as well without them.

generally, she doesn't interact with anyone outside of "here's some food have a good day don't get killed" lol.

Note: She hasn't interacted with any of the experiments, these are just her opinions on them based on what she's heard from other staff members.

Rapture: Scared of Rapture, but is in awe of them.

Evangeline: Neutral opinion, less scary than some other subjects.

Ragnarok: Scared, but surprised at his more protective and civilized traits.

Afreet: Scared, nothing else, just scared

Isocolon: Least scary to her but still wouldn't want to get in his way.

Darkflame: Hates his GUTS, hopes he's dead. will kill him.

Windcall: They're close and keep in contact a lot. Horizon sees him more as a close friend than a father, though.

standard base by ns, placeholder

base by resa, placeholder
Add a photo to this gallery
Retrieved from "https://wingsoffirefanon.fandom.com/wiki/Event_Horizon?oldid=1606831"
Community content is available under CC-BY-SA unless otherwise noted.