Eveningtide belongs to Peak! Do not steal, edit, or copy. Ask me if you want to use her in anything. Thank you! okay this is actually going to be my character for the pixel gif contest


The crowded streets of Saltwind boast brand-name stores at every corner. Dragons scream from the sidelines, calling out phony prices and promising great deals. A headache starting to pound behind your eyelids, you duck into a small shop wedged between an apartment building and a three-story store.

You are immediately welcomed by the warm smell of apple-scented candles and cinnamon rolls. Behind the counter stands a Spark. With wide shoulders and strong limbs, she gives off the aura of a warrior. Three white scars run from the bottom of her left eye to her jaw and half of her left horn is snapped off.

She asks if you would like a cup of coffee or tea.

Her large, feathered wings brush against the counter. A finger of electricity darts down her wing and disappears with a SNAP! Unlike her blue-brown scales, her wings have more brown to them. The ends are neatly dyed with midnight blue ink, speckled with white. Her underscales are the same blue as her wing dye.

The Spark turns to you again, this time holding out a fresh cup of coffee.

"Sugar and milk are on the right. Lids too."

You take the cup and thank her. Looking up into her eyes, you are startled. They are a shocking electric blue. Their color seems to follow you to your seat, around the shop, and down the street once you leave.

You have just met Eveningtide.


Made obvious by her feathered wings, Eveningtide is a Spark. She has some control over her abilities, though she suppresses them more often than not. Her electricity becomes hard for her to handle during extreme emotions/emotional outbursts, storms, and when she is tired.

Evening is very strong in both intellect and physical capability. Due to her training in the Strike Force, she's also skilled in weapons handling, claw-to-claw combat, and stealth.


- Usually very calm with a still but not dull mindset

- Feels at home in the wind and during the colorful seasons

- Very friendly to outsiders and customers

- Easily angered but knows how to hold her temper


- Hatched and raised in Saltwind

- Nothing too exciting happened in her childhood; went to school and everything

- Enlisted in a military academy when it was time for college

- Served in the army for about 10 years; Strike Force in a Lightning Squadron

- When she finished, she moved back to Saltwind and opened a small coffee/tea/candle shop 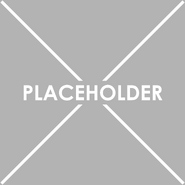 Retrieved from "https://wingsoffirefanon.fandom.com/wiki/Eveningtide?oldid=2296750"
Community content is available under CC-BY-SA unless otherwise noted.