This page may contain profanity, violence, mild gore, or other forms of mature content.

he was in the forest, looking to see the trees,
but none were there.

"you will die by my hand if you continue breathing right now here." - dusk to amai
(credit to seb)

He is a gaunt, sorrowful figure, a ghost in the peripheral vision of some solitary dragon going about their evening. dusk we get it ur emo its ok

they were in the white wood, gamboling out to picnic,
in the light leaves broke above then fell below.

i was in the middle ground, looking to find the flowers in the garden,
wearying of the hate me, hate me not; wait, they forgot.

deeper in they crept, oblivious of the bears and darker terrors,
or none were there; how did they dare?

seb is giving me big brained ideas for this we revampin boys!!!!!!!

i was in the middle ground, looking to find the fountain of infinite mirror.
tree falling, no one could hear.

Watchful: the other evil grandma

Kazeki: this kami family tree suitcase is a lot to unpack

Omen: bro they are emo vibing

shadow of nobody there,
murders of murderers living in fear of it.

soon arrived the twilight; finally the night and day remembered
how they came to be.

feat nobi and hitsu, by beeps 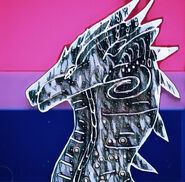 sebastion
Retrieved from "https://wingsoffirefanon.fandom.com/wiki/Dusk%27s_Keen?oldid=2575850"
Community content is available under CC-BY-SA unless otherwise noted.