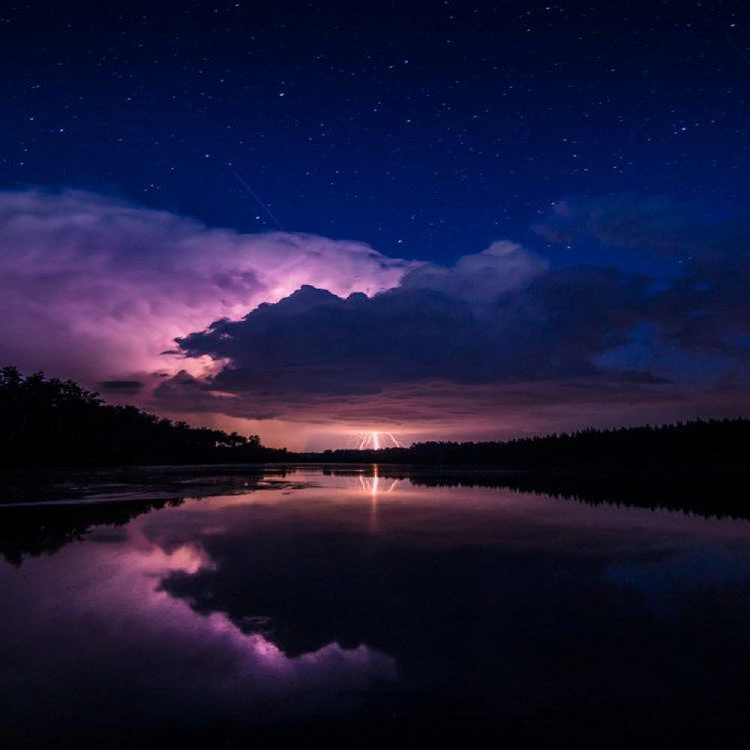 Please do not steal or tamper with the character or the coding!
Drizzle, preferring the nickname Drizz, is a female SeaSkyNightRainWing dragonet. She currently resides in the Rainforest Kingdom. She is the daughter of Seashell and Spiderfinder and has 3 siblings. She is in a relationship with Coral.

Her scale color is a pale light blue, the top of her head purple. Her webs are blue and teal, while her wings fade from purple to blue then teal. Her bioluminescent scales as well as her eyes share the same teal color. Her NightWing scales are a lilac purple while her underbelly is pale purple. Her forked tongue is dark maroon. She typically wears a tired or slightly worried/nervous smile. She normally wears glasses, except for when she's resting.

Her only accessories are a flower crown that she occasionally wears as well as gold earrings.

Drizzle is cheerful a lot of the time and always willing to help to the best of her ability.

Although she is a generally happy dragon, sometimes things may take a turn. She can often get stressed out easily, but tries her best to stay calm. She normally controls her stress by listening to music or singing. In difficult situations, she tries to deal with things quickly and efficiently, preferring not to argue.

Drizzle typically has a thing for putting other dragons before herself. She hates being in crowds or being cramped. Since she is an introvert, she doesn't like talking to people that aren't her friends or family. She always loves curling up underneath a blanket while enjoying a book. She considers herself a bit weird, and will do anything to protect the ones she loves. She also enjoys exploring.

When you look at Drizzle, it's obvious she's a hybrid. Although she can light up her bioluminescent scales, she can't communicate very well with them, as she has less than normal SeaWings. She loves climbing and hanging out in the water. She also has the ability to breathe fire. She stays up late, which her vision has adjusted to, making it easier for her to see in the dark.

The first part of Drizzle's life was pretty typical. She had friends, she loved talking to other dragons, and was very happy with herself. Her parents loved her and no one argued. She wished that things could be like that forever, but it only got difficult as she got older.

Drizzle went to public schools up until she was halfway through school. She always tried to fit in, trying to make conversations with other dragons, but they turned her away.

She was homeschooled for a short period of time, but since her parents couldn't keep up with her work, she had to start going to public schools once again. Things were no better. She gave up trying to make conversations, and was bullied into trying to act 'cool'. She tried homeschooling herself, but she soon realized that it was not giving her enough education, and she needed to get back to public schooling. She's going to get back into public schooling soon, but she is scared for what's going to be ahead of her.

Drizzle and her siblings, like all siblings, have had fights. She tries to avoid arguments with them as much as possible, and she is working on having a stronger bond with them. She does have a strong relationship with her older brother Starfire, though. They talk to each other often and get along, but they can disagree with each other at times. Drizzle's parents tend to fight often, which upsets her, but the fights are normally resolved. Although things can get tough for her, her friends now have always been there to support her, and she hopes for the best. She tries her best to stay happy and not worry so much all the time.

Made by Heron the MudWing

Base by thedragonwindmaster, colored by Drizzle 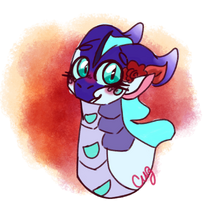 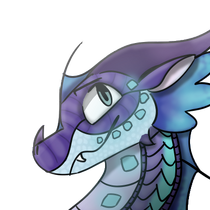 Made by Luna the SilkWing 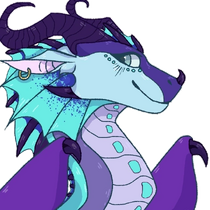 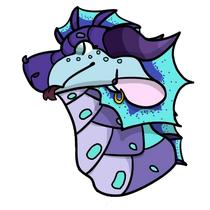 Base by Mushrmkng, colored by Drizzle 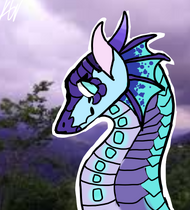 Made by Coral the Rain-seawing 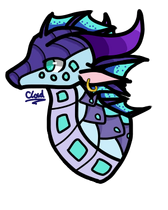 Base by Cloud of the IceWings, colored by Drizzle
Add a photo to this gallery
Retrieved from "https://wingsoffirefanon.fandom.com/wiki/Drizzle?oldid=2567168"
Community content is available under CC-BY-SA unless otherwise noted.