She's imperfect, but she tries

When it comes to her looks, she is mostly NightWing.

SeaWing features: Destiny has fins/spikes running down her back and neck. She also has a few glowing scales going up her wings, and also some on her tail.

SkyWing features: She has the horn on the tip of her snout, and her wings are SkyWing.

NightWing features: Destiny has the body of a NightWing, except for the wings. She has thick, armored scales. Her horns are NightWing.

Destiny has a long snout. Her horns are also thin and long. She is more on the plump side rather than thin. Her wings are large from her SkyWing heritage. Her tail is shorter than most dragons' tails. Destiny is a smaller dragon for her age.

Her scales are mainly obsidian-black with some deep-red and bright-red accents here and there. Her SeaWing fins/spikes are bright blue. Her horns are ivory-white. Her underbelly is light gray. Her wing membranes are red, fading to a magenta-pink, then purple, then blue. Her eyes are bright blue.

She also has a tattoo of three moons on her neck. She sometimes wears a matching jewelry set: silver necklace and earrings with pearls on them. Bracelets are a no-no for her. She also has a twisty band on her left horn. She has two piercings in both her ears, and she usually wears stud pearl earrings in both. She wears these all the time, and they match her occasional other jewelry.

Anthro Appearance: Destiny can usually be found wearing a pink shirt with either a gray or turquoise skirt. None of her clothes match. She’s a bit of a mess.

She is good, but she lies

How does one balance out tribrid abilities?

Destiny can fly very fast because of her large SkyWing wings. She is able to swim somewhat well from her SeaWing genetics, but she doesn't enjoy it very much. Destiny can also breath fire, but it is very limited since she is part SeaWing, and SeaWings cannot breathe fire.

Her art skills are very good. She draws a lot during her free time, experimenting with new styles and skills. She picks up on art tactics quickly. She can draw better than she can paint.

Considering her laziness in many things, she's surprisingly fit. She can move quickly and she has good reflexes. She has to sit down after a certain amount of time during exercising though.

She does have gills, so she can breath underwater, but she can only hold her breath for a very short time due to her other hybridization. She lacks brightly-glowing scales to temporarily blind dragons for her defense. (She has some glowing scales, but they can't glow brightly.) Sometimes, when she's running or flying, she will run out of breath and become winded easily. She doesn't know why. She just has shortness of breath a lot.

She is hard on herself

and a little rude

She is broken and won't ask for help

write an actual history u nerd

She is messy, but she's kind

She is lonely most of the time 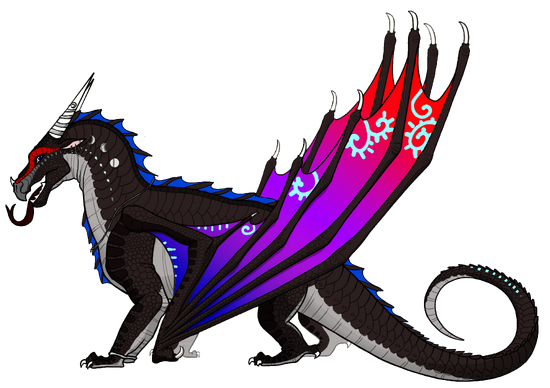 She is gone but she used to be mine

A huge thank you to those who made her art. Every piece is so amazing I love them all so much <333

by myself ew get rid of it

by AnAngrySquirrel
Add a photo to this gallery
Retrieved from "https://wingsoffirefanon.fandom.com/wiki/Destiny?oldid=2193411"
Community content is available under CC-BY-SA unless otherwise noted.