Day Break is a mixture of light colors that reflect a new morning. She is mainly white but her horns and spikes are a light pastel yellow. Her underwings are a pastel light pink and her eyes are a deep, royal blue. Her talons are light grey and are always kept clean. Day always tries to stand up straight and look profesional so other dragons think of her as a good leader.

Day always tries to seem capable of her task. For example, when she received the title of Captain, she always stood up straight and tried to talk sternly. The only time she breaks her “character” is when she is at home with her mate and dragonet. Day Break is extremely loyal and will fight to the death for her tribe. Part of how her fight till the death personality came into play was because of her brother, Dusk Bringer. He always wanted to be a Captain and told her when they were dragonets how he die for his tribe. Since his death, Day Break wanted to follow his dream.

Day Break was raised as a young dragonet by normal parents, her childhood was mostly normal; she went to school and had good relationships with her parents. She also had a twin brother named Dusk Bringer who died at the age of 6, due to illness. This caused Day Break to fallow Dusk’s dream for him and tried to become a captain in The Circle. She faced many issues and conflicts but ended up being elected at the age of 12. She knows what it is like to see death and she knows how others feel about experiencing it and thus she takes her position seriously but tries to look at multiple sides of things especially if violence is involved. Day ended up finding a mate by the name of Zaya and they had a single daughter by the name of Dawn Seeker. Day Break tries to balance her role in The Circle with her family life but sometimes causes an temporary imbalance. Overall Day Break tries to be a well rounded dragon and carry out what her deceased twin brother dreamed of becoming.

Dusk Bringer- she was very close to Dusk and misses him very much. They were the best of friends and when her brother died she was mortified. She loved him so much that she pursued his dream for him to remember him by. Without her brother she would never have become Captain of the Lightwings.

Zaya- Reminds her of Dusk and she sometimes mistakes him for her brother because of their similar color. She is very close to Zaya and she is often the first dragon she goes to when she needs to talk. Zaya is very accepting of Day but both of them still have standards for each other.

Dawn Seeker- Day loves her dragonet very much but is overprotective of her because of Dusk’s death. She loves to play with Dawn whenever she gets the chance but still takes her job very seriously. 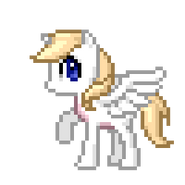 As a pony by Piggyxl, inspired by Morpho
Add a photo to this gallery
Retrieved from "https://wingsoffirefanon.fandom.com/wiki/Day_Break?oldid=2120245"
Community content is available under CC-BY-SA unless otherwise noted.