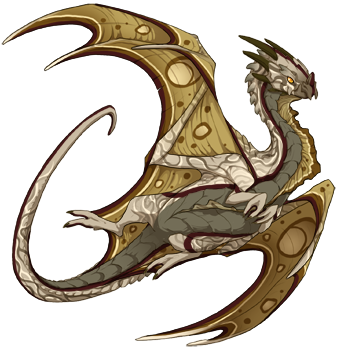 Used to have a booth in Possibility, not anymore

An assortment of daggers

Feel free to ask. Dagger is also open for RP

“My mother? Oh she’s really cool. She always brings me the coolest blades and things. I kinda wish she was home more...”

Dagger is oblivious to her mother’s job, or her affiliation with the Tigers. She adores her, but believes her to be to control and protecting. Positive/Neutral

“Dhole’s really fun! He taught me to hunt. He actually taught me that flying isn’t always the best...”

Dagger adores her father figure, as he mostly raised her when she was too young to be left alone. She hasn’t the slights idea she isn’t his fleas and blood, and neither does he. Positive

“How do you know my mother?”

Dagger by IGF!!! Thank you! 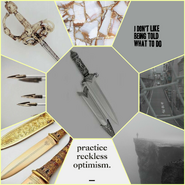 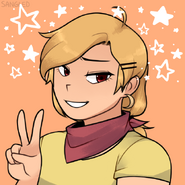 As a human by WildKadachi!

Wordcloud Dragon by MoonlightFantasy!
Add a photo to this gallery
Retrieved from "https://wingsoffirefanon.fandom.com/wiki/Dagger?oldid=2081822"
Community content is available under CC-BY-SA unless otherwise noted.