Coypu is an average looking Mudwing and there doesn’t seem to be anything special about his appearance until you look closer. His main scales a a medium brown color to go with his dark chocolate back. His belly and underwings and a dark, faded red and his eyes are dark maroon. Around his left eye ks a dark scorch mark from a battle he was in with his sibs. The three scars on his neck came from the last battle he had before all of his sibs died. He was fighting Icewing soldiers when one by one all of them died. Coypu was attacked on the neck while trying to save his sister, Bobcat.

Coypu is a very social dragon and hates being alone. He is very loyal and almost clingy to his friends because of his siblings dying. Coy is usually very protective and will fight when needed. Coypu is often gullible because of how easily he trusts others. Coypu’s worst fear is being forgotten and he strives to keep a good amount of friends near him at all times.

When his sibs and him hatched, Coy was trying to get out of his shell when he accidentally rolled into another egg causing it to crack. Trout, the dragonet inside, tumbled out with a confused looks on his face. Eventually Coyou got out of his egg and then helped his other siblings out of their shells. Even though Coyou was the biggest and technically should’ve been the big wings, they decided Trout should take the role since he hatched first. Deep down this angered Coy and he has always hated his brother for it ever since. Overall, Coypu had a normal dragonethood and fought at the very end of the war of Sandwing Succession. During a fight with Icewings, Trout was severely injured and was on death’s door. Instead of going to get help, he took a dagger with poison on the tip, which he was supposed to use of the Icewings, on his brother. He lied to his sibs that the Icewings killed him and they believed him. Coypu then became the big wings of his sibs but struggled to lead them since he led to win the war instead of worrying about his family. During the next battle, all of his sibs died in the enemies talons. Coy mourned over them for many days before deciding to look for a new unsib group to join. One night an odd Icewing who didn’t remember anything about his past was flying towards the Mud Kingdom. The Mudwing questioned why he wasn’t in the Icewing Kingdom to which the ice dragon didn’t have an answer. When asked his name, the Icewing didn’t have an answer and the Mudwing decided to call him Seal and they parted ways, promising they’d see each other again one day. 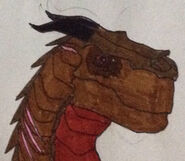 With the rest of his winglet 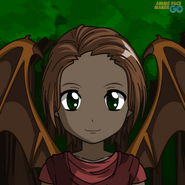 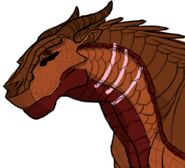 By Random
Add a photo to this gallery
Retrieved from "https://wingsoffirefanon.fandom.com/wiki/Coypu?oldid=2091921"
Community content is available under CC-BY-SA unless otherwise noted.