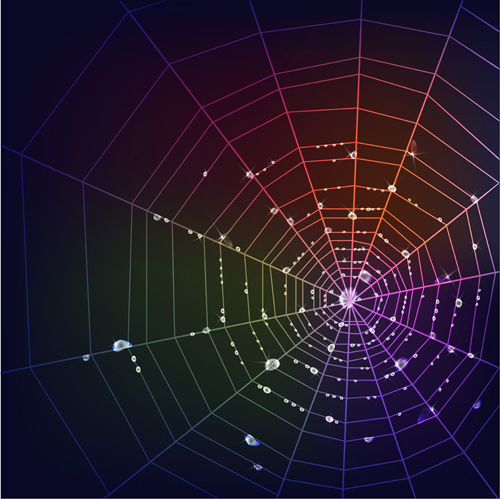 Physical Appearance
Black Widow is a RainWing, SilkWing, NightWing hybrid. She has the basic body of a SilkWing with RainWing Frills and venom. Her scales have a slight iridescent red to them. Her main scales are a dark grey that is nearly black with lighter accent scales and belly. Her wing membrane matches this but her spots are a bright red with darker red accents. Her eyes are bright blood red and have a glow effect to them. In the center of her forehead is a red hourglass marking that she was born with. Her spine, claws, and horns are a dull silver.

Accessories
Around her chest is a belt that holds many daggers and throwing knives which she uses when hunting. She belt is dark grey so it doesn't stand out much against her scales.

Black Widow is quite the evil character, working as an assassin for those who pay her. She is an expert martial artist and even without transitional scales, she can very easily blend in with the shadows.

She is very blood thirsty and will do anything to satisfy her desire. Those who have escaped her violence say she is a vampire and will suck the blood right out of you. Black Widow though isn't a cannibal and finds that quite gross but many dragons have suspected that she sucks blood since she always kills her prey with a bite to the neck.

Though she is violent, Black Widow is kind toward young dragonets. She wont kill one unless she must. Sometimes, if she finds an abandoned one, she will leave it at someone's doorstep to take care of.

Befriending Black Widow is extremely difficult as those who come in contact with her are killed. She does have a few she trusts which are friends from her old dragonethood.

Like her name suggests, she likes to trap dragons in webs made from her silk. She will either watch them die from hunger or go in for a swift kill once she does this. Sometimes she will even talk to her prey before killing them. Her hunting style follows this same pattern but she always kills immediately as soon as something touches her web.

Black Widow hatched in the rainforest to her RainWing NightWing hybrid mother. She had two other sisters named Tarantula and Arachnia. Tarantula was a dull brown with grey and black markings and Arachnia was black with bright yellow and white markings. Growing up her mother never cared much for them and one day never returned home at all. As the youngest sister, Black Widow relied on her two older sisters for survival. They helped each other out lovingly. Many who come across them called them the spider sisters.

As time went on, Black Widow noticed that her sisters were beginning to notice her less and less. Barely feeding her and protecting her. It soon came to be that they only shared a meal with her three times a week. Growing hungry, Black Widow tried to hunt on her own but they rainforest animals were to quick for her. She tried eating fruit but she greatly hated the taste.

She developed a way to catch prey but setting traps with her silk. First she set one up, leave for the day, then come back in the evening to see what she caught. However, due to her hybridization, her silk wasn't as strong as regular SilkWings, so whatever walked or flew into her web would get stuck for a few minutes but eventual wriggle free.

Black Widow was patient and so she spun her web then waited nearby for prey to walk or fly into it. And it was a success. She first caught a monkey that was swinging on a vine and swung right into her web. She ran up quickly and pulled it out and bit its neck, injecting her venom. She had to hold it down so it would run away while the venom worked its way into the monkey's bloodstream and reach its heart. She later figured out she could wrap her prey in her silk till they stopped moving.

Soon prey became scarce and Black Widow began to go hungry as her sisters continued to pick off the game leaving nothing to wander into her webs.

Tarantula weaved around branches in pursuit of a monkey. Suddenly, she stopped in mid air and sticky strings grabbed onto her legs, wings and neck. She looked up and saw Black Widow sitting on a branch above the web, her red eyes gleaming evilly at her. Tarantula struggled to free her self. Black Widow slowly lowered on a string of silk from her perch till she was even with Tarantula's gaze. She was hanging upside down. "Help me Black Widow!" Tarantula panted. Black Widow smiled in return, her eyes mad and hungry. "Why would I, your just in time for dinner."

Tarantula starred at her then realized what she meant. "B-but, I'm your own sis-" Her words were cut off as Black Widow lunged for her throat and sank her fangs into her scales. She felt blood fill her mouth signaling she had entered an artery. She injected her venom the backed away from Tarantula.

Tarantula felt blood fill in her throat, pain spread through her neck from the bite wound. She began to panic and flap her wings and wave her arms trying to free herself from the web. Black Widow just hung upside down on her silk, I big bloody smile on her face. Tarantula continued to panic till slowly her vision began to blur and her limbs began to go numb. "No!" She wailed, but it came out as a roar with the gurgling of blood in her throat.

Her vison clouded and slowly, her limbs stopped moving. She managed too look back at Black Widow, who's eyes glowed red in the low light. Blood dripping from her mouth. Then everything went black.

One day, her own sister Tarantula flew into her web by accident. But Black Widow had been driven mad from hunger. She killed and ate her own sister. When her sister hadn't returned to the den, Arachnia left to find her. She came across Tarantula's remains which was her whole body dry of blood. Black Widow caught Arachnia while she was starring at her dead sister and sucked the blood out of her too.

A few days later, the sisters' remains were found by local RainWings. No one knew who would do such a thing. Black Widow continued to hunt dragons and suck the blood out of them. One survived and told others that she was the one who had been killing the dragons.

A bounty was put on her head and bounty hunters tried and failed to catch her. Today she is still hunted, but those who hunt her are the ones being hunted.

(Ask to be added to relationships)
Text Here

Retrieved from "https://wingsoffirefanon.fandom.com/wiki/Black_Widow?oldid=1416800"
Community content is available under CC-BY-SA unless otherwise noted.