Aztec is part of the Wartorn AU which is made by Sby. All credit to the plot line goes to her.

Aztec belongs to Piggyxl and his code is by Sby! Do not steal or edit code or character!!

Az looks like a normal Sandwing in almost every way except for his wings. His underwings are pure white which he inherited from his father’s side of the family. His main scales are tan and his underbelly is a pale sand color along with his frills. His eyes are black like an onyx and his horns are a rich brown. Aztec is slightly larger than most Sandwing’s his age and is a lot stronger since he always had to protect himself during training with his guardian.

Aztec, unlike his guardian, is a fairly easy dragon to understand. He enjoys training and flying and is comfortable around Wyvern, but with other dragons he is an introvert. Az doesn’t necessarily mind other dragons but he isn’t quick to trust them either. He was raised away from most dragons and is curious about the outside world. Aztec tries to be brave in front of his mentor but often fails. He tries to be optimistic of the lifestyle he has been raised in and show respect to Wyvern. As hates when Wyvern is grumpy and often doesn’t understand how one day she can he smiling and playing with him and the next day be grouchy. If you dig deeper into his personality you realize he isn’t always the happy dragon he shows on the outside, because of the masacre of his family he is often sad but tries not to show it in order to not worry and let down Wyvern.

Nile was the son of an Icewing Prince and a peasant Sandwing. The Icewing Queen shunned him and disowned his father for “infecting” the royal blood line and ordered for Nile, his parents and all of his descendente to be killed to prevent any hybrids from taking the throne. When the dictators came into power, this gave Nile a chance to escape since his parents had already been killed. He ended up getting married in a secret cave near the border of the Sandwing and Icewing Kingdom and started a family. Many fallowers of the Queen still wanted to kill Nile’s family and sought out to murder them. Eventually Nile and his son Ra were killed, leaving only Sahara, Ra’s mate, and their egg alive. Sahara knew it was only time before they where found and thus, when a group of dragons came looking for a Sandwing dragonet she gave up her egg. Days later she was killed and thus her son hatched an orphan in the hands of a two legged dragon named Wyvern. Aztec was raised in Sanddune for all of his dragonethood and hopes that one day that the world would be restored back to how it was before the dictators came into power.

Wyvern- Wyvern is Az’s guardian and mentor and has been one of the few dragons to be around him. She enjoys spending time with him and teaching him. Aztec thinks of her as his motherly figure and tries to impress her. Most of the time the two get along though when Wyvern is going through one of her moods and is grouchy, Aztec tries not to be around her. He is very close to her since she raised him from an egg.

Queen Permafrost- Aztec despises the Icewing Queen almost more than the dictators because of her ordering for all of his family to be killed. Az tries to have an open mind about all dragons but hasn’t been able to forgive her. 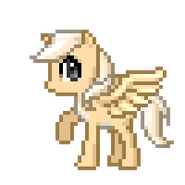 As a pony by Piggyxl, inspired by Morpho 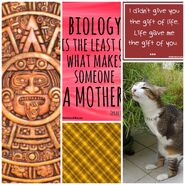 Aztec and Wyvern Aesthetic by Sby
Add a photo to this gallery
Retrieved from "https://wingsoffirefanon.fandom.com/wiki/Aztec_the_Sandwing?oldid=1623197"
Community content is available under CC-BY-SA unless otherwise noted.