Start a Wiki
Azazel belongs to RWD!! Please don’t edit or use without permission!!! Coding by Jelly!!!

This character primarily is for RWD‘s alternate historical event, The War Of Ourboros.

Azazel is a lean, muscular build. His features are an almost-perfect blend of NightWing and SkyWing. His claws are sharp and stained brown-red, and he has slightly curving SkyWing-like horns. His underbelly is plated, and his scales can seem like iron armor. He bears several scars across his chest, arms, and one down the right side of his neck. Azazel's eyes are perhaps the most intimidating of his features, red with orange around the pupil, and cold. Devoid of mercy, and filled with his rage.

Azazel has dull, almost metal-like scales. Black in color, they resemble the night sky, if it had a layer of tinted glass over it. The scales over his eyes and down his spine are a similar color, though more purple. He has dark-ish gray underscales, with red fading to orange surrounding the edges, just barely. The scales between his underbelly and main scales are a dark maroon, and his jagged-edged wings are an almost-black red, with hints of maroon stars that are barely visible, even up close. His horns are darker gray, as are his claws.

Azazel was hatched a few months before the War of Ouroboros, to his father,Thermal, a famed general, and Phantom, a NightWing who had left her home after her sister Eidolon ran away. But then, the Rogues struck.

A band of mercenaries, thieves, killers, and the worst of Pyrrhia had banned together and forcibly taken over the Scorpion Den. They were led by three dragons; Vibranium, a criminal from the Scorpion Den who had helped orchestrate the takeover, Sting, a barbless SandWing who had harbored a hatred for his tribe after they released his brother who had been the one who had almost killed him and taken his barb off in the process, and the most dangerous rogue of all. Desertstorm, a ruthless killer who had evaded capture for over ten years, and the half-sister of Thermal.

Thermal was called into battle against them, and the ensuing battle lasted four days. Thermal was killed by his sister in battle, which would later be named the Battle of Aitvaras, and the spark that set the fire to the war known as the War of Ourboros.

Soon after the battle ended, Desertstorm, who had heard of her brother's family, and his son's animus magic, hatched a plan. She went to Phantom and Azazel, claiming to be a messenger from the SkyWing army after disguising herself, saying Thermal had been turned on and slaughtered by his own warriors. Under the pretense of only giving the terrible news and only wanting to help the grieving family, she became close with Phantom and the young Azazel. Yet that ended one bloody night when Desertstorm gave the signal to her loyal followers. When Azazel was just one year old, his mother was killed by a squad of SkyWings posing as soldiers of the Queen. Desertstorm took him away under the pretense of saving him, to the Scorpion Den, where she raised him as her own. From there, the war became a bloodbath. The kingdoms were crushed under the sheer force of the army of rogues combined with Azazel's innocent Animus magic.

Almost seven years into the war, the now-eight year old Azazel uncovered the truth about his mother, and how his father had died. He kept his mouth shut, resolving that he would help neither side. He built up allies, and his own band of followers over the course of the eighth year of the war, intent on overthrowing Desertstorm's rule, while keeping the pretense of being on her side. It was at this time he met his soulmate, Petrel, a fierce warrior who doubted Desertstorm in her takeover of Pyrrhia. Azazel convinced her to join him in his quest, and during the ninth year of the war, they were married. A few months before the war ended, their first dragonet, Scylla, was hatched, having the ability to predict her opponent's next move in battle. When the war ended, Desertstorm had emerged triumphant, naming Azazel as her heir to Pyrrhia a few months later. Seeing his chance, Azazel snuck into Desertstorm's room, and killed her as she slept, his band of followers killing the guards to her room and keeping watch. Meanwhile, his and Petrel's second dragonet, Skolir, hatched. He had the ability to strengthen the emotions of those around him, be it hate, fear, or even love. Petrel started doubting her mate's sanity though, when he returned soon after the hatching, his talons red with the former overlord's blood.

Assuming his role as the new leader of Pyrrhia, Azazel stopped using his animus magic in order to convince Petrel to stay. After a year of his firm, ruthless rule, another dragonet was hatched; Finarel. Naming his third dragonet 'Great One' in the old language, Azazel expected great things of his youngest son. But to his frustration, Finarel had followed more closely along his mother's side, and therefore had no obvious powers. Azazel's grand expectations turned around, and he became neglectful of his son, and labeled Scylla his heir to the throne. That was the last straw for Petrel. She took the two week old Finarel along with the now-three year old Skolir and left the palace. Azazel, who knew if he used his magic to find them he would never regain Petrel's heart, went mad with anger and grief that his love had left him. Instead of trying to find the missing Petrel, he turned to a much darker solution; recreating her from stone.

Dragons formed from light and shadow. They appear almost like NightWings from a distance, but as one gets closer, their defining differences become clear. They have no defined scales, their bodies instead appearing only as a solid black, like a black hole in dragon form. Their eyes, mouth, blood, and internal organs shine with a blinding light, since they gather and store light all their lives in order to use it to sustain themselves. Azazel controls most of them, through a variety of enchantments. They are often sent by him to track down and duel his enemies to the death, using silvery swords of an unidentifiable metal thought to have been created by Azazel himself. A few remain outside of his control, though this number is limited, as most have been tracked down and destroyed. The Obscurities under his control do not have the ability to communicate, either their emotions or through words, though they do have personalities that they cannot express. Mind readers can read their minds, though it leaves the reader physically sick, and with temporary violent impulses.

Transmogrifiers Created by Azazel from stone after the war, Transmogrifiers appear normal. They can detach and reattach and detach body parts at will. They have the ability to close wounds such as slices or cuts, but are susceptible to poison. In addition, if an animus casts a spell to remove their powers, they will return to a state of being stone. WIP 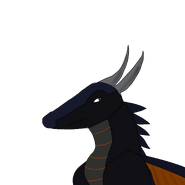 By The Wolves Heart 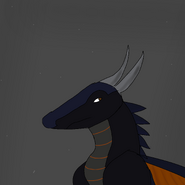 By The Wolves Heart
Add a photo to this gallery
Retrieved from "https://wingsoffirefanon.fandom.com/wiki/Azazel?oldid=1732367"
Community content is available under CC-BY-SA unless otherwise noted.