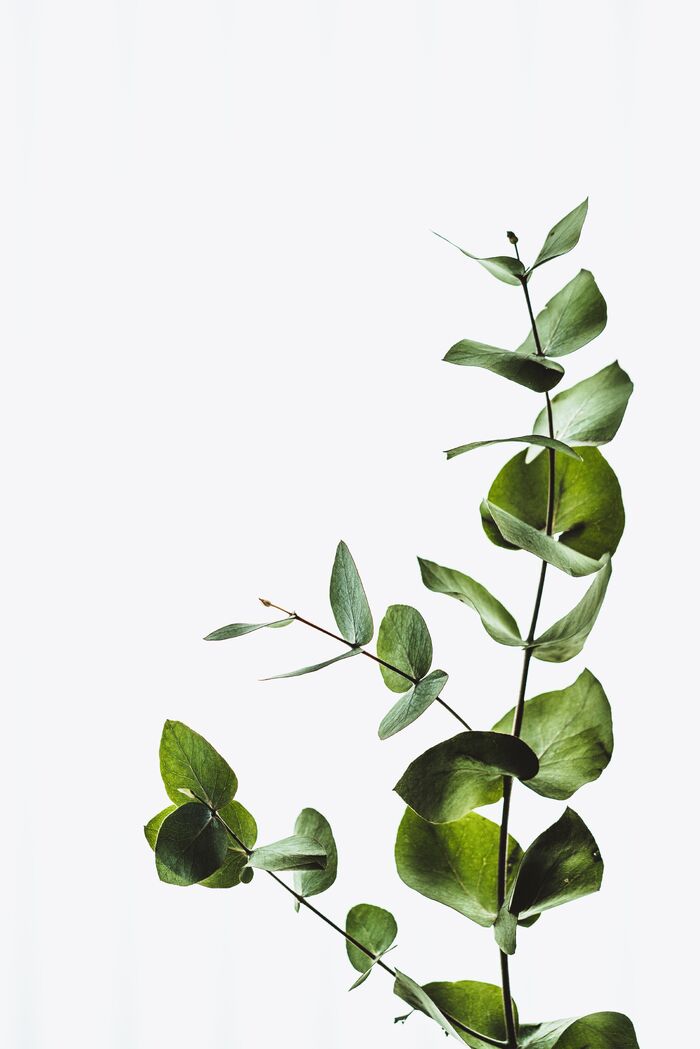 Aventurine was created by Verglas

Please don't steal / edit him or the coding! Thank you! :)

a brownish glass containing sparkling particles of copper or gold. 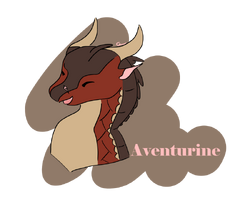 Nice, flowing browns running across back, wings and most of his body, everyone knows him as Aventurine, a luck manipulator in whom resides in Possibility. Usually by the sides of an unusual group of dragons, an EveryWing, a SandWing, a hybrid of some sort and yet another MudWing. They are strange in their ways, but together they make an unlikely team of musicians, hoping to one day travel across the globe. Although most just pass him by as just another MudWing, some see him as an important, inspiring figure. Living proof that MudWings are far from lazy, food-loving beings.

If ever mentioned, reddish hue of russet plates his mainscales, covering his face and quite bulky body.

When it comes to such abilities, Aventurine would confirm to be just like any old MudWing. That is to say, he isn't too different, not in the slightest. Of the most known, the MudWing has the capability of holding his breath for up to an hour and while not very useful for him, it may come in handy for certain situations. However, for the most part, he never really puts much use to that ability.

Spruce: Positive//Neutral! never really got to know his bigwings too well since he died early in aventurine's life. he can't help but miss him though and wishes he could have known more about him before his decease.

Scorpion: Positive! he loves her a lot and hopes that she'll be okay since she took a toll from spruce's unfortunate decease, he hopes best in her future success though. being the older sister, she always was a bit bossy and snobbish, but he loves her anyway.

Parents: Negative. they weren't exactly the nicest, first of all, they were the reason spruce had perished and second of all, they'd sometimes verbally abuse aventurine and his siblings. overall, he hates them, but never really knew much about them from his early dragonethood. just that they were horrid.

Karkar: Very positive! Loves him, being his boyfriend they get along really well, finds him quite grumpy though. but it's all good! Their personalities clash really badly, though, probably not the best pairing but good enough. aventurine always sees towards karkar's softer side and knows that deep down, he's a good dragon just like the rest of them. that is, even if he has slightly pessimistic nature, but the sandwing has always been there just emotional times.

Camin: Very positive! A very good friend in his younger dragonethood, kinda like siblings really, they get along really well too, likes their creative ideas a can-do attitude. camin was always there to comfort him during emotional periods, along with karkar and sivin. and overall, he finds him more and more like a sibling, a very close one too.

Sivin: Positive! likes having the sappy everywing around, sympathizes them due to the discrimination they've faced throughout life, enjoys their kind and supportive words too. they were one of his other dragonethood friends, but always questions why they hang out with an ink demon all the time. he's not quite sure about that.

Telescope: Positive//Neutral! hasn't really met him too much, knows him through sivin, thinks he's pretty cool although not as interested in the stars as he is. telescope is definitely someone he'd like to learn more about in the future since he does live in possibility too.

Vapor: Positive//Neutral! doesn't really like her, too negative for his liking, but accepts her because she's a good friend of camin. finds her pessimistic and a bit of a bad influence on the group. i mean, she's fine to him, but he can't help but wonder about her.

- Is allergic to both bees and pollen, often why he doesn't really like flowers or any type of insect that looks any similar to a bee or wasp
- Inspired off the the gemstone aventurine, hence his name, which stands for optimism and good luck 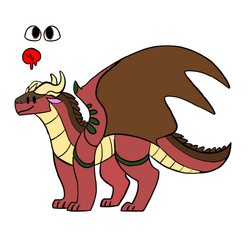 Retrieved from "https://wingsoffirefanon.fandom.com/wiki/Aventurine?oldid=2135087"
Community content is available under CC-BY-SA unless otherwise noted.