This is [1] WildfireTheMudSkyWings character. Please do not steal or I will get the admins. Please do not edit; if their is any typos please let me know

"You have been confronted... by this book!"

-Do not touch his books.

A uncolored and unshaded headshot by WildfireTheMudSkyWing

High Hopes by Panic! at the disco

These Are My Friends by LovelyTheBandMillion Dreams (The Greatest Showman)

To bring peace to all of Pyrrhia

He has no need, being a passifist

*Grew up in the Claw of the Cloud Mountains with his mother, Spring, a RainWing artist who wears pale pink flowers around her neck and head, and his father Iceberg, a IceWing.

*His mother leaves for Possibility or The Scorpion Den quite often to sell her artwork while his father watches him. The other dragonets in the area are afraid of the RainWing hybrid because of his right eye.

*His mother and father promise to sign him up for Jade Mountain on his third birthday.

*Aurora is playing down in the grassy valley below his mountain home with some toys assembled randomly of his own making.

*Suddenly Aurora looks up to hear angry arguing ricocheting around the mountains above him, a little faint but distinct.

*He rushes up the mountains side, realizing his parents are the ones yelling.

* The tiny Ice hybrid hides right outside the doorway, and the arguing is more clear from where he's standing. He peaks around the open cave home doorway, spotting a strange dragon blocking Aurora's veiw of his parents.

*Aurora can see little flashes of what is going on, and he can see the dragon pinning his father against the back wall by the neck. His mother is pleading, although her words are unclear to Aurora, and the dragon ignores her.

*Aurora runs forward, pulling on the dragons tail in a attempt to pull him off his father. The dragon growls in suprise, and then seeing the Aurora, he smacks him over the head, sending the little dragonet over the caves edge onto the rocky mountain side below. His last glimpse of them before he fell over the edge was his mother leaping full force at the dragon, claws flashing darkly, and vines erupting out of the cave back wall behind her to catch her wings and rip her backwards into the cold stone.

*To Aurora it felt like years as he lay on the stones. His wings and back legs felt cold and heavy; He couldn't move them if he wanted to. The yelling had ended, and the dragon who had been in the cave earlier had flown away, a dark silhouette in the early dusk.

*Eventually a RainWing by the name of Hedera finds the young hybrid sprawled on the rocks, and she carries him back to her hut in the forest near the ocean along the border of the Sand Kingdom.

*She takes care of his injuries from the fall, and explains that his mother had been turned into some sort of statue, while his father had been less fortunate. Hedera explained she had tried to save him but it had been far to late as his life slipped away through the fatal wound the dragon had given him.

*Hedera takes Aurora in as her son

*Hedera, as Aurora soon learns, travels constantly 'to make sure no dragon that could pose as a threat could find them easily'. He runs into, or more like she does, a SkyWing named Wildfire, who, as far as he was aware, had someone on her tail. She apologizes, making some strange rapid fire comments that he could only catch in segments that were about random things like 'RainWing/IceWing, we get those often dont we', 'nice weather, yeah think?' and 'good lords dragons really hate dark jokes,' and then dashed off through the tent Aurora was in. 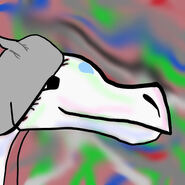 Human Aurora by Sparrow!!! Thank you!!! 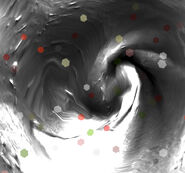 Aurora themed slime by OceanCurse ^^
Add a photo to this gallery
Retrieved from "https://wingsoffirefanon.fandom.com/wiki/Aurora_Borealis?oldid=1908983"
Community content is available under CC-BY-SA unless otherwise noted.