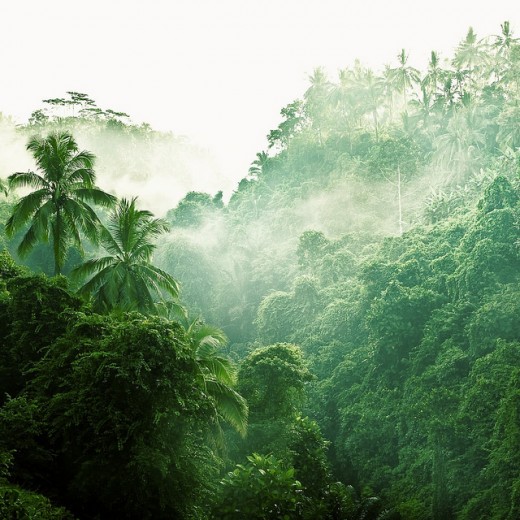 Hey everyone! This is my sona, (Sorry for changing on ya) Atalaya. I've designed her to be as close to me IRL as I can. Most of all these things are...me. I'll keep her updated to my current self in the real world and if anyone has any question about her or me, don't hesitate to ask!

Her family calls her beautiful. She doesn't believe them.

Atalaya has rose red scales which are complemented by her deep green wing membranes and ruff. Golden freckles are splashed across her snout. Her hazel eyes shine gold in the right sunlight and tend to give off a playful and curious vibe.

This rainwing is taller than most females and sculpted from being outside so often. She has been described as threatening-looking but that sounds ridiculous if you know her. All her limbs tend to be long and skinny.

She doesn't have a problem embracing her intimidating side if she's angry at someone.

Tally's voice is on the slightly more masculine and deeper side but still has the same feminine sound. Her singing voice- though rarely used publicly- has a raspier sound.

Though she wouldn't call herself beautiful, she does love her body and self most of the time. Atalaya is proud of it because she has worked so hard to achieve it.

A rose flower crown is also perched on top of her head.

Atalaya has a surprisingly wide array of emotions.

Anger- When she's angry, you'll know. You'll be sorry for whatever you did. Nothing will get under her skin faster than treating her friends poorly. Since she's so comfortable in her own skin, she has no problem making a scene out of something that makes her mad. Laya knows people are scared of her. She'll use that if she has to. Though the intimidation factor can get annoying from time to time, it proves itself useful.

Happy- This emotion occupies most of Atalaya's time. Not much in her life can get her down, mean and harsh words tend to slide off her back. She's a playful dragon and loves to be around her family and friends. As crazy as it sounds, Tally also feels the most beautiful when she's happy. Mostly when her smiles are natural and her laughs are loud and free.

Sad- Sadness isn't too uncommon for her. It's a natural emotion. All other emotions seem to...shut down...when she's sad. It's easy to notice the difference, even if you don't know her that well. Her usual playfully snappish, sarcasm has disappeared and she goes quiet. Atalaya isn't usually quiet. While she can be happy and quiet, it's just not as common as being loud.

Tired- This has just become part of her. She's always staying up late whether she's writing or reading. Atalaya is a natural night owl and actually likes sleeping but somehow when the time rolls around, she always wants to stay up.

Embarrassed- Let's just say embarrassed doesn't fit well on Laya. If someone succeeds in actually embarrassing her, she goes into immediate defense. Her anger will flare slightly out of her control and she'll continue to fight her embarrassment until the negative light is on someone else.

Flirty- As for flirty? OoF. Her personality doesn't seem to be the flirty type but dang, she's pretty good at it. If someone flirts with her, she won't hesitate to return it but don't be surprised if you see a rosy flush creeping up her scales.

Atalaya didn't have a hard life. She has a large, very loving, and supportive family. No dragon could be more satisfied. Her parents are strict about her school grades and don't expect her to disappoint. They only want to see her succeed. The same goes for her brother. Atalaya is honest when she calls him a genius. She's witnessed him fix anything. Same with her father. Her mother always has every single thing in line and in order.

Sometimes though, she feels like she's worthless. She feels stupid.

For years, she's been straining to meet their standards and try to keep everyone impressed. It seems to stress her out- though she doesn't admit it.

Her sexual orientation is something she's been questioning for a while. Her bisexuality is something she's still trying to get used to. With so much riding on her back, she feels like if she comes out to her family about it, her world might crumble. 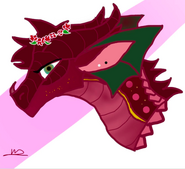 Art done by Shapeshift of the WeirdWings (Looks absolutely beautiful!) 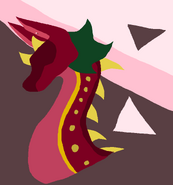 Art by Verglas!
Add a photo to this gallery
Retrieved from "https://wingsoffirefanon.fandom.com/wiki/Atalaya?oldid=1782984"
Community content is available under CC-BY-SA unless otherwise noted.