Feel free to take a look at the code, but ask me before you take anything!

Do not take content or ideas from this page without permission.

Aretes is small by IceWing standards, standing at about 4.1 meters (13.5ft)[1] and weighing about 279.8KG (617 lb)[2]. He doesn't really mind though, and he puts his small stature to good use against opponents.

He wears a simple silver armband on his left front leg which is made out of the same fire-resistant metal that the SkyWings and SeaWings use.

He's exceptional at swimming and has developed strong muscles because of it. As a side effect however, he eats a lot more.

Aretes isn't that different than most IceWings in the sense that he's rather stuck up. Unlike most IceWings [3] he knows when he should stop and get more down to earth.

He enjoys just lying in the snow, watching clouds get born in the sky.

He also enjoys hunting, and excels in stalking prey.

Aretes likes polar bears the best for a source of food, but he doesn't mind eating walrus either

He can't stand humidity in comparison to just plain old heat, so he'd rather live in a desert than a rainforest.

Aretes can't stand those who whine, or complain and he'd rather be on his own than be with them.

History, a.k.a the most WiPy on this page RN.

Arêtes was born into a low noble family, just high enough to be on the Circle rankings wall. 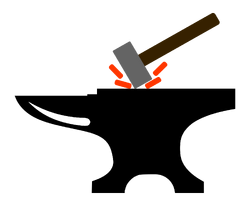 Retrieved from "https://wingsoffirefanon.fandom.com/wiki/Aretes?oldid=2409695"
Community content is available under CC-BY-SA unless otherwise noted.