NOTICE: Effective immediately, April is no longer Kittyluvver's dragonsona. This is because of a fanfiction known as April's Rain that is being written on the testing wiki.

Kitty will be coming up with something else soon. In the meantime, April will be OCified.

WIPWIPWIP (the information below is useless)

She’s a very, very ordinary looking little blue SeaWing, not tall, not short, not fat, not skinny, of perfectly average height and stature. She’s pretty enough to get by, but not enough to get noticed and certainly not enough to ever be called pretty. The most noticeable thing about her is probably how long her fins are - on her head they’re long enough to fall to one side, and for her to tuck behind one ear. Her scales are cerulean blue, a little darker at her spine, while her fins are a much darker shade of teal.

Her eyes are brown, and she also wears a pair of large black-framed glasses - definitely hipster glasses (don’t judge XP). April’s sense of style can best be described as very preppy. She owns a large number of button-down shirts, which she will happily pair with any color of skinny jean or skirt. This time of year you’ll most often see her in some kind of sandal. She might just be the only dragon who will wear a blazer on any regular day. Sometimes other dragons will ask her why she is dressed so “formally” - and she’ll quip back playfully. No one could ever call her a fashionista, but she does like to look her best. However, she rarely wears makeup or does any styling with her horns and fins, as she thinks it’s too much work.

But at home April falls apart. She is a total slob, wearing whatever old t-shirt or sweatpants that come within paw’s reach. When she knows she won’t be going out, she tends to put off showering and doing laundry for as long as hygienically possible. Leave April alone in the house for a few days, and what you’ll find when you come back will be really disgusting. Her living environment will usually deteriorate as well, as April won’t clean her room unless made to do so.

April has Dry Scale, which means that she dries out faster than normal for a SeaWing. It’s not very noticeable, but if she doesn’t keep hydrated properly, she gets cranky and itchy. It used to be very bad when she was a dragonet, and her scales would crack so swimming or getting wet in any way was very painful to her - which was unfortunate, because the only way to solve the problem was to get her wet. It got so bad that she had to be hospitalized. As she’s gotten older her scales have healed completely, but she still has an aversion towards getting wet if she can help it.

There is a wide gap between who April really is and who others think she is. She is, in fact, a bookish introvert who has gotten very good at taking on an outgoing, bubbly, extroverted personality when around others. She’s a strange sort of introvert. She’d rather not talk, but feels the need to fill the silence. Even though she finds social interaction exhausting at times and would rather be on her own, she willingly surrounds herself with people. If April was the same person when she is alone as when she is in public, she would have no friends at all. But she is also nothing if not ambitious, both academically and socially. She craves approval. And that requires friends - which she makes readily, if not quickly or easily.

April rarely puts effort into “getting to know” other dragons, and does not desire more than superficial relationships with others. As a result, she has plenty of normal friends but almost no close friends. She’s easy to get along with and will be as very friendly and helpful as you like, so long as you don’t try to get past the surface. Really “getting to know” April is a long process that no one really bothers to undertake - she will only open up once she is sure she can trust you, and that’s not easy. Otherwise she will simply turn cold and distant to turn you away, if you try to dig deeper without her assent. It’s really no surprise why April has never had a boyfriend. She abhors the idea of opening up to another dragon, and letting them know her flaws. She puts a great deal of effort into appearing as perfect as she can manage, and would much rather keep everyone at paw’s length. She has yet to meet anyone who will accept her for who she is. April is actually quite lonely, and the real paradox lies in that she wants other dragons to love and care for her, but she won't let them.

Although April leaves a lot to be desired as a leader, she's not afraid to take charge if the need or the opportunity arises. She likes being self-sufficient, and being good at whatever she does. She picks new skills up quickly, although sometimes she doesn’t retain information. April doesn’t mind being helpful and listening to other dragon’s problems, and she doesn’t mind seeking out help for projects and stuff she is working on. But she will almost never tell anyone about her own emotional issues - and she has plenty of them. In fact she will go to some pretty extreme lengths to preserve her image, and will do everything in her power to deal with her problems before going to someone else about it. She can’t think of why other dragons would care about her problems, and she’d feel ashamed if she ever received pity or charity. She’d would much rather suffer in silence than admit that she’s not anywhere near as perfect as she’d like you to believe. If she ever does confide in you, you’ll know two things: 1) that she really, truly trusts you, and 2) things have gotten pretty bad for her.

April is a sarcastic fiend, and if an opportunity to crack a one-liner arises rest assured that she will not let it go idly by. She loves a good laugh more than anything, and she has also discovered that making others laugh is a good way to get that self-affirmation she needs. Sometimes her sense of humor might come across as a little mean, but she never means it in a bad way. Sometimes she’s not so funny, either - but she tries to be. And you’ll know that April is mad if she stops trying to be funny and becomes cool and overly polite with you, as if you were a stranger. She’s not the type to fly into a fit of rage and she absolutely cannot hold a grudge, but she does have a long memory. If you did something to tick her off, she’ll forgive quickly but she won’t ever forget. An easy way to tick her off is to ignore her, or to devalue her work.

She’s your stereotypical good girl, always getting good grades in school, never getting in trouble (not counting the Incident of ’13 and most recently, the Great Sandwich Heist of '14). She has never been in a single fight her entire life, and if she ever were to get in a bad situation she’d be utterly defenseless. April is a very high-achieving dragoness, and extremely competitive as well. However, you might not be able to tell at first glance, because she can play dumb quite convincingly. It’s a defense mechanism; she’d rather hide how hard she works than suffer the strange, pitying looks from other people when they find out.

April is an avid reader, writer, and artist, and one of her favorite things to do is to create her own characters. She has a taste for old classic novels, as well as more modern fare. She is the kind of dragoness who writes up the beginnings to dozens of stories, but never seems to finish them.

April's mother is a professor of oncology at the University of Pyrrhia, so April has lived on campus in Mountia for most of her life. She was born an only egg, and just might have been a little spoiled growing up. However, she was born in a small town on the coast of the Kingdom of the Sea, much like a normal SeaWing. At a young age April's parents split up. April and her mother moved to the IceWing kingdom, to one of the University's satellite campuses. April developed her affinity for wearing clothes there, because it was impossible for a SeaWing to survive in the Kingdom of Ice without bundling up. A few years ago April moved again when her mother received a promotion to teach at UoP's main campus in Mountia. She has lived there ever since.

Most recently, April was elected student body president for her class (but hold on, she was also the only one to run).

Karai: April thinks that Karai is all-around awesome. She absolutely adores Karai's art, and is envious of Karai's swimming ability (April quit the swim team quite a few years back because of her Dry Scale problem). April also thinks that Isurus is currently missing out big time.

Awe: Every time Awe unveils a new art piece, April falls over backwards and stares for a while in, well, awe. She cannot believe how amazing Awe is at drawing, and would give almost anything to be as good at it as the RainWing is. From what bits and pieces April's heard, she thinks that Awe is a wonderful dragon and incredibly brave to have gone through what she's gone through. Although she wishes that she knew Awe better, she loves how generous Awe is with her artwork.

Ione: The only thing hipster about April is her glasses, and she knows that she cannot possible hold a candle to Ione's hipster perfection. But April attends the same high school program as Ione, and she can really relate to the schoolwork, stress, and sleep-deprivation that comes with. She thinks Ione is very fabulous, and likes to hang out and chat and complain about IB with her. Their lives are incredibly alike sometimes, and April thinks of Ione as her sister from another mister ;)

Helio - bruh you need a sona. I mean it.

I might have missed some people by accident, so if you want your sona to be added, please comment below! 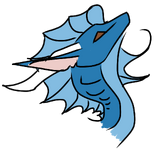 Thanks so much Luster!

Pretty April (how did she do that with her fin? it's a mystery all right)

behold the founder and spiritual leader of ProcrastiNation

more from the awesome Sandy
Add a photo to this gallery

This OC belongs to Kittyluvver, do not use without her permission 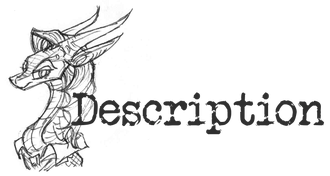 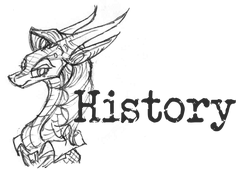 Retrieved from "https://wingsoffirefanon.fandom.com/wiki/April?oldid=1378888"
Community content is available under CC-BY-SA unless otherwise noted.