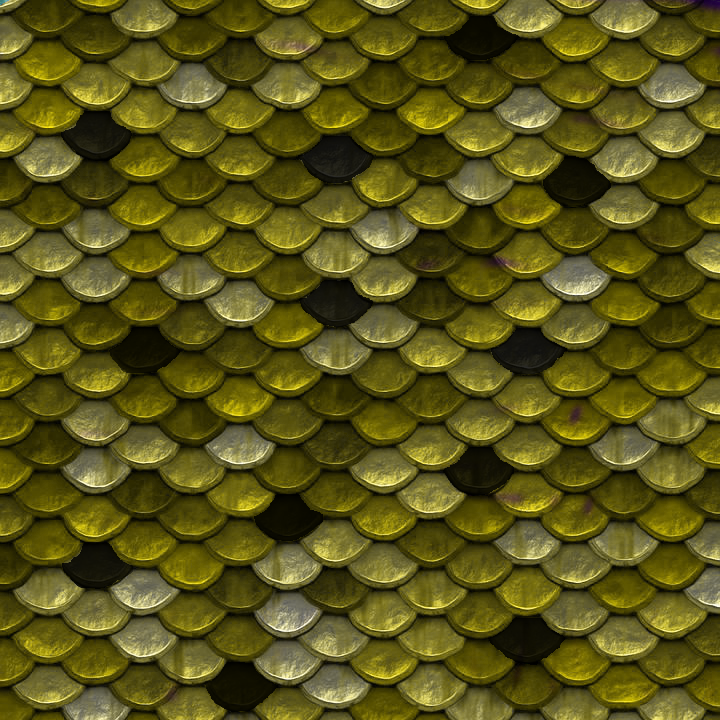 Apoica definitely looks more HiveWing, with his yellow and brown scales, but it's easy enough to tell that he isn't a purebred. If his lack of black scales doesn't give it away, his wings will - unlike any HiveWing, Apoica only has one pair of large, bat-like wings, which is where his SkyWing and NightWing heritage becomes most apparent. The undersides of his wings are red and yellow, like they sky at sunset, and are dotted with silver scales that glint when they catch the light.

Loyal - Apoica was taught from a young age to prioritise the needs of the Hive over his own desired, and he never forgot any of these lessons. He would readily obey almost any order given to him by a higher-up, and would only refuse if he found the order truly repulsive or idiotic - otherwise, he'll assume that his superiors know better and go along with it, despite his personal distaste. Apoica's loyalty also extends to dragons he likes, and he has no problems going to extremes trying to keep them happy - he wouldn't have any qualms about cursing someone who'd been causing trouble for a friend, unless said friend tried to dissuade him. However, if he had to choose between his friends and the Hive, he'd probably side with the Hive.

Petty - although he wouldn't intentionally cause trouble for anyone above him, Apoica does have a cruel streak, and it shows in his treatment of dragons he doesn't like. Apoica's one to hold a grudge, and anything but the most inconsequential of slights will be remembered and used to justify his troublemaking later. He's rather touchy about the things that make him different from purebred HiveWings - he does his best to be a good member of the Hive, so having his differences pointed out upsets him. He especially isn't fond of the wary looks his fire-breathing earns him, and anyone who says anything about it can normally expect something of theirs to be enchanted to spontaneously combust at a later date.

Cunning - if there's a way for one of the dragons Apoica's decided he doesn't like to take the blame instead of him, he'll find it. Although there are some things that he just can't understand (a lot of the opinions that he disagrees with fall under this category), he is a very smart dragon, and can often plan his way out of a situation before it happens. Of course, he could achieve the same results as his scheming with a simple spell, but he sees that as too easy - life would be no fun without challenging himself, so he normally only uses magic for his own purposes if something's impossible to do without it or if he doesn't have the time to think of another way.

Apoica's mother was a Sky/Night hybrid born with the ability to see the future. For a long time, she served in Queen Scarlet's court, advising her and warning her of SkyWings with treacherous intentions. However, in the months leading up to the War of SandWing Succession, she kept seeing vision that she didn't want to - images of gruesome deaths invaded her mind, and she could do nothing to stop them.

She knew that Scarlet wouldn't want her to leave, but after weeks of these visions, she couldn't take it any longer, and snuck out of the Sky Kingdom at night. When she saw similar visions of death and carnage no matter where she went, she felt the urgent need to leave Pyrrhia before destruction stuck - so she turned to the islands off the continent instead.

The next few weeks were spend moving from island to island, never stopping for more than a few days at a time. When she stop on an island for too long, she would see visions of her encountering another dragon, and she feared being brought back to the Sky Kingdom to face whatever she had predicted on top of Scarlet's wrath. She hadn't noticed how far she'd gone until she fell asleep on Pantala's shore and woke with completely unfamiliar dragons staring at her.

She was welcomed by the HiveWings when she explained her origins (although she decided to avoid mention of her powers, not wanting to be forced into the service of a different queen), and was given a home in Wasp Hive. After the stress of the previous months, she was glad for the opportunity to finally settle, and was quickly able to start a new life, even finding a HiveWing partner in the coming months.

When Apoica hatched, although he was supposed to be treated with respect like his mother, his fellow dragonets, not yet old enough to care about that sort of thing, simply realised that he was different and poked fun at him for it. His animus powers were discovered by accident - he told one of them to shut up and they couldn't open their mouth for the rest of the day.

Once his powers were discovered, Apoica was swiftly given lessons about the responsible use of magic, and the message was firmly drilled into his skull by the age of five - his powers should be used for the benefit of the Hive, if he had to use them at all. He does ignore the part about only using magic for the Hive, but he does help whenever it's asked of him.

Apoica is well-respected among his peers, but although his second enchantmend was one his mother made him cast to protect his soul, he still holds grudges against those who give him the same treatment he received as a dragonet.

By Dewdrop
Add a photo to this gallery
Retrieved from "https://wingsoffirefanon.fandom.com/wiki/Apoica?oldid=2132555"
Community content is available under CC-BY-SA unless otherwise noted.