-"THERE IS NO LIMIT TO CREATIVITY"

-will mock anyone and everyone

-wings are half feathered, half dragon (google 'yi qi')

-ruff is entirely made of feathers

Appearance
Anzu's appearance is a very basic word. Fluffy. This RainWing has a strange condition that has enabled him to grow feathers of different types all over his body. It is unknown really how he has obtained this genetic mutation... But he doesn't really care and infact likes being a little bit of an outlier in appearance.

Due to the fact that his second and third layer of scales is covered in bird floof he is unable to change the color of his appearance in any way. He doesn't have to worry about looking bland though. The dominant color of his body is a pure green color. Anzu's face is this exact color and is a lot more dragon like in appearance than the rest of his body. His temples are a striking red color with a bill on the end of it the color of a sunset. His eyes are a fern like color that usually have a modest look to them. A frill like array of grey feathers that end with white tips lines the sides of his head and chin. His horns bend inward and have light red tainting the ends of them. Anzu's underbelly has a lovely array of warm colors that gradient to a dark red at the middle. He has no front limbs and He usually walks bipedal because he doesn't want to walk like a wyvern, and don't worry his prehensile tail can do most of the arm stuff for him. His wings are very strange. The upper wing has large blue flight feathers growing up and around his wing. The lower half of his wings are a soft citrus color and have the basic leathery shape of a dragons wings. He has what you would call half-wings.

He doesn't really like wearing jewelry and such but he thinks it can look pretty... But it clashes with his soft and natural colored body. He prefers wearing plant based overwear. Like flower crowns and grass bracelets.

Personality
Anzu is a very lively dragon. He enjoys taking all his time on the world and spending it to the maximum amount. He is very fast and likes jumping from one thing, idea, or plan to the next. This can make him seem quite impatient but he really isn't. When he was a soldier he had a very close run in with near death. This made him realise how afraid of dying he actually was. He was afraid to lose this world, his home, the dragons he loved and cherished. He doesn't know what really persists after death but he decided that he never wanted to forget being alive. He has patience in him, his erratic behavior is only driven by fear. He can be stubborn as this is a very dominant trait of his, but he isn't beyond reason. He enjoys the sound of bustle and such (It reminds him of the sounds of life) but he can also relinquish the sound of natural ambiances. He is very ambitious and tends to set goals for himself that are either to high or they have to little time to achieve them. He loves nature and wild-life in general But he can sometimes become lonely as traveling doesn't always guarantee the prospect of meeting others(and talking to the deers and birds doesn't really cause any conversation to rouse up). He can act really gabby sometimes and enjoys a good chat. Strange thing about being a soldier is that after abandoning the career after flirting with death Anzu became very Frivolous. Almost as if the years of no fun, work and discipline once gone, Anzu's fun side erupted into his thoughts and mind. This makes him like to poke fun at things... Including himself.

Currently trying to find and plan a way to smuggle himself into the IceWing kingdom at his little hut tree house on the border between the RainWing Kingdom and Jade Mountain.

He needs friends and he has traveled all around the North-east and south-west of the continent. So... Maybe ask in comments.


Lobivia:
Anzu met this Hybrid When he visited the SandWing kingdom and probably has a couple of paintings of his circus. Anzu finds Lobivia a very strange and fun loving charismatic guy. He also thinks that Lobivia would be quite a unreliable ally in battle but in about literally any other situation Lobivia is one of the dragons that he'd want to be by his side. This is because he thinks of Lobivia as a charmer, a Friend, and a jokester that could make their adventures fun and happy. Anzu is also thoroughly enthralled by the dragons creativity and original ideas.

A drawing I did of him once 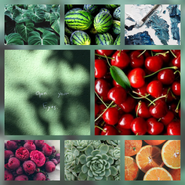 Anzu by Nibby the Bird

An very well done drawing of Anzu By SpellBound!! TY!

Anzu By SkyFireStone on FR!! TY!!

By Dewdrop!! Before He was Adopted. 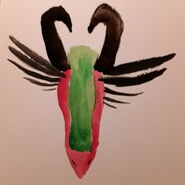 By Totally not Darkstalker!! TY!!

What I imagine Human Anzu would sort of look like. Made on Picrew 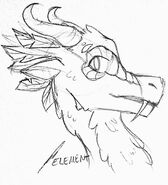 By Element!! TY!
Add a photo to this gallery
Retrieved from "https://wingsoffirefanon.fandom.com/wiki/Anzu?oldid=1964501"
Community content is available under CC-BY-SA unless otherwise noted.