(I shouldn't be making more characters, but I entered a contest so...)

Antelope is owned by Wolfy, talons off!!! He is one of my more major OCs, so please do not edit this page without my permission, even for categories!!!Coding by AvalonCat, re-coloring by me.

With his long, skinny frame and large head, you would assume that Antelope is rather off-balanced most of the time, especially when you consider his short tail, small wings, and tiny talons. But shockingly, he is very graceful in his movements, and his small, light frame allows him to maneuver over obstacles with ease. He has the basic body-type of a SandWing, though his scales resemble a MudWings more.

A light, dusty-looking tan-brown color covers his main scales, which are thin and jagged, wile his underscales are a smooth creamy white. He has a dark red-brown streak separating his underscales and main scales, and his eyes are dark grey-green. He also has dark brown overscales. His wings are the same color as his scales, and they are incredibly small and flexible, and he is able to fold them against his body with ease. His half-length tail fades to a black tip, with a small useless barb on the end. His horns are black, or in some lighting grey, and twist upwards and out, looking gnarled and curved.

Antelopes cold, distasteful expressions seem to give the impression that he thinks himself above you, and that was what he was going for. The only problem is...he doesn't think himself above others. He actually enjoys hanging out with other dragons, and just chatting in general. But he can't. His mother, Stoat, keeps close to her side and chases away anyone who tries to talk to Antelope. Stoat does this out of fear that Antelope will be bullied, because of his strange appearance and behaviors, so she teaches him that he doesn't need other dragons,that he only needs himself. He doesn't fully believe that though, and often finds himself wondering if his father would agree.

Antelope has never met his father, nor his half-sister Dust, though he would someday like to. The only social interactions he gets are from his siblings, Tawny and Russel. While Russel mostly just ignores him, he does occasionally chat or even play a game or two with Antelope. Tawny is another story. She absolutely adores her little half-brother, and rarely separates from him. When he feels lonely, she will come to his aid by starting a game of chase or just by talking with him. Antelope truly loves his half-sister.

Antelope lived most of his life in the Mud kingdom, with his mother and two half-sibs. He only left once, to go with Stoat to possibility so she could visit a NightWing about something Antelope wasn't aloud to know. But the visit was short, and Antelope didn't get to do much except sit with Tawny and Russel outside as the adults talked. When they got home, Stoat ushered her dragonets to bed without dinner. She seamed stressed about something, but when Antelope asked what it was, she only snapped at him that it was none of his business. Hurt, Antelope went to sleep.

When Antelope woke up the next morning, Tawny and Russel where already up and whispering in the corner. He quietly tiptoed over to them, but just then Stoat poked her head in the room.

"Come out." She hissed urgently. Confused, Antelope followed his sibs out of the hut. The strange NightWing from the previous day was waiting outside, a smug look on his face.

"Tawny." He said in a smooth, cooing voice. Tawny bravely held his gaze, as the stranger went on. "So nice to finally meet you. I'm sure you've heard all about me from your mother."

When Stoat shuffled her feet nervously, and Tawny only stared at him blankly, he growled slightly.

"Well, then I guess this complicates things." He slowly walked closer to Tawny, until he was only a scavenger-length away. Antelope cowered back, but Russel glowered at the NightWing and flexed his talons threateningly. The NightWing didn't acknowledge the others, as he sat down in front of Tawny.

"Tawny, do you know who your father is? Well I do." He continued when she didn't answer. "Me." He snarled slightly. Tawny jumped back, the spines on the back of her neck bristling.

The NightWing cut her off. "Shh. I know, this must be hard for you to understand. You're still young. But you need to come with me." He reached for Tawny's arm, but before he could grab it Russel flung himself at him, roaring in outrage. Fire blasted from his mouth, hitting the NightWing square in the chest. He stumbled back, coughing. Angry, he towered over Russel, flames gathering in his snout.

"Ruincracker, no!"Stout leaped at the NightWing, tackling him. "Don't. Hurt. Them!" She roared. Ruincrack pushed her off with a grunt and rose to his feet.

"You should control your dragonets better." He growled menacingly. She glared right back.

"And you should leave." She stepped protectively in front of Tawny. "You will not take my dragonet from me."

"And who's going to stop me?" Ruincracker asked. Antelope backed away.

I have to get help! He ran to the nearest hut, pounding on the door. A confused dragon poked his head out. '"What?"

Antelope pointed back towards his family. "Please,sir, we need your help!"

The MudWing grunted and stepped out of his hut. He did a double-take as he saw what Antelope was pointing at, and ran back to his hut.

"Wait!" Antelope cried. But moments later the dragon returned with the rest of his group.

"Come on!" He roared. They launched themselves into the air and fired themselves at Ruincracker. He held Tawny's wing,using her as a shield from Russel and Stoats attacks. The MudWings and Antelope tackled him, wrestling him to the ground. Stoat briskly stalked up to him. As he lay there, panting for breath, she rested her talon on his throat.

"Leave now." She hissed lowly. "Or I will kill you." He gasped as Stoat pressed her talon harder.

"Alright." He choked out. Stoat backed away.

"You lot." She said turning to the MudWings who had come to help. "Thank you. Thank you so much."

The MudWings nodded and let Ruincracker go. He glowered at them, before flying away spitting out threats and insults. Stoat sighed."Never mind him.I'm just glad Tawny is safe."

Tawny nodded mutely. After a second, she choked out, "Is he really my dad?" Stoat nodded sadly. "Yes." Tawny stared at the ground. "I'm...sorry for not telling you" Stoat croaked out. Tawny walked over to Stoat, crouching between her and Antelope. "Thank you for saving me." She whispered.

Antelopes family never talks about Ruincracker, especially not Tawny. Other than that, Antelopes backstory, was pretty uneventful. 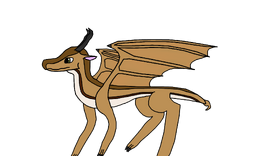 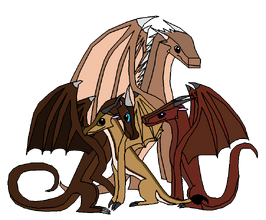 Antelope's Family, by Me!! 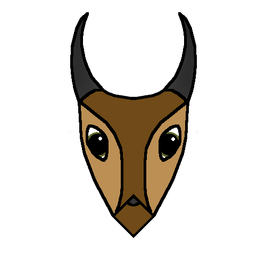 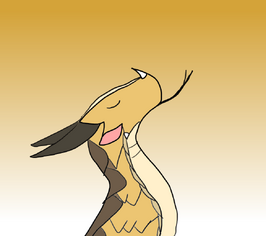 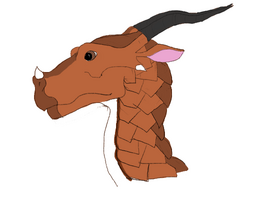 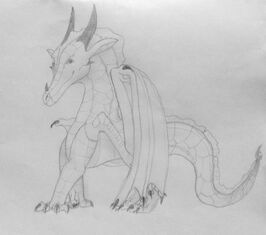 Ask in the comments and I will add your OC!

Tawny is a female Mud/Night/Ice, who has bright blue eyes and almost black wings. Her scales are dark brown, and her underscales are lighter, and she has white speckles on her snout and around her eyes.

Her personality is very bubbly and playful, as well as kind and sympathetic.

Antelope is deeply attached to Tawny, and the two get along incredibly well.

Stoat is very pessimistic and suspicious, with a very controlling personality.

Antelope loves his mother, but often wishes she would let him and his sibs have a bit more freedom.

Russel is a medium red-brown Male MudWing, with a few IceWing features, such as dark blue eyes and a whip-thin tail. He is big and bulky, with a broad chest and shoulders.

Russel is rather quiet and introverted, as well as slightly grumpy. He has a bit of a short temper, and snaps at Stoat and his sibs often.

Antelope doesn't like Russel much, and the two mostly just ignore eachother.

Grind is a dusty-grey SandWing, who has a few dark grey markings on his tail and snout.

He is loud and slightly obnoxious, and loves competing over pretty much anything.

Antelope has never met his father, but would like to. (Spoiler alert: they might in an upcoming fan-fic)