Created by Stardust... goes by Vium

I've figured it out, Adelie. Heroism isn't just being immortalized in the history scrolls. It's not limited to defeating evil villains or bringing justice to a world in chaos. It's not doing something extraordinary just to be remembered.

Heroism is being there for others when they need it most.

In a way, we are all heroes.

To leave a mark on the world, to be remembered

On the run from authorities, trying to survive

Infobox code by:
Forge the Hybrid

Being tied down, tribism, working

For the last time, yes, I am the bigwings! Well, kind of.

Most bigwings are strong, tall, muscled. They are obviously the leader of their siblings, exuding a commanding and confident aura. It's clear that they'll defend their loved ones to the end, fighting like lions for the rest of eternity.

He's rather small, with a frail build and bones that jut out of his sides. Vium possesses practically no muscles, instead looking delicate and weak, and it's true - he can barely lift half of his weight. His skinny appearance is completed by a smirk-ish smile that he wears almost all of the time.

Hazel mainscales plate most of his body, with amber undertones running through them, tinged with umber speckles that catch the light. His underscales are pale coffee brown, and his overscales are deep, slightly duller brown. His scales fade into slightly lighter shades near the ends of his limbs, giving him a washed-out look.

Vium's horns and spikes are a dull shade of brown-gray, sort of like sludge mixed with dirt. Not the most appealing color. His wing membranes are a slightly more vibrant color of tan-ish brown, and when he spreads them in the light, they glow slightly golden, like flecks of ore embedded in his skin.

His eyes are bright hazel, often dancing with slyness or amusement. They are slightly too big for his head, making him look slightly emaciated and odd, but not too off. Healed-over scars slash all four of his legs, and a longer scratch runs over his right side from his shoulder to his back legs.

Vium was gifted with a smooth, charming voice, surprisingly suave for such a delicate-looking dragon. He has extremely good reflexes, able to catch a knife hurtling towards him, and is rather coordinated. Often found gesturing animatedly with his talons while talking, he's always fidgeting and in motion. He never sits still.

A cloth satchel is forever slung around his neck, and he seems to store the most random objects in there - a piece of a crowbar, a few tiddlywinks, even some random pebbles that he calls his 'lucky charms.' He won't let anyone go through it, or even look at it, and has had some unfortunate incidents of getting too defensive over it.

Just because I'm a MudWing doesn't mean I'm stupid. You can't judge us all by the same thing, you know.

- loves hanging out with friends

- rather smooth and charming

- has a good sense of humor

- enjoys being in the spotlight and the center of attention

- super great at acting and always gets really into character

- self-preservation instinct is a little too strong

- can be bossy at times

- secretly insecure and struggles with identity

- doesn't have a lot of self-esteem

- pretty clever and street-smart, but not scroll-smart

- struggles with dyslexia, and so doesn't read a lot

- has a tendency to lie to make himself look good

- these lies can spiral out of control, and he can't stop doing it

- kind of blunt and insensitive from time to time

- super super loyal to his friends and family

- seems like he almost never gets irritated, but he actually hides it

- hides a lot of his feelings, in fact, to keep up the suave and charming facade

- uses humor to hide his insecurities

- sometimes too mischievous, which gets him into trouble

- has a very wry, ironic sense of humor

- tries to force himself to be different

- wants to stand out

- tl;dr, charming and funny, but often tries to force himself to becoming a different dragon to hide who he is on the inside

It seems I'm a little lost. Mind directing me back to the Scorpion Den, kind... uh, IceWing?

- hatched to Tawny and Piper, but per MudWing culture, left their eggs to grow up alone

- Vium hatched first as the bigwings, but was too weak to help the others

- lay on the ground feebly as Cedar, the second-hatched, helped Rosewood break out of her shell

- grew up on the streets of the Mud Kingdom, in a city called Silt bordering the west edge of the kingdom

- Vium found out he had a lung disease that made them hypersensitive, meaning he started coughing uncontrollably whenever the air was even remotely unhealthy

- however, also discovered that his egg had been blood-red, meaning he was fireproof

- Vium was empowered and disabled at the same time

- he and Cedar helped take care of Rose

- the sibs were poor, but their jobs helped them earn just enough to get by

- then Silt started losing money, and both Rose and Vium were let go from their jobs

- at night, Vium joined a gang that stole money and valuables from adults for profit

- began lying about why he only came at night, instead of hanging around 24/7 (he needed to take care of his siblings)

- also began lying to make himself look wealthy, like the rest of the gang

- one night, while Vium was away with the gang, the building Cedar and Rose were sleeping in collapsed, killing them

- only a few days later, the gang found out about his lies, and they kicked him out

- Vium moved to the even poorer side of Silt, turning to stolen alcohol as a (temporary) solution to his poverty and grief

- this made his physical health even worse

- one night, in a drunken daze, Vium stumbled out of the Mud Kingdom and into the bordering mountain range

- realizing that this could be a new opportunity, he resolved to make a living in the Scorpion Den

- he moved there, and finally found a steady job as a merchant selling (totally not stolen) wares

- rose in the ranks of shopkeepers, and was employed by the biggest chain in the Scorpion Den

- a few years later, the chain (called Mire Merchants) sent him to the Ice Kingdom to go pick up wares

- Vium got horribly lost while flying there, caught in a terrible winter storm

- crashed in central Ice Kingdom, far from the west end where he was supposed to be

- she hid Vium in a cave, and returned to it every day with food and drink while he recuperated

- over time, the two began identifying with each other, and fell in love

- once he became well again, Adelie brought him to the palace and declared that they were in love

- the couple was frowned upon and received a stigma ("how dare a noble IceWing associate with such a lowly MudWing?")

- Adelie was torn: she really did love her tribe, but she loved Vium just as much

- those were the happiest months of Vium's life

- one night, a fire swept through the foothills, reaching Adelie's and Vium's hut while they slept

- Vium made it outside before realizing Adelie wasn't with him

- he went back into the hut to bring Adelie outside - his fireproof scales protected him, but his weak lungs failed him from all the smoke and ash

- he died as he lived: serving his loved ones, no matter the cost

I love you, Cedar. I love you, Rosewood. I'll see you both on the other side.

- did fight occasionally, but always made up quickly

- always tried to protect each other

- cared very much for Rose

- maybe even a little overprotective from time to time

- the beating heart of their "family"

- felt as if Rose's death was his fault

- hated the gangmembers, but stayed in it to protect his siblings

- the feeling was mutual

- they disliked his lies, and so kicked him out

- at first suspicious of each other, but grew trusting over time

- they fell in love

- so much in love, in fact, that they both gave up everything they had to be with each other

Yes, very funny, I'm shorter than a scavenger. Why don't you all stop gloating and move on with life? 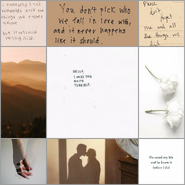 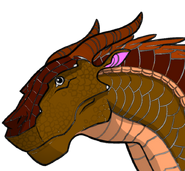 Vium in an AU by Pokeball
Add a photo to this gallery
.

Use this reference when drawing Alluvium, please! It's a Jadabase colored by me! 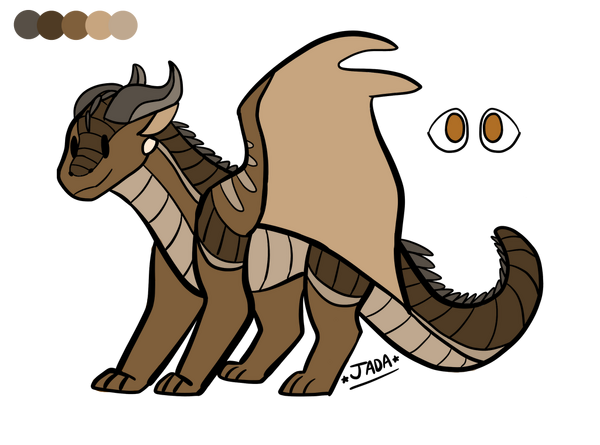 Modifications made by Stardust

Retrieved from "https://wingsoffirefanon.fandom.com/wiki/Alluvium?oldid=1974656"
Community content is available under CC-BY-SA unless otherwise noted.