Start a Wiki
Out where the lava glows, that is where I would go. 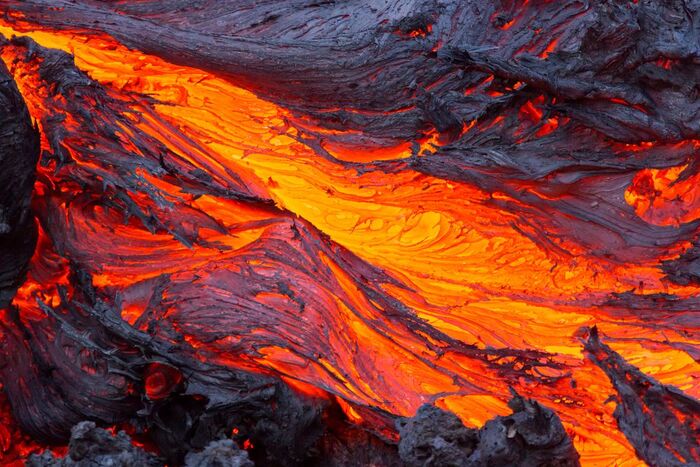 This Oc belongs to Gran, and this is her entry for the Forgotten Character contest.

Please do not edit or steal for rps and fanfics without permission.

Viewing over the veins and flow of lava is a dragonet, the only dragonet able to be taken out with the rest. "Do you see the fortress?" The elder sitting beside him asked. "I do."

"Just think. You'll one day create this all."

The stunted and grouchy looking dragonet standing before you is Allcreator. You heard about how bad it got in the volcano. But you'd never image this tiny dragonet glareing at you through the piercing rain would be even here, alive and well.

He's sickly and small with his nostrils being tore up, red and bloody. He must've had many nose bleeds with those marks. Many NightWings have difference to their scale colors when exposed to sunlight, but he, he has completely pitch black scales and nearly black brown eyes and his horns are darker than the darkest storms you have ever seen in your rain forest life. But what truely did make you ask what happened on the island is the scar sitting on his right forearm. Large and gagged, literally a chunk of his body was ripped out of him.

What really did happen to this glareing dragonet?

Within the darkest and coolest cavern, an egg the color of the rocks around it hatch. Poor thing, thought it's father when it came out. The dragonet could never know the experience of having a mother, but than again, it didn't need a father or a good experience of a dragonethood. Fenrisbringer already had bragging rights over sevral of the council members who shoved him out. Maybe he could finnaly get back at Morrowseer after lossing his final egg. The future of this dragonet was built around the ego of this commander. With this little dragonet, he could create all.

He couldn't say that he had a normal dragonethood, because his father always took him away from the classes. He was taken away by his father to learn how to create and operate weapons. This skill of blackmanship and weapon wielding had made him exposed to the toxians of lava, leaving a heavy effect on the appearance and function of Allcreator. How he lost a chunk of flesh in his arm was casused by a termor of the mountain, landing him on his dagger digging up the flesh. His life was painful on the island along with every other NightWing.

But that was before the final tremor, when the mountain blew its core and covered the island. Allcreator ran away from his father in the center of the cavern when the extreme vibration first hit. Like a few other NightWings, Fenrisbringer has perished in the lava and ash. Allcreator was left alone in the crowd of huddled in the raining rain forest to be judged by the newer RainWing queen.

The months of the eventual event of the Volcano, Allcreator remained with the rest of the tribe down in the mud hole of a village. He sleeps freezing in the moisture that erodes his very soul. The future of this unfortunate dragonet is unclear.

It's also unclear if this dragonet would survive.

Allcreator couldn't live without his father. But at what cost? He did try teaching is son useful things to contribute to the tribe, but he mostly spent his time parading him around. Presenting him as a living child to brag upon those who were never able to conceive. At the end of it, he'll always wonder what his life would've been like if Mom were to be alive.

By Joy Ang, and entry for the contest.

Reference headshot.
Add a photo to this gallery

Retrieved from "https://wingsoffirefanon.fandom.com/wiki/Allcreator?oldid=1985231"
Community content is available under CC-BY-SA unless otherwise noted.