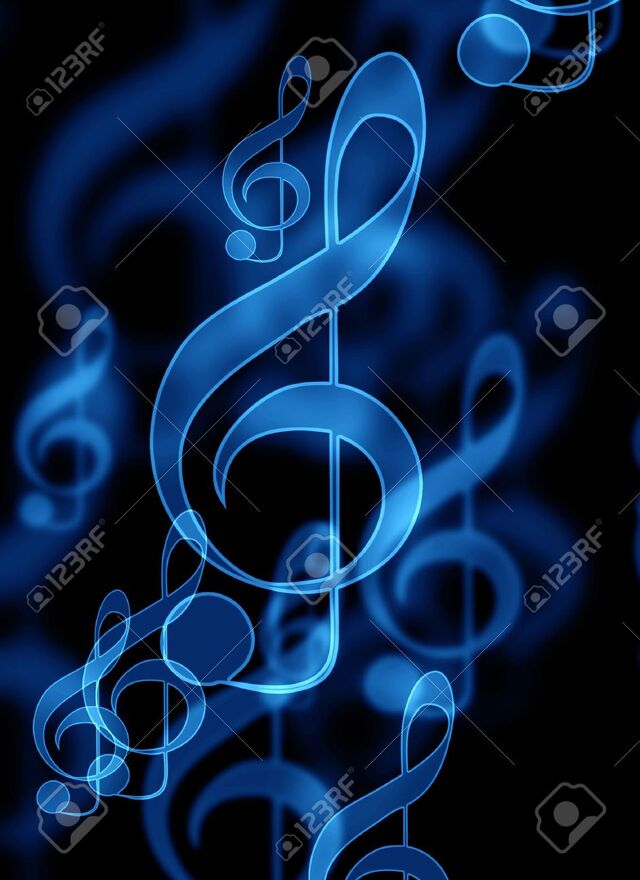 While Algae has a stocky build, he still can be described as tall. He has an IceWing head and horns, along with a spiked tail. He has the aquatic markings of a SeaWing and gills and aquatic markings as well. On his back his scales merge to make more of a fin, and he has large spikes on his wings.

Algae is mostly a sea-green color with the exception of blueish scales on his legs, darker green spikes and a pale stomach. The undersides of his wings are the same color as his stomach, and his claws sport the same dark green as his horns.

Algae wears a water proof pouch around his neck that carries a pencil and a pad of paper. He normally brings along some unfinished songs or uses it to collect seashells at Stonewell’s shore. Algae also wears two wristbands on his front legs that are made out of silver.

Algae normally rests at a relaxed position. Tail flicking leisurely, wings hanging neatly but contently. His usual expression is a soft grin, matching his patient and caring eyes. He likes to sit with his wings tucked to his side, and likes lounging by the shore, letting the waves lap over him.

Algae is a very calm dragon with a quick smile and soft laugh. He tries to see the good in every situation, and is a wonderful listener. He has a drive and a passion for music- producing song lyrics, singing and playing instruments. He owns a drum set, flute and viola, and can play all of them with acute mastery.

Algae is peaceful, protesting against hate and violence. He also can be stubborn, though, but in more of a polite and persistent way. Algae cares a lot about his work, and about the dragons who appreciate the arts. He is generous, would give the food off his plate to those less fortunate than himself.

Algae is also very sweet, and can make anyone laugh, even when they are feeling down. He knows what to do to cheer someone up, because he is very observant and good at reading other dragons.

Of course, no one is perfect. Algae can be overly passive, accidentally letting others take advantage of him. While against violence, he would protect those he loves if it ever came down to it.

Algae can also be a bit extreme with his passion, forgetting to eat when in the middle of writing a song, or losing track of time. He also is a bit nervous on how others would respond to his work.

Nontheless, Algae is able to cope with his nervousness, because whenever he begins to play an instrument, or sing a song, he is lost in the melodies and the only thing that becomes important is the music itself.

Algae has the privilege to be born to a wealthy family. His mother’s name is Seagrass and his father’s name is Blizzard. They met each other in Stonewell and settled, Seaglass making a living off of diving for pearls and selling them, and Blizzard manufactures weapons and armor. Algae was raised by a loving family, and was able to attend the local school.

He found out about his love of music at the age of five, when he attended his first music class in school. They were learning about rhythm and pitch, mostly the basics. Algae fell in love with melodies and songs- instruments and the creation of music. Throughout his years in the elemen school, he took as many music classes as possible.

He accumulated three instruments over the coarse of Elementary. His favorite, the drums, a flute and the viola. He is mostly self taught, but his parents allowed him to go for private lessons for a year. After practicing and practicing music, he decided to put his voice to the test. Now, he is not the best singer, but his voice does have a sweet rumble to it. He mostly sticks with instruments, but he does enjoy singing.

After completing Elementary school and moving up In the grades, he would go to local restaurants and be paid to play an instrument for classical entertainment. He had enough money to sustain himself, but he wanted to find a more stable career. His biggest dream is being a music producer for a hit singer, and maybe having them rise to fame. Heck, who knows? Maybe Algae could play his drums in the background.

Thats when Algae heard the rumors. Apparently, sometimes at night an angelic voice could be heard singing at the shore, near the abandoned light house. They called the singer The Siren, but no one knew who they were. Algae was dying to hear the voice, hoping it was as good as the rumors said. Three nights he walked to the shore, listening for a song. On the third night, he heard the voice. Beautiful, powerful and real. Algae was amazed. He knew right then and there he had to meet them.

He walked down quietly to the source. As soon as he got within five yards the voice quieted. Algae called out a nervous “hello?” And looked around the rock he stood behind. Behind the rock was aSea/Sans hybrid, who looked flustered and a bit panicked. Algae asked if it was her singing, and she answered, a little defensively, yes.

Algae went on to tell her how amazing her voice was, and if she wold like to sing some of the songs he had produced. Obvi embarrassed now, she told him she never learned how to read. Algae instantly offered to teach her, and she agreed but still was a little weary.

They began to meet in the lighthouse, Algae teaching her how to read. It turned out her name was Trench, she was part of a dragonet Gang. He got that information a little later on. Trench explained how the gang was like family, but none of them knew she liked to sing.He understood why she didn’t tell them, but Algae was also confident that Trench could be famous, and he offered to help.

For months, after Trench got the basics down for reading, Algae would play the drums, flute or viola to Trench’s singing, and would write music with her. Gradually, they became amazing friends- no longer was Algae mainly interested in producing for a potential celebrity, but more interested in being with Trench. Soon enough, Algae started to fall for her, and was to scared to tell her that. He has not told her still, and they are both still busy working on songs and confidence.

Seagrass(Mother)- Seagrass loves her son and his drive, but feels exasperated by him sometimes. Algae appreciates the love but wishes she was more supportive. He has not told her about Trench yet, because Algae knows she will disapprove of them working together, since she believes Algae won’t be able to succeed in his dream, and she also hates any gangs, Seagrass would probably throw a fit.

Blizzard(Father)- Blizzard wanted his son to be a solider, and was very disappointed when Algae told him about his music dream. Blizzard sort of stopped talking to his son, and paid way to much attention to his work, disregarding his family. Algae does not speak to his father anymore, and is quite upset by how his father reacted.

Trench(Singer)- Where to start? From the moment Algae met Trench he knew she was special. From her gorgeous voice to her sweet laugh. Her fiery spirit but also how modest and nervous she could get. At first Algae was mostly thinking about his career, but now he just wants to be near her, that’s enough to make him smile. He is making music and coaching Trench mostly for her now- Algae knows how much she likes the Gang, and knows how much money she could make off of singing. If he can help her be a star, she could get enough money to take the Seaside Gang out of poverty. Seeing her smile after that would be enough for Algae.

-“My dream is for the soft melodies in the breeze to be heard.”

-“The voice of an angel is no match for yours, Trench”

-“I can not tell you how much I love music. Every tune, every note- all of it.”

Actual algae (not my image) 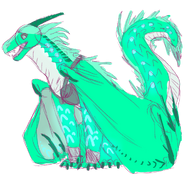 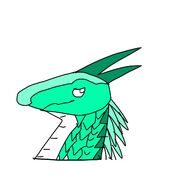 Headshot by The Wolves Heart! 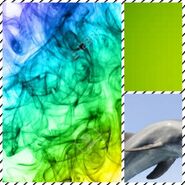 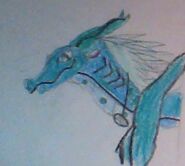 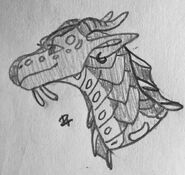 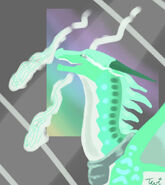 By TwilightWoF
Add a photo to this gallery

Retrieved from "https://wingsoffirefanon.fandom.com/wiki/Algae_the_Hybrid?oldid=1890965"
Community content is available under CC-BY-SA unless otherwise noted.