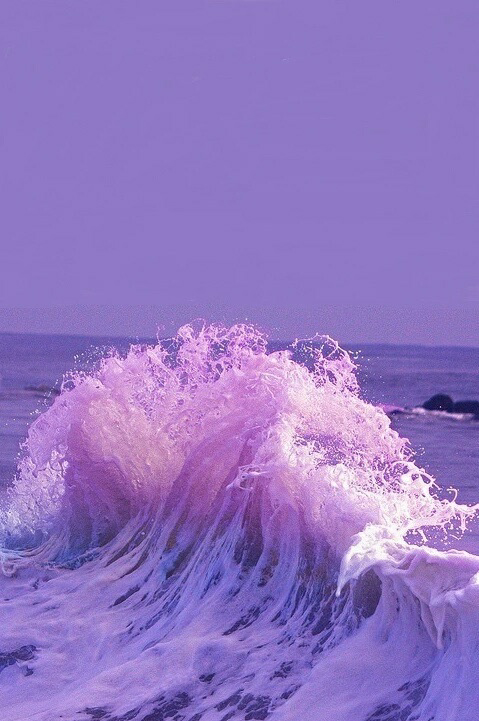 for the best version of the page please have the beauty and the beast font installed on your device!! -pokeball

ANIMAL'S CHILD AND SONA, NO TOUCHY OR ALEX WILL CHASE YOU 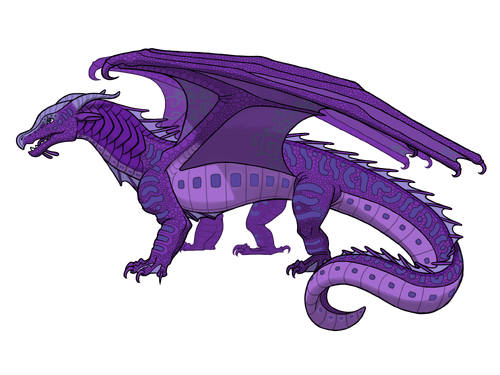 Being strong is important.

Alex is not your normal SeaWing. Instead of blue or green scales, Alex's are purple. She was name Alexandrite because the gem can be purple. Her main scales are your regular purple shade, and her underscales are a light purple. Her lights look the same light purple as her underbelly when not lighted, but are a fainter light purple when they are lit. Her scales are normally shiny, but after a fight, her scales turn dull, but after a good swim, her scales are back. Her expression varies to what she is doing. If it is at math, she is scowling. If it is Recess, she is laughing at the scared dragonets who she is chasing.

She has ocean blue eyes, with a strike of green running through the left eye. If you see a dragonet with strands of broken pearls around Jade Mountain, that's Alexandrite. She wears strands of pearls around her horns, only because her grandmother insists on it, and a pearl necklace that was given to Tsunami by Coral, and Tsunami gave Alexandrite it. She is also muscular, like her mother.

Alexandrite is almost always seen wearing some sort of bracelet or anklet. Usually, she is wearing a silver bracelet with a pearl on it, but she is mos likely wearing more. Maybe a piece of rope on her left arm, some metal wire on top of it, and on her right leg, and blue piece of bandanna, and then a pearl bracelet overlapping it.

I know I'm fierce. I know I am weird. I don't care what others think

Alexandrite has many traits. She is fierce, feisty, and stubborn. Will fight to the death, and has strong opinions. Will never back down. She loves to fight, and always wins. She likes to take on older and bigger dragonets, yet somehow wins. She likes to smart-mouth and is very sarcastic. Rolls her eyes a lot.

She also is very weird. She is clumsy, always bumping into things. She also is smart, in a way, but is very confused when it comes to math or just common sense. She is a leader, and an extrovert. Although, she loves to read. She hates math, and basically all the subjects except hunting, fighting, and zoology.

Alex likes to win, and sometimes is not a very good sport. She likes to yell, and yells at dragons for any annoying reason. She likes to be the best, the strongest, and the fastest. She is full of grit and determination, yet loves to be crafty and is good at baking and loves to sing. She dislikes rude dragons, as she thinks they should shape up. She also dislikes spoiled brats, vegetables, and the idea of "love". She does not care what others think of her, and admits she is weird.

She is clever, too. When she is around teachers, she uses her "Good girl" voice, tricking the teachers into thinking she is a sweet princess, and often gets out of trouble, with her tricks. She can form a plan in a matter of seconds, and most times they work.

My past does not define me. I choose my future'

Alexandrite was born where almost every other female royal SeaWing has. The Royal Hatchery. She lived in the palace for a while, and for most times, Coral took care of her. She loved her family and her family loved her. The day before the Animus Test, Tsunami came to pick Alexandrite up, and take her to JMA. Coral did not approve, but Tsunami did not think her daughter was magic.

Still, Alex has no clue of her powers. She lives with her mother, father, and cousin, Auklet, at JMA. She likes when school is not in session, and enjoys going to the underground lake. When Alex first came to JMA, she was nervous, and wanted to make friends, but she knew she was bad at it. She had a friend, a SkyWing who had a big personality like her.

But, in the end, Alex got in a fight with her, and they became frenemies. they still talk to each other in the hallways, but no deep conversations. Alexandrite was lucky she made friends with her Winglet. Her closest friend in her winglet is Cheetah, and they get along well. When Starteller had a prophecy, Alexandrite knew this was her chance to prove her grandmother that she wasn't just a kid, that she could be a better Queen.

Before she went to JMA, she befriended an NightWing named Eclipse, who lived in Seashell Cove. They were best friends, and Alex would beg to go over to her house. She had a personality like Alex's and the same interests. They were friends for awhile, and had a strong bond. However, Eclipse moved away to the Rainforest Kingdom to be with family. Alexandrite did not take it well. When she walked Eclipse to the front office to be picked up, she was nearly crying.

She still misses her best friend dearly. Over the drama and all that, Alex wishes Eclipse were there. But, they still send letters and communicate.

You can ASK for relationships if we have had a good conversation or we know each other pretty well.

Tsunami- Alex loves her mother, and looks up to her. Postive

Riptide- She loves her father dearly and also looks up to him. He is a good dragon, and keeps up with the latest dragon trends. Positive

Queen Coral- Alexandrite likes her grandmother, but some things annoy her that Coral does, such as cares more for a floor than bleeding soilders. But, she is a good queen, and takes care of her dragons. Positive, Neutral

Auklet- She loves her aunt and thinks Auklet is fun. Positive

Clay- Alex thinks of Clay as a funny and goofy dragon, and fun to hang out with. Positive

Sunny- Alex thinks of Sunny as sweet and kind, and likes her for that. Positive

Starflight- She loves Starflight's love of scrolls, and often talks to him. Positive

Queen Glory- Even though she doesn't visit often, Alex likes how she is sarcastic. Positive

Deepsea- Alex likes the nervous and kind scrollworm. She thinks of him as a close friend. Positive

Moray- drippy and boring. Alex gets a chilly feeling around Moray. Believes Moray wants to kill her. Negative

Weed- thinks of Weed as funny and a good friend. Positive

Cheetah- Alex likes to have the sporty SandWing around. They have a lot in common. Positive

Tailwind- thinks the SkyWing likes her. Is a good bodyguard, though. Positive

Starteller- Alex likes how Starteller is smart, and a good dragon to talk to. Positive

Parakeet- likes the bubbly RainWing, and likes how her injury does not affect her personality Positive

Lemming- sees him as stern and bossy, like her. Neutral

Turtle- likes how her uncle is quiet and kind. Positive

Anemone- likes how her aunt can be sassy sometimes, and thinks she is pretty. Positive

Fin- rarely gets to see him, so she doesn't know much about him. Neutral

Noble- "What in the moons if 'Fire Emblem'?" -Alex (she is not in a modern timeline)

Pic in the old infobox by me!!

by cloud, so cute!

Alex in the reef by me

amazing art of Alex by kiwifluff! 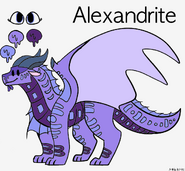 Cute jada of Alex by Akakia is Fire! 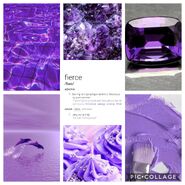 by Star! Thanky, she is so pretty! 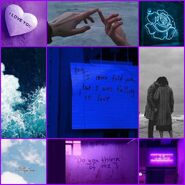 Alexandrite x Deepsea aesthetic by MKdragonet!!! AHHH IT IS BEAUTIFUL!!!
Add a photo to this gallery
Retrieved from "https://wingsoffirefanon.fandom.com/wiki/Alexandrite?oldid=2095876"
Community content is available under CC-BY-SA unless otherwise noted.