Im So Sorry by Imagine Dragons

Around 19; He's pretty secretive about anything to do with his age

The Scorpion Den, at least quite frequently

Being told what to do, Sweet smells, Fish, SeaWings,

'I wouldn’t think about running away from me either, idiot dragonet. I could play that game all day long. When I’m king I’ll track down your idiotic peace movement and burn down every thing you love and know, including the Sky Kingdom. You might be safe for now, but don’t forget about your idiot companion. I can just as easily kill him right now as I can you.'

About time for anyone telling you off for all your deeds

No sign the roaring thunder stopped in cold to read
No time
Get mine and make no excuses waste of precious breath
No time
The sun shines on everyone, everyone love yourself to death

Alastor's main scales are a dark coppery red maroon that glows coldly in firelight, while his over scales are a darker rusty colored maroon. He wears a plain light brown scarf that hangs loosely around the base of his neck.

The SkyWing/NightWing in appearence looks more like his SkyWing father, Merlot, with the more Sky dragon build, although if you look closer you can see dark black NightWing star scatters about his wings and along his neck that are hard to see at first glance, and thus most dragons immediately assume he is a pure SkyWing. Alastor is somewhat smaller in stature, although he holds himself high before other dragons, and walks in a taunting gait. His eyes are cruel and dark, and glitter coldly like a faraway fiery orange star's heart.

His horns are a tenebrous black brown that curl up towards the sky slightly, and unlike most dragons his age, they do not curve as much towards the earth.

He does not wear much accessories besides a simple copper earring in his left ear, surprising, for a dragon in which the allure of riches such as treasure is overpowering. His claws are sharp and black as obsidian, as he sharpens them often on his tail blade or anything else he can find, specifically when he is at most bored or trying to be intimidating.

He takes high pride in a deadly weapon found at the end of his tail, melded deeply into the scales. Its metal is a silver color that shimmers in the light dangerously, thin as paper and sharper then IceWing claws.

"SILENCE! The emperor is dead, and the new "queen" of the SkyWings has just HANDED over a few tribes to some spineless, weak, wierdo! You know what deal we had with Stormcloud!"

-A NightWing describing Alastor in The Empires Rebellion: A New Queen

Alastor has been described by many dragons as a manipulative, arrogant coward who constantly seeks attention where ever he can.

He often speaks quite freely about his opinions without caring about who's feelings he hurts, as long as it gets his way.

He will frequently put his dreams and interests before everyone else, which is mainly the reason their is few dragons who actually like him; and even so, its usually because he promises them something as a deal to help him and then turns around to use it against them randomly whenever he can, specifically anything within the line of becoming a king and taking over Pyrrhia for his own uses.

Alastor easily becomes bored if their is nothing to keep him occupied, and these are the times he will usually become the most violent and impulsive.

He doesnt mind humiliating other dragons to make them seem stupider than him, often because the haughty SkyWing hybrid is worried they might somehow do the exact same thing to him if he doesn't first.

The SkyWing/NightWing hybrid will often talk to himself or inanimate objects as if they were actually real living dragons... although the unfortunate inanimate object generally bores him in the end and he eventually ends up barbarically obliterating the object out of irritation.

He will lie constantly even if it doesn't really get him anything in turn, usually because he just loves flaunting around his ability to fabricate the truth without even the most cunning of dragons detecting his deceivement.

Alastor's charm is certainly a trait that helps him win over his allies; he is capable of acting like a kinder dragon any time he wants, sometimes offering help to poor, hapless dragons on the streets who have nothing else in life, in exchange for a few 'favors' from these homeless dragons, or, for another example, offering to 'help' other dragons in order to get close and watch them closely.

No lies and no deceiving, that is what he loves
I keep tryin' to conceive that death is from above
No time
I get by and make no excuses waste of precious breath
No time
The sun shines on everyone, everyone love yourself to death

Tamarisk- A sandwing who works for him. He finds him to be really annoying/ He's loyal to Alastor at least WIP

Ivy- Finds her to be pathetic and boring WIp

Aurora- Dont mention him to him. EVER WIP

Life isn't always what you think it'd be
Turn your head for one second and the tables turn
And I know, I know that I did you wrong
But will you trust me when I say that I'll
Make it up to you somehow, somehow 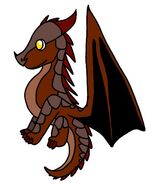 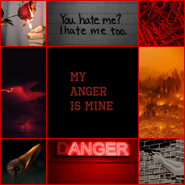 Alastor asthetic by MKDragonet! Aaaa its so good TY! 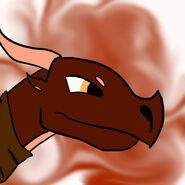 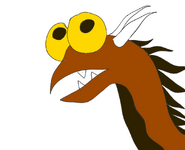 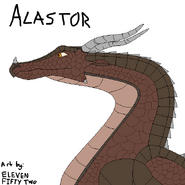 Alastor by Misty; Thank you, he looks boss XD

My arrogant boi by Crimson :3

Flight Rising Alastor by Darkmoon :3 It looks so cool ^^

Rough Headshot by Reverb!
Add a photo to this gallery
So you gotta fire up, you gotta let go


You'll never be loved till you've made your own
You gotta face up, you gotta get yours
You never know the top till you get too low