To make as many dragons happy as he can

Rude Dragons, Being stung by his bees, Bad Jokes

Good at taking care of bees

His claws, teeth, and tail spike

"Hehehe!" Aha, to most things

i promise an Aha ha is a real thing

im figuring out what im doing here, but some notes:

(oh no im gonna have to draw this oh no oh no):

"Gold is a pretty color; therefore, I must be pretty? Heh, at least I think so!"

Aha ha has a very unique pattern. As opposed to being a solid orange, yellow, or red, with other colors mixed in here and there, his scales tend towards more SilkWing feel.

Besides, of course, the fact Aha is a HiveWing and not a SilkWing.

Aha's scales are a gradient of greenish gold close to the top of his neck, to gold about halfway down his tail; after that point it is black. The tip of Aha's snout is yellow, and he has an orange-y gold mask around his eyes. On the top of his head, he has a triangle of black that fades into his eye mask; his horns and spines are also black.

Along his tail Aha has stripes that look like they're dripping ink along behind them. His chest and body are speckled with black scales that fade out into the rest of his scales. The scales on his chest have a slight green tinge.

Aha's legs are orange and his wing are a crystalline honey-yellow.

(in a nutshell: LMAO)

Aha can't take many things seriously. He is very hard working though; caring for his bees (and his friends) is very important to him. Because Aha is very excitable and enjoys making sure that everyone is enjoying themselves, he tends to make quite a buzz. Aha loves going to parties and organizing events for the other laborers in Jewel Hive.

Aha ha was born in _ Hive, but as soon as he was old enough to leave, he went to Jewel Hive. When he was young, some relatives from Jewel Hive came to visit. Aha was enraptured by their colorful scarves, shawls and glittering jewelry. They told him about the parties that the nobles hosted, the beautiful adornments that everyone, from the lowest servants to Lady Jewel herself, wore. How the market seemed to spill outward into the savanna to spread its wares across the land, to garnish the grasses with color. Since then, Aha anted to live in Jewel Hive. He wanted o surround himself in that beauty.

During his time in _ Hive, Aha hung out with a SilkWing dragonet named _. _'s mom was a beekeeper, and when Aha would visit _ in his web-bridge home, Aha would help with the bees. He discovered he liked the simple pleasure of making a bees day by bringing it a flower to pollinate and watching the bees work so hard to make honey. Aha also loved to watch the bees perform their intricate dances to communicate, and marveled at their skill communicating. So when Aha finally moved to Jewel Hive, he set up some bee hive boxes, used his savings to set up a small stall in the market, and began to care for his bees.

Before Aha ha had set up his shop, all the honey that Jewel Hive had had been imported from other hives; having the local honey stand was convenient and much cheaper. Aha's bee business thrived, and he began to throw parties like the nobles did. Except, his parties had no strings attached, nothing for pompous HiveWing aristocrats to be lured by to improve their social standing: Aha's parties were for the workers, the laborers of the Hive. Aha made sure all were welcome in his parties, SilkWings and HiveWings both.

Currently, Aha has been living in Jewel Hive for eight years, and has made a small name for himself within the hive. His modest parties, thrown to make as many dragons happy as possible, are occasionally visited by Lady Jewel. She is known to occasionally pop in, grab a homemade sugar bee, honey pop, or some other sweet that Aha has, and leave.

Aha ha is known by many dragons as the Honey King and Bee Lord. You might pass some servants in the hive giggling among themselves and whispering about "the amazing party they had at the Bee Lord's honeycomb last night." Aha is extremely proud of what he has accomplished, but still always makes jokes at his own expense--for Aha, the laughter of other dragons that he has made happy is the best thing in the world.

(ask me to add when im done thx)

if u cant tell ive given up for today lol

Sketch by yours truly

some stuff about an Aha ha 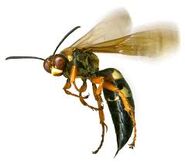 A gift from Pluto, boom (aah tysm!)
Add a photo to this gallery
i
Retrieved from "https://wingsoffirefanon.fandom.com/wiki/Aha_ha?oldid=2421829"
Community content is available under CC-BY-SA unless otherwise noted.