Be yourself, everyone else is already taken 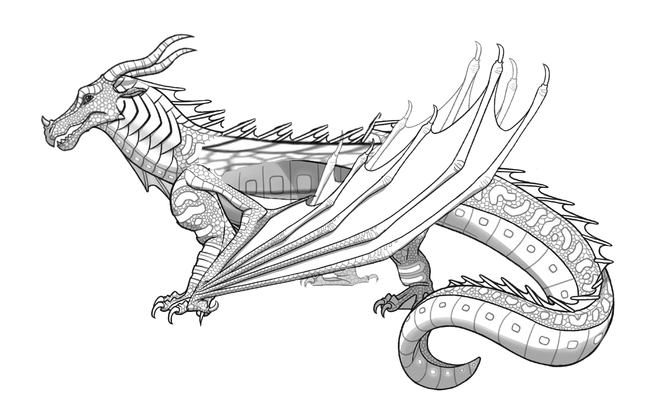 Edited Joy Ang base as a hybrid by Pokeball!!

Azure is a smaller dragonet and looks more Seawing with her Seawing snout light-up scales, ones one her underbelly, and spine. Her scales are Skywing and her horns and snout are as well. Unfortunately, her father's gills weren't passed down to her, so she's never seen the Sea Kingdom. Her wings are smaller than a normal Skywing, but her body shape is slim and her talons are Skywing. Her tail is a Seawing's. Azure is slim and graceful, even in the water, though she can't stay long.

She's more of a turquoise on her snout, which slowly fades back down to sky blue on her tail. Her wing membranes start sea green from the inside and spread to a periwinkle.

Azure is a very optimistic dragon, always looking on the bright side of things. She hates when dragons try to upset her, but tries not to show it.

But that doesn't mean you can get away with doing anything bad to her. She usually tries to be friends with everyone, but she holds grudges. She holds them for a long time.

She isn't usually shy, but if Kabibi is holding her hand, then she is quite shy. She describes this as "Kabibi's energy transferring" to her.

Seahorse tried to take care of her, but as a single SeaWing father in SkyWing territory, the going was tough.

But he found a break. A very attractive female SkyWing named Flare. Once Flare found out he was the SeaWing representative in the Sky Kingdom, she told him she loved him, but Azure knew she only liked him for his job.

Flare told Azure repeatedly that she was lucky she was now her mother, that her true mother had been a useless SkyWing. Azure hated this, but she always seemed to be happy because she had (and still has!) many friends at school that make her happy.

One day, a SeaWing ambassador came to the home of the family and with him was a beautiful eclipse-born female. Azure fell in love immediately.

For the next couple of days, Kabibi stayed over at their place as her father was doing his duties, and, as Kabibi had explained, looking for her missing brother, Deepwater.

Azure's crush on her grew. She even shared that her mother's name was actually Rust and that Flare was her adoptive mother. Kabibi managed to convince her father to let them stay a bit longer, and eventually her father caved and bought them a vacation home. They stayed there for 2 months, and Azure and Kabibi grew very close during that time.

Azure told her that she hated her adoptive mother. Kabibi shared that she adored her adoptive father, but hated her actual mother. Her real father had died too, and her mother blamed it on her brother. Azure felt very sad for Kabibi.

Azure has slightly-weaker-than-normal flight for a part SkyWing, but she has still stronger flight than most non-SkyWings. She has some weak fire, and her light-up scales mean she can speak some Aquatic.

But as said above, she has no gills, so she cannot breath underwater. She also is very sensitive because of her mother's death, and easily becomes angry. (Usually she only gets really mad at Flare)

Azure has a huge crush on Kabibi, and often finds herself stuttering when she speaks to her. She hopes that Kabibi loves her back. She thinks her scales are beautiful and special.

Azure hates her adoptive mother. Azure is not one to hate, but Flare is an exception. Flare only likes her father because of his job description. SeaWing representative in the Sky Kingdom. Azure finds she often tries to diss her late biological mother, Rust, saying she was a terrible SkyWing. Azure hates that.

As a complete alternative to Flare, Azure adores her father. She thinks that he is the best dragon ever and he doesn't deserve a dragon like Flare as a mate. She wishes he would just see that. 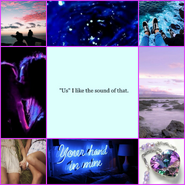 Azurbi aesthetic by MK Dragonet!
Add a photo to this gallery
Retrieved from "https://wingsoffirefanon.fandom.com/wiki/-Azure-?oldid=2091674"
Community content is available under CC-BY-SA unless otherwise noted.