Cryo is one of Sahel's OC's, do not use him without her permission.

"Well, I guess I would have done the same thing Sahel..."

Cryo is a sleek pale grey-blue dragon, with long horns and large wings. He has a shorter tail compared to most IceWings. He wears a gold pendant on his neck, attached to that is a piece of animus touched never melting ice that will allow him to survive warmer-than-healthy temperatures for IceWings. Cryo has many scars on his tail and forearms. Most of the scars are nearly healed. His eyes are a stormy grey blue with flecks of lighter blue and green with a lighter ring around his pupil. He is taller than normal and is about two heads taller than Sahel.

He seems suspicious of dragons in other tribes at first, if he gets to know them well, he may treat them with more kindness and respect. He doesn't talk much, more focused on getting things done. He is hardworking and stubborn. He is a neat-freak and can be sometimes childish to an extent. He does have a bad side, however. Dirty-minded remarks and overreactions to many things.

He was sent to check on Sahel when she moved into the ravine, he helped her collect furs, moss, grasses, and other things for her to keep warm. It was an order from the queen, he did it no question asked, he got moved up a circle for doing the orders. When the queen was satisfied that her 'prophet' was comfortable she stopped Cryo from working there and stationed him somewhere else. What the queen didn't know was that Cryo had feelings for Sahel.

Sometimes, he would visit during his free time, helping out Sahel or having a small chat. He wouldn't show his feeling, not until Sahel got used to the idea. One day, as he was leaving, he noticed a dark red splotch in the sky, he took note of this but pretended to not have noticed. The next day he came back and saw that there was a dark red SkyWing in the ravine. Then he heard the word Tuscan, this was the SkyWing's name and this was the name he was to bear jealousy on for as long as he could.

Later, during many of his visits, he noticed dark red scales littered across the cave floors. He made note of this but didn't mention it to Sahel. Sometimes, he swore he saw a tip of a horn or a tail or snout poking behind the wall. When the SkyWing showed himself, he pretended to act surprised. He tried to keep to himself at first, then he realized the SkyWing was staying so he became friendly but still tried to exploit his dominance.

"SHUT UP FOR THE SAKE OF MY EARDRUMS!"

"Watch out! Corners are deadly!"

"We've gotta stop running into each other like that!"

"All SandWings are messed up." (Assume he's talking about a race here that I HAPPEN TO BE A PART OF. Yes, this is one of the reasons we had to break up.) 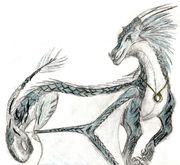 By RaevynSkies
Add a photo to this gallery

Retrieved from "https://wingsoffirefanon.fandom.com/wiki/%22Cryo%22sphere?oldid=1503675"
Community content is available under CC-BY-SA unless otherwise noted.